“Being focused on children, Ghostbusters: Afterlife can’t continue Ghostbusters‘ Reagan-era economic satire or, obviously, the sly sexual tension. The method then is to lean into a mainstream appeal, mimicking the successes of Super 8 by brandishing Spielberg-ian adventure through small town America. Shameless, but successful, and entirely appropriate for a franchise born during similar pop culture mania.”

Read our full review of Ghostbusters: Afterlife for more.

Texture resides in the image organically. Lighting runs a bit flatter than most mega budget studio flicks, delivering an image that’s a bit muddier, if by choice. That’s not an overall complaint either. Wide shots soak up tall grass in fields, and rotting wood on the farm home bring plentiful definition.

Proton streams were made for Dolby Vision, which was true for the originals and Afterlife now too. Peak brightness against nighttime darkness pushes incredible dynamics. Marginally soft black levels tend to dodge pure black, allowing brightness to make up the difference.

The more intense color, like the brightness, is saved for the effects. A flatter color palette favors pastel-esque primaries, but again, proton streams show awesome, super heated oranges and blues. 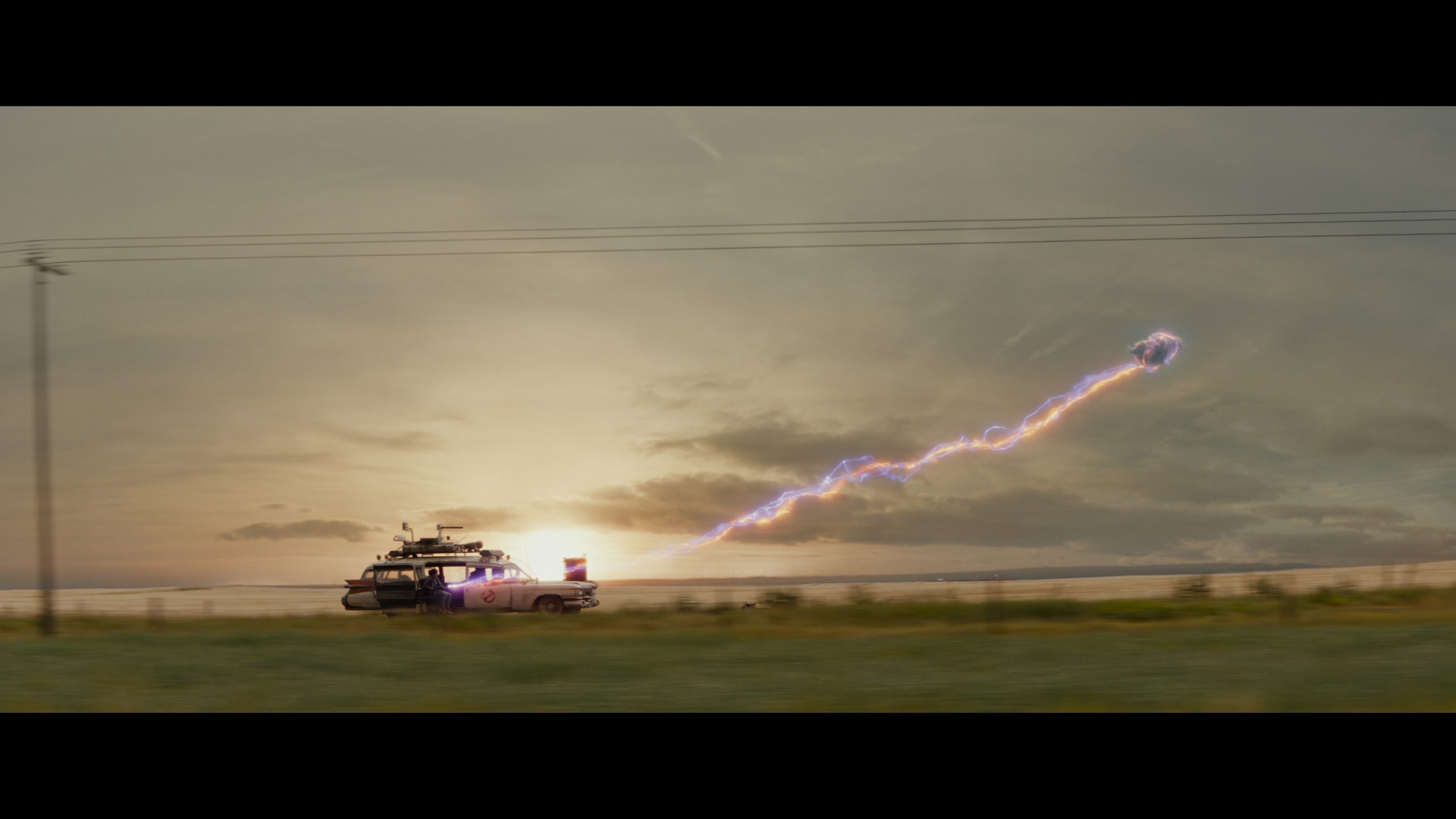 What an absolute monster Atmos track that can take its rightful place among the best yet available. From the outset, bass erupts, bouncing off the walls with tremendous weight, rumble, and force. It’s home audio spectacle of the best kind, and a system-pushing test for any equipment. Every earthquake feels real, not just sounds so. Action scenes spare nothing in utilizing the subwoofer, bringing Ghostbusters into the modern day – and better than 2016 in bass terms.

Active height usage continues at every opportunity. Ghosts fly past, proton streams swing overhead, and the positional work is just impeccable. The track misses nothing.

Keeping things on the Blu-ray, the first bonus is a solid 20-minute making-of. A six-minute featurette follows that, detailing the gadgets. Ghosts come next, their focus a bit over six-minutes. Ecto-1 has its day in the following bonus, a five-minute look. A look at all of the easter eggs takes almost eight minutes to get through (but most are obvious to fans). Those who need a retrospective on the original movies can spend 10-minutes on a fun look back. Then, a short bit on how they approached the sequel. Finally, there’s one lone deleted scene.