Surge is nervy cinema designed more for film critics than general audiences. Ben Whishaw (Skyfall) stars in filmmaker Aneil Karia’s frantic thriller as a man going through a nervous breakdown in London. Surge approaches its increasingly deranged protagonist with sympathy and understanding as his episodes become increasingly psychotic and dangerous. The uneven movie got a little buzz after Whishaw won an acting prize for its run at the 2020 Sundance Film Festival.

Whishaw may be a talented actor but Surge is mostly tedious viewing, hampered by sloppy direction and a poor screenplay. The very British indie film offers an energetic mess filled with shaky camera work. Those with motion sickness are warned. The few interesting scenes feel more like an accidental mistake than any grand plan. Karia indulges Whishaw, allowing a loud performance to dominate what is otherwise a very minimalist production.

Surge is sloppy, intense indie filmmaking about the stresses of modern life

Joseph (Ben Whishaw) works as the British equivalent of a TSA agent, a low-level worker bee largely ignored by his parents and co-workers. Unhappy with his life, something in Joseph snaps one day at his job and he starts exhibiting unpredictable behavior.

Over the next 24 hours in London, Joseph’s entire life will unpredictably fall apart. When modern conveniences start failing him in the city, Joseph makes a rash decision and starts robbing banks. Now a criminal, he’s clearly losing his mind despite echoes of his rational self occasionally popping up.

Surge is a difficult watch but its greater sin is a screenplay which appears largely improvised. It’s more of an actor’s showcase for Ben Whishaw than a coherent film. The only working element is Joseph’s relationship with his mother, one of the only moving sub-plots. When the end comes, you feel a sense of immense relief.

Surge is sloppy, intense indie filmmaking about the stresses of modern life crashing down on one man. 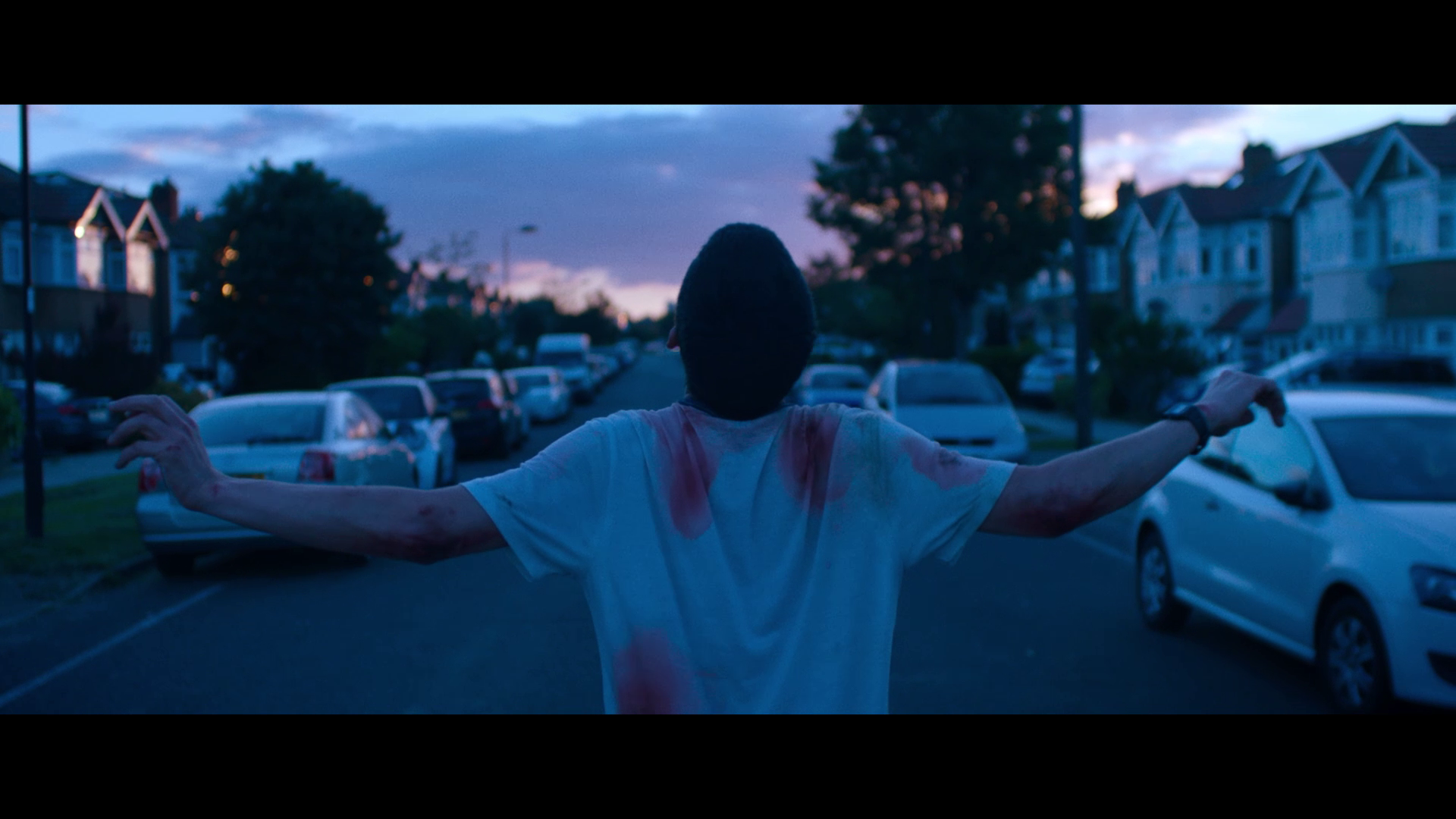 The 2.35:1 presentation offers dull, flat digital video with average picture quality for a recent indie movie made in the UK. It’s a competent transfer, a faithful job handled by FilmRise with no evident processing. Limited by the chaotic cinematography and jumpy camera work, Surge looks as good as it will ever look.

Surge runs 99 minutes on a BD-25, receiving a satisfactory AVC encode. Maybe a little noise here and there, but nothing obnoxious. Black levels are solid and while the contract could be richer, nothing sticks out of the ordinary.

Surge’s definition and clarity are occasionally limited by the weird filmmaking choices and poor compositions. One gets the feeling it was filmed in a freewheeling manner with minimal preparation. The 1080p video is serviceable but nothing special.

Surge arrives on Blu-ray with two audio options: 5.1 DTS-HD MA and 2.0 DTS-HD MA. Whichever soundtrack you pick, this is muddy audio with almost unintelligible dialogue happening all the time. I had difficulties understanding the British accents in a couple spots and had to use subtitles for help.

The surround mix uses the sounds of London’s dense urban landscape filling the soundstage with ambient presence. This is not powerful audio design but features decent bass on the low end.

Optional English SDH subtitles play in a white font outside the widescreen video.

Full disclosure: This Blu-ray was provided to us for review by the label. This has not affected the editorial process. For information on how we handle review material, please visit our about us page to learn more.

The overrated indie mess stars Ben Whishaw as a man slowly losing it in London with violent results.