Brothers Tommy and Jimmy Dorsey were both popular leaders of orchestras during the big band era. Most Sinatra fans know he got his first big exposure singing with the Jimmy Dorsey Orchestra. The Fabulous Dorseys is a musical biopic starring Janet Blair and the two brothers playing themselves, highlighting some of the best music from the brothers. Director Alfred Green crafts a swinging snapshot of the big band scene at its heights in the 1940s, featuring a number of popular musicians and big band hits.

The easygoing biopic depicts the brothers’ strict upbringing in Pennsylvania under the care of their Irish parents. There they meet Janie Howard, who befriends them as children and eventually tours with them as a singer. Janet Blair plays the adult Janie, whose romance with a piano player in the orchestra is a recurring sub-plot. Playing hits like “Tangerine” and “Never Say Never”, Tommy and Jimmy Dorsey become major stars in the 1940s.

The Fabulous Dorseys avoids serious conflicts and doesn’t always paint an accurate account of history. The biopic lightly glosses over feuds between the musical brothers, which led to them splitting up as orchestra leaders at various points.

Tommy and Jimmy aren’t terrible actors but the movie wisely avoids relying on them for major drama and tender acting. They are mostly tasked with something right in their wheelhouse – orchestral performances including a nightclub jam session with legendary jazz piano player Art Tatum. The performances smoke and every musician is in rare form.

The movie’s structure is a simple tale emphasizing the brothers’ careers. Based off a radio play, the first hour is a brief recap of the Dorseys and their rise in the music business. The final act largely consists of big band performances from a variety of well-known performers like Helen O’Connell. It’s a cheap but enjoyable biopic, relying heavily on the audience hearing familiar hits.

The Fabulous Dorseys is an interesting flick for fans of the big band sound, capturing the era’s most well-known performers. It doesn’t reinvent the cinematic wheel but combines good music with just enough drama and laughs. 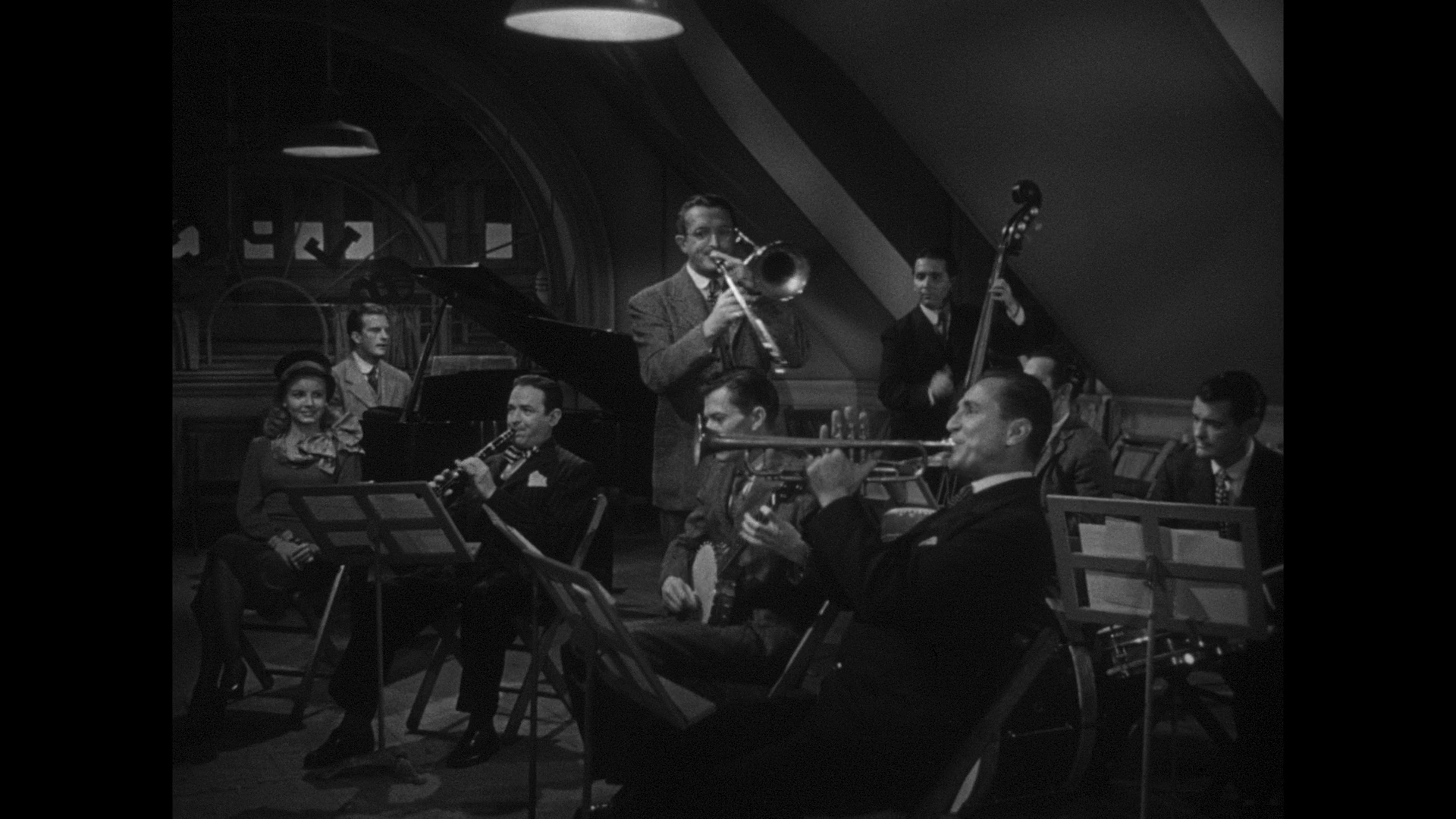 The Film Detective turns in great work for The Fabulous Dorseys. This disc represents a high-quality transfer done with best practices, ensuring a sound image harvest. The small label should be proud. Boasting “transferred in 4K from archival film elements” on the back cover, the 1947 black-and-white movie receives a crisp 1080p presentation with solid black levels and better-than-expected definition.

The 1.37:1 video reflects a proper, film-like transfer from fine secondary elements. A pre-credits tag indicates the elements are likely British in origin. They are in stable condition with no major defects. It’s not a gorgeously-shot biopic but the contrast holds up nicely. Occasional fluctuations in luminosity and brightness don’t take away from the overall picture quality.

A hint of telecine wobble and minor damage aren’t big deals. The main feature runs a complete 87 minutes, encoded in transparent AVC on a BD-50. Grain reproduction is excellent with unfiltered detail.

The Fabulous Dorseys isn’t super-sharp by modern standards but softness is kept mostly in check. It’s worth the upgrade from DVD for the improved definition and clarity.

The 2.0 DTS-HD MA in mono holds up fairly well for a Western Electric recording from the 1940s. The Big Band musical performances sprinkled liberally throughout the film are decently robust with clean vocals and energy. Dialogue is mildly thin but always intelligible. Instruments like the saxophone and trombone receive more focus in the plump mono mix.

The Film Detective delivers one of their best releases yet on BD with this special edition for The Fabulous Dorseys. Arriving in a black case, it comes with a 10-page booklet featuring an original essay by Don Stradley on the Dorsey brothers. No other label has put this movie out on Blu-ray anywhere in the world, though it was available on DVD in the UK. The disc is coded as region free.

Audio Commentary By Author Jennifer Churchill – A pleasant appreciation of the film with fine analysis, placing the film in its proper historical and musical context.

The Fabulous Forties: Big Bands on Screen featurette (18:24 in HD) – A new documentary from Ballyhoo Motion Pictures hosted by C. Courtney Joyner. He goes beyond the confines of the Dorseys as a musical act, pulling in discussion of other Big Band performers who also appeared in films of the era.

A mostly engaging musical biopic from the Big Band era starring the Dorseys playing themselves with a fresh-faced Janet Blair.