Concluding on a three-way duel involving steel rings, Crippled Avengers showcases the best of Shaw Brothers. While less martial arts than it is acrobatics, that climax is absurd in its intensity, length, and ingenuity. The choreography flows like physical magic on screen, and the build-up to this moment is worthwhile too.

Crippled Avengers uses its concept for exploitation and little else, although credit is due for utilizing disabled martial artists in what’s effectively a superhero origin story. The blind fighter, the deaf fighter, and the paraplegic fighter bond over their conditions, training their skill sets to match their handicapped state. In Shaw Brothers fashion, these segments turn into martial arts demos, some remarkable in their visual flair.

Beyond the heroes three (technically four given another suffers brain damage for comic effect), Crippled Avengers formulates a routine plot, the good-versus-evil standoff against a tyrannical warlord. Where most genre films deliver a rather blank villain, Crippled Avengers begins on a graphic attack against his wife and child. This strike leads to decades of fear in this local village, transforming from empathy over the loss to narcissistic cruelty.

The theme is then clear – the worst of us persist when the rest do nothing. It’s practically tradition in Shaw Brother’s work, yet Crippled Avengers adds an additional element. Among the able-bodied villagers, it’s only those who suffered lifelong harm who take up this cause. Even though Crippled Avengers deals in pure kung-fu fantasy, it’s an inspiring folk tale, meshed with ‘70s era violence.

Although easily lumped together alongside its cinematic brothers, Crippled Avengers finds a distinctive style. Fighting consistently shows different techniques, masterfully photographed in sustained long cuts. It’s less about fighting accuracy than using the medium for athletic prowess. At times, the brawls feel in line with Jackie Chan’s best work given the glimpses of humor, then concluding on piercing strikes and showers of gore – not so much Jackie Chan. Yet still, an unforgettable work that celebrates all that makes kung-fu filmmaking wonderful. 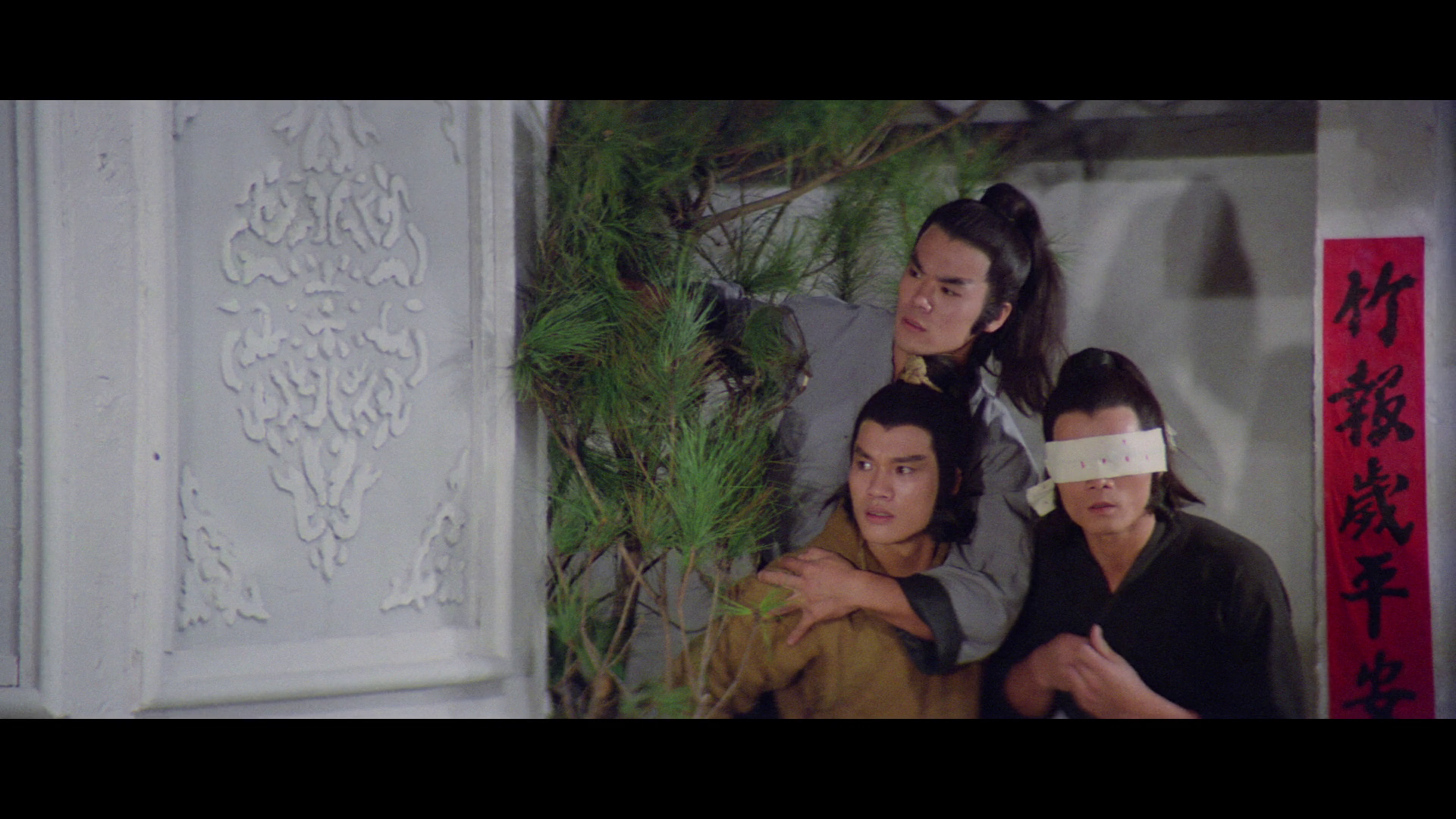 On the flatter side, Crippled Avengers lacks depth. Shadows don’t deliver and the contrast runs slightly dry, if with limited impact. It’s not unusual for the age. This continues into the color saturation, also dull, lacking the vivid primaries compared to others in this Shawscope set. For clarity, it’s okay. Flesh tones appear natural, and the dustier primaries poke through the haze.

What matters is the spotless print, freed from imperfections like dust or scratches. This master preserves the grain structure, keeping the image organic in appearance. The scan shows appreciable resolution and as such, sharpness remains high, along with textural qualities. Other than typical cinematography choices and source limitations, Crippled Avengers flourishes.

Original Mandarin and an English dub come in DTS-HD. Either is adequate, the Mandarin preferred however. A slight static behind the dialog reveals the age. The score balances well, even driving some bass into this mono track, and it’s cleaner than the wobbly treble when at its peak. Unremarkable, but sufficient.

A 2003 interview with star Lo Meng is first, and then a short featurette on director Chang Cheh, the same as the one included with Five Venoms. Trailers and stills mark the end.

Conceptually clever, Crippled Avengers follows the kung-fu formula of revenge and righteousness, albeit with an enjoyable twist.