Two disparate storylines fill Challenge of the Masters. Until the final moments, they never connect successfully, and even then, it’s a loose plot conjunction centered on kung-fu’s morality.

It’s traditional Shaw Brothers material – the story of an ill-tempered student sheltered away to train for months, even years, all to conquer a singular foe. Huang Fei Hung (Chia-Hui Liu) is that unstable hero, lacking discipline and consumed by frustration until given the proper tutor. There he learns patience and compassion, the core narrative beat leading a sensational staff and bamboo brawl against a local assassin. There, Challenge of the Masters lays everything out. Story complete.

Challenge of the Masters isn’t a stand-out, and generally forgettable

Yet it’s not. Surrounding that is a festival between martial arts schools, and a competition pitting them against one another. For all of its color, including decorated banners and uniforms, the scene becomes an uncontrolled melee, trying to impress on scale alone. To note, the scale IS dazzling, but punctuated only through brief isolated moments where choreography can thrive.

This climax plays into themes introduced previously, that of self-worth, mutual respect for opponents, and empathy, even for those in the wrong. Challenge of the Masters deviates from Shaw’s usually violent depiction of Hong Kong’s history. This entry in their line actively avoids death, and makes its hero the one who shows self-control, not one who brutalizes his foe. For the otherwise pedestrian master/student design, choosing less aggression stays truer to core martial arts values than most genre efforts that drive themselves on exploitation potential.

Taken as a whole, Challenge of the Masters isn’t a stand-out, and generally forgettable. Much as it tries, the scale falters to excite, and while at times momentous, choreography only finds fleeting effect, holding out until the last act. 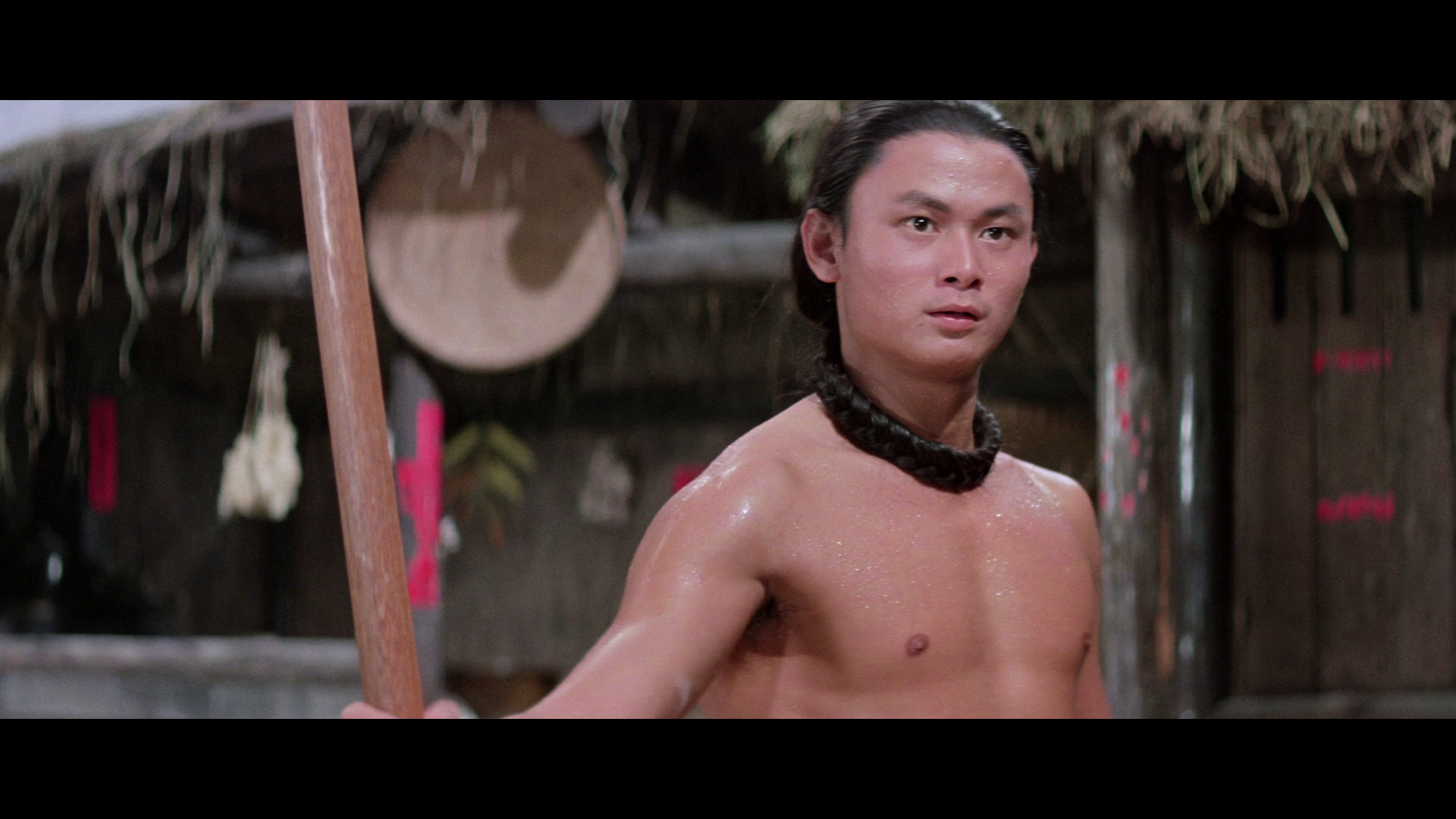 Superlatively sharp, Arrow’s master reveals intense detail in the film stock. Facial texture looks outstanding and natural, held together by a thin, resolved grain. This consistency draws out the clarity inherent at the source, which is a film stock flawlessly maintained. There’s no damage or dirt to report.

Opening on a festival, color saturation makes an immediate impact. Sensationally bold reds make up decorative pieces. Challenge of the Masters then settles down into a more natural palette focused on keen flesh tones, precise primaries, and other organic hues. It’s gorgeous. At times, splotches do appear, discoloring small parts the screen, a minor fault.

Mandarin, Cantonese, and English tracks are on offer. Stick with the Mandarin for accuracy. While high-end treble wobbles and dialog carries some static, the overall impression is that of an accurate, pleasing replication from a dated source. The lesser fidelity isn’t concerning, and absolutely normal.

Tony Rayns opens the disc, speaking on director Lau Kar-leung and nearly reaching a half hour. A Gordon Liu interview dates back to 2002. Textless credits precede trailer and image galleries.

Challenge of the Masters

Challenge of the Masters doesn’t join its two disparate storylines together, leaving it feel like two separate productions, even if both have high marks.