When MLB superstar Ronald Acuna Jr. went down in July, no one took Atlanta’s chances at winning the World Series seriously. That didn’t stop Braves GM Alex Anthopoulos from making a series of ingenious trades late in the season, filling out several holes on a team decimated by critical injuries. Having made it one win away from the 2020 Fall Classic, most fans had already accepted this was not the season for a legitimate World Series run.

Like they’ve done for the past six World Series champions, MLB has produced a well-constructed documentary about the 2021 World Series. All six games of the battle between the Braves and Astros are covered using original Fox broadcast footage, interviews with key players, and behind-the-scenes clips. Done in MLB Network’s glossy coverage style, it should warm the heart of any Braves fan. All six games are given equal treatment, though there isn’t much here for Houston fans. The focus is clearly on the Braves and their contributors.

Atlanta rapper and personality Ludacris narrates the documentary, who does a respectable job. He’s no professional narrator but it’s understandable MLB wanted a name with some youth appeal. The good news is that most calls are taken from radio and television broadcasts, so Atlanta fans will occasionally hear voices like Joe Simpson call highlights besides FOX’s Joe Buck and John Smoltz.

Specific players tend to receive prominent coverage in games they actually did something. Atlanta favorites like Tyler Matzek and Dansby Swanson sit for private interviews, providing insight into the action and what was going through their minds during pivotal moments. If there’s one star in the documentary, it’s Atlanta native Dansby Swanson. Curiously, 2020 NL MVP Freddie Freeman isn’t heavily featured. Managers Brian Snitker and Dusty Baker receive a lot of screen time. Their personal connections to Hank Aaron are one major sub-theme.

I’ll admit that as a fan for many years, I thought the Braves were done when ace pitcher Charlie Morton went down with a broken leg in his first World Series start. But thanks to an incredibly hot bullpen, dubbed the Night Shift, led by three-headed monster Tyler Matzek, Will Smith and A.J. Minter, and timely hitting from World Series MVP Jorge Soler and others, helped push Atlanta over the top. The city’s fans can now wash out the taste of losing the Super Bowl with a 28-3 lead. 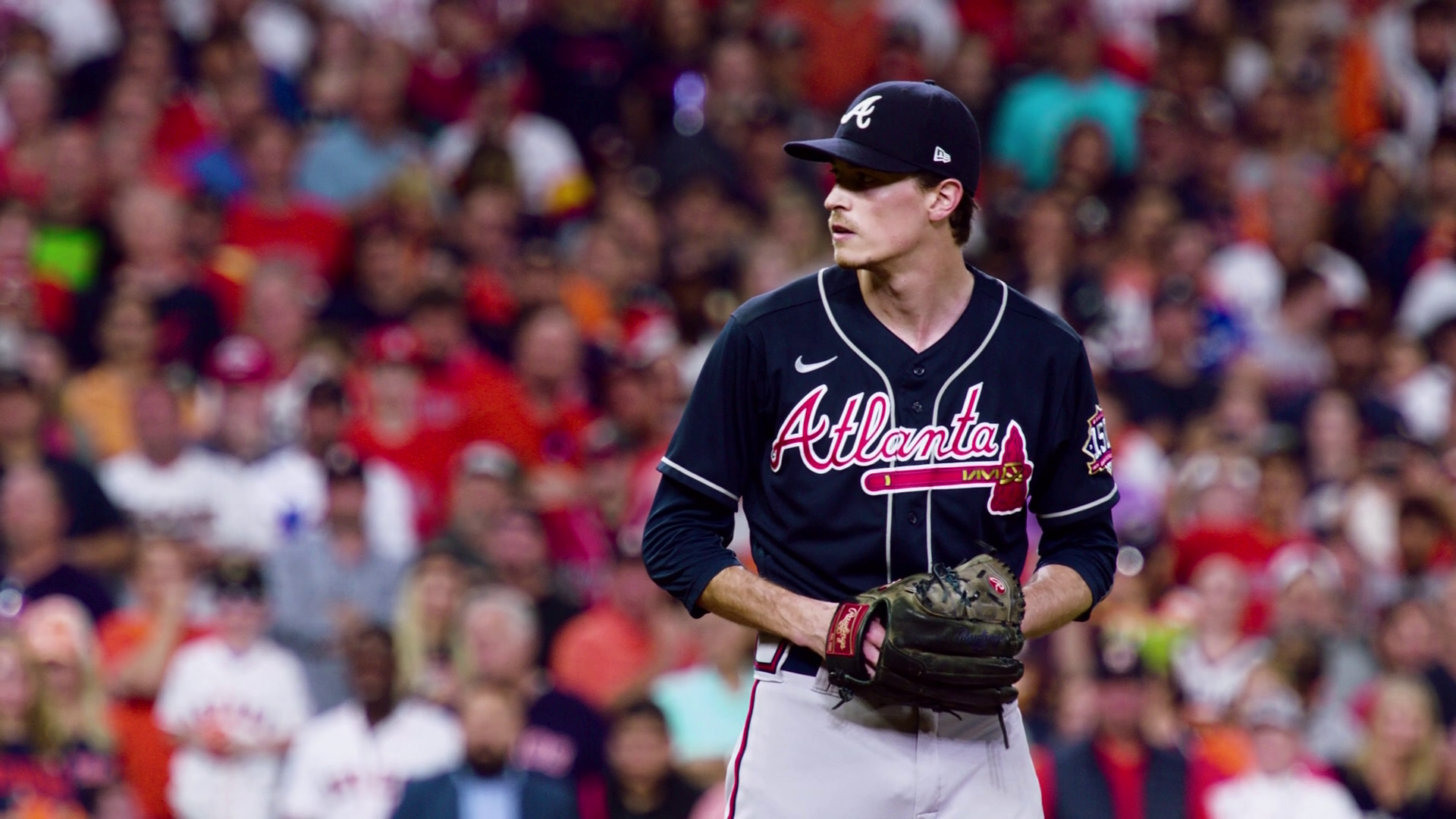 The richly saturated, clean 1.78:1 presentation has excellent clarity for interlaced 1080i video. The entire documentary runs 89 minutes, encoded in flawless AVC on a BD-25. Game footage from the World Series looks better than it ever did on Fox’s original television broadcast, including side angles I don’t remember seeing before. Talking head interviews are presented in sharp HD video with sparkling depth and sharp definition.

Narrated by Atlanta resident Ludacris, the 5.1 DTS-HD MA audio is surprisingly crisp and robust for a sports documentary. Game clips create an authentic ballpark experience across a spacious soundstage. The crack of the bat and the roar of the crowd produce lively, dynamic audio. When fans at Truist Park start chopping, the excellent bass places you right in the front row.

The special features are underwhelming considering the amount of on-air coverage MLB Network produces for each World Series. The World Series Parade highlights are especially disappointing, which ran for hours on local Atlanta television and featured candid interviews with the players as they celebrated on the team’s parade bus.

If you want the complete broadcast game footage for each World Series game, go with the far more expensive collector’s edition set. Several short promos for MLB play before the main menu. This is a Blu-ray and DVD combo package.

“How They Got There” Featurette (06:35 in HD) – Employing MLB Network clips and highlights, this featurette collects Atlanta’s championship journey in easy-to-digest form over a long season.

2021 Walk-Offs (05:41 in HD) – Each final play from Atlanta’s walk-off wins during the season and playoffs are included.

Clinching Moments (06:31 in HD) – Highlights from the final out of each important clinching game are included.

World Series Parade (01:44 in HD) – This should have been far, far longer. I have no idea what MLB productions was thinking.

MLB provides a vivid memento for long-suffering Atlanta fans as the Braves capture the World Series in six games behind such unlikely names as Jorge Soler, Eddie Rosario, and Adam Duvall.