Casual Sex? is a relic of the 1980s, a firmly reactionary sex comedy starring Lea Thompson and Victoria Jackson reflecting the decade’s greater cultural forces. As awareness for the AIDS epidemic started blooming, it made many question the sexual revolution and rethink dating. Casual Sex? explores those questions with a wry smile, relying on its star performers papering over an underwhelming screenplay.

Both lead stars navigate the perils of single life with an emphasis on the female perspective. Personally adrift confronting society’s changing attitudes towards sex and casual dating, the often-sluggish narrative has a hint of emotional truth while rarely delivering the goods. Casual Sex? isn’t strictly made for women but it surely resonates better with female audiences. Scenes which once landed with laughs largely fall flat today.

Casual Sex? is a snapshot of women’s attitudes toward dating during the 1980s

Stacy (Lea Thompson) and her mildly repressed best friend Melissa (Victoria Jackson of SNL fame) are looking for healthy romantic relationships. The dating scene they encounter is full of men looking for casual hook-ups and quick sex, which has become tiresome for the women. Typifying this outlook is comedian Andrew Dice Clay, who appears as a thinly-veiled take-off on his macho stage persona.

Based off a stage play, the fluffy humor in Casual Sex? is dated and never gets much beyond amusing. This isn’t a punchy script with sidesplitting jokes flying everywhere. Casual Sex? is a snapshot of women’s attitudes toward dating during the 1980s. Even Andrew Dice Clay softens his typical act. To the movie’s credit, his role is turned into something more than a cheap caricature.

Casual Sex? is an early prototype for those romcoms which are nominally about the challenges of dating, but end up being neither funny nor romantic. It exists as a dramedy that leans heavily on Lea Thompson’s charisma and the cast’s okay chemistry. The good news is that Thompson here is at the top of her game, elevating an often mediocre story about sex into something watchable. It’s not a great movie, or even a good movie, but there is an audience for this kind of bittersweet polemic against casual dating. 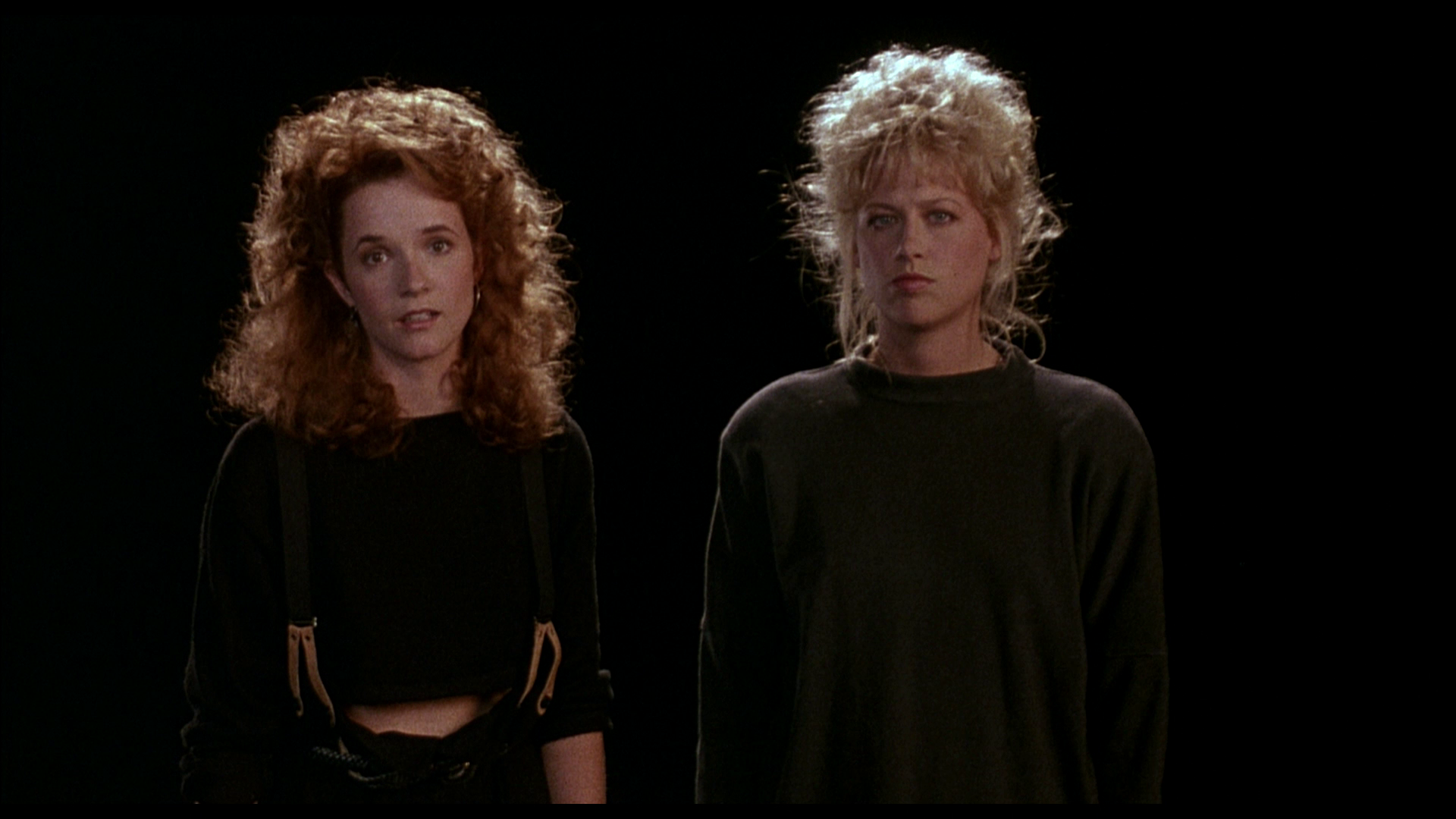 Aside from minor ringing and a preponderance of oversaturated magenta, this older film transfer from the negative by Universal is quite decent. Maybe a touch soft, reflecting a telecine or lesser resolution image harvest. Mill Creek licenses the 1988 film from Universal and re-uses the same basic HD transfer used on the 2018 Blu-ray.

The main feature runs 87 minutes, encoded in adequate AVC on a BD-25. Clarity and definition aren’t stunning but the clean cinematography offers a perky contrast and decent colors. It’s a rather appreciable bump in video quality over DVD and appears almost identical to Universal’s earlier BD.

The film elements are in fine shape with minimal wear. Black levels are crisp. The film scan is unfiltered. Grain reproduction is slightly soft and messy but otherwise acceptable. Mill Creek gets a bad rep but this slightly older transfer from Universal reproduces the 1.85:1 presentation in pleasing quality.

The original theatrical soundtrack in 2.0 DTS-HD MA audio does a good job with dialogue and the music by Van Dyke. Songs by such ‘80s acts as Buster Poindexter, Dan Harman and Gladys Knight are on the soundtrack, which all sound quite robust and full. This is a strong stereo mix with lively imaging. The recordings have excellent fidelity and solid dynamics. Dialogue exchanges are always intelligible and clean.

Mill Creek reissues Casual Sex? on Blu-ray as part of its Retro VHS slipcover line. Once again the budget label reissues a movie Universal themselves put out only three years ago on BD.

Universal’s more expensive edition featured largely identical A/V quality but did offer a smattering of special features, including deleted scenes and an alternate ending. Mill Creek’s disc is listed as Region A but in actuality is coded for all regions.

No bonus features have been included.

A mildly amusing comedy from the 80s about sex and the perils of casual dating from a female perspective, starring Lea Thompson and Victoria Jackson.