The Monkey King Reborn mines ancient Chinese folklore for a richly animated adventure in the mold of Kung Fu Panda and countless other adaptations. Chinese audiences love these characters and they keep appearing in a variety of mediums, so you’ll be forgiven if everything feels slightly derivative. This time the Monkey King is portrayed as a feisty but ultimately loyal trickster. He’s a perfect template for mixing laughs, intense action, and well-meaning morals in a family-friendly wrapper.

This movie follows the Monkey King and his fellow disciples upsetting the order of heaven when they steal forbidden fruit. The sacred fruit can bestow immortality on anyone. The Monkey King has accidentally awakened a friendly spirit living in the fruit he dubs “Fruity.” Yes, Fruity is an adorably cute critter made for children.

The Monkey King’s actions also lead to the return of the first demon from his prison, a fearsome creature from which all demons arose. Snappy banter and lively adventure predominate as the Monkey King must rectify his mistakes and battle the powerful primordial demon.

It’s a mostly family friendly tale filled with colorful characters and plenty of dramatic fights. The storytelling isn’t particularly innovative but serves as a fine introduction if you are unfamiliar with Chinese folklore. The Monkey King Reborn isn’t essential Chinese cinema but serves up a fun tale for all audiences. 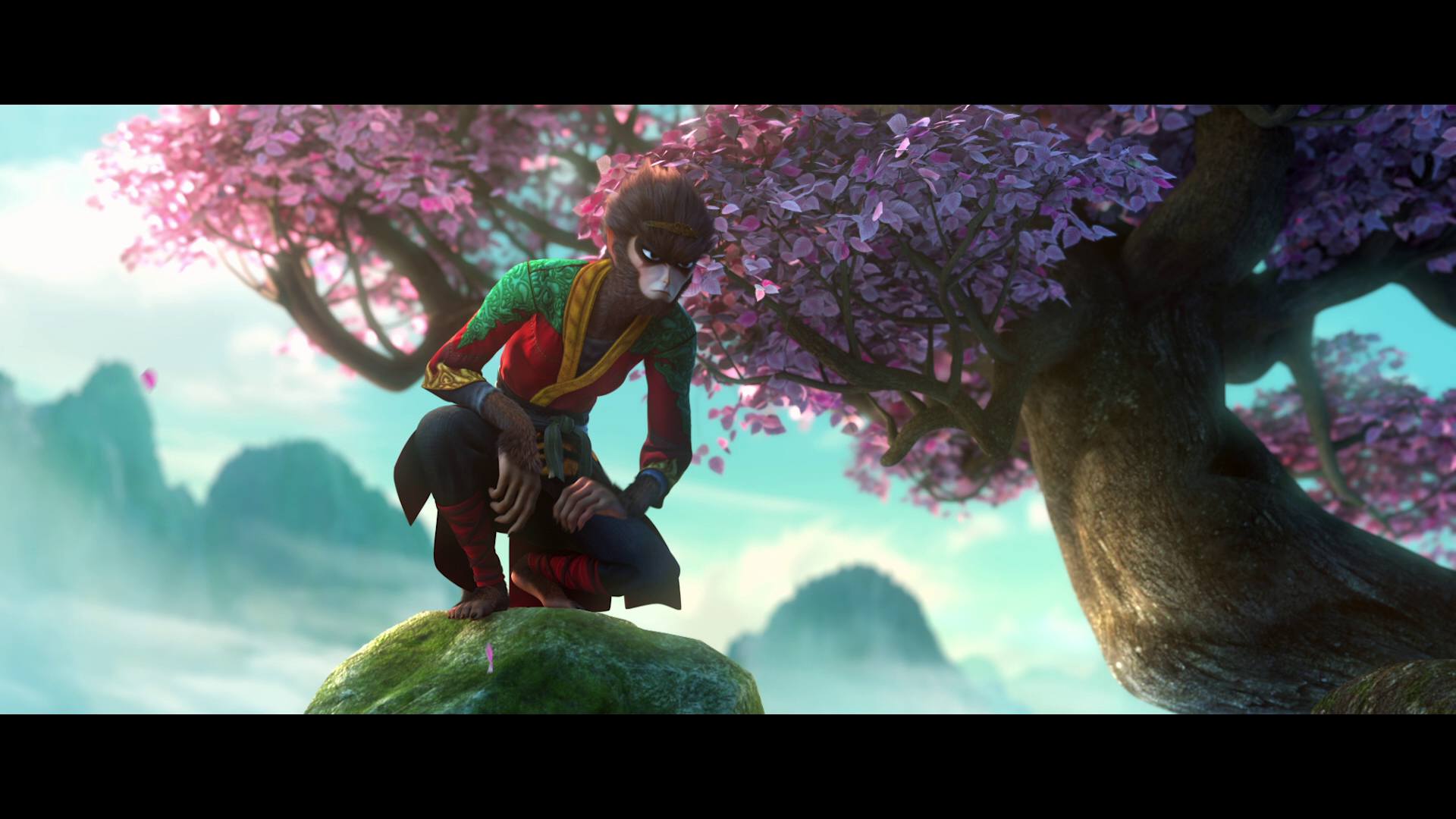 The Chinese production doesn’t quite have the technical expertise and craft of a Pixar or DreamWorks flick. However, this is a strong 2.39:1 presentation with stunning highlights and plenty of amazing eye candy. The razor-sharp CG exudes startlingly crisp details.

The original Mandarin is heard in excellent 5.1 DTS-HD MA with superb immersion and widespread discrete activity. It’s a high-powered effort loaded with clean bass, lush instrumentation, and an array of precise sonic cues. The English dub’s 5.1 DTS-HD MA matches its Chinese counterpart in terms of immersion and intensity with a dynamic mix backed by a spacious soundstage.

High-flying battles between the Monkey King and his adversaries provide impressive audio as characters explode with energy and engaging movement. Surrounds come alive with sweeping directionality.

It should be mentioned the English dub seems to be aimed at a slightly younger audience, smoothing off the rougher edges found in the original Mandarin dialogue. This is based off the differences heard in the English dub and the separate English subtitles.

Optional English subtitles play in a white font inside the scope presentation. The English subtitles are an actual translation of the Mandarin audio and slightly differ in tone than the sanitized English audio. They are not dubtitles. Both English and Mandarin soundtracks have 2.0 Dolby Digital options.

Outside of various trailers, no special features are included. The Blu-ray is likely only coded for Region A.

Well Go USA Trailers (06:15 in HD) – Trailers for Raging Fire, Jiang Ziya, and Ne Zha play before the main menu and can also be chosen from the menu.