Upon release in the US as Five Fingers of Death, A King Boxer ignited the kung-fu cinema craze Stateside. No wonder why: It’s gloriously violent, aggressive, and exotic, if not original. Much of A King Boxer clones The Chinese Boxer from two years prior, but the films still work on individual levels.

A King Boxer is the saga of Zhihao (Lieh Lo), a Rocky-like figure amid a brutal conflict between dueling martial arts schools. The genre owes much to this formula, from the betrayals to murders and eventual revenge.

Grindhouse cinema owes much to this genre, and as such, to A King Boxer

The fighting works, of course. Martial arts take the focus, at times wonderfully exaggerated by sending people through ceilings and walls with mere punches. Zhihao’s limited skills find themselves frequently over-matched until he’s given a new technique, which A King Boxer dresses up through lighting, close-ups, and an instantly unforgettable screechy musical motif. Villains look inside windows with cold stares, cigarettes dangling from their mouths in total rebellion, the cool factor easily butting against American westerns from this period.

Like Chinese Boxer, A King Boxer takes a similar thematic path, echoing the anxieties toward Japanese occupation, if smartly twisting that idea via a villain who takes shame in collaborating with this foreign enemy. Inviting Japanese to help in this war is taken as a sign of desperation, turning villains into super villains. There is a commonality neither side admits to, but brings a sense of rationality to actions that, more often than not, appear utterly irrational. Eyes are poked out, swords find their targets, and others are beheaded, all over a merciless duel between training schools.

Between the marvelous brawls, A King Boxer churns through a hokey, stubbornly paced romance. Melodrama runs overlong, and robs A King Boxer of energy. Training montages don’t work in sequence, Zhihao darting between skillful and worthless. That robs the narrative flow, although A King Boxer quickly recovers via the numerous action scenes. Each is a delight, and bloody to an extreme that’s as preposterous as it is dramatic. Grindhouse cinema owes much to this genre, and as such, to A King Boxer. 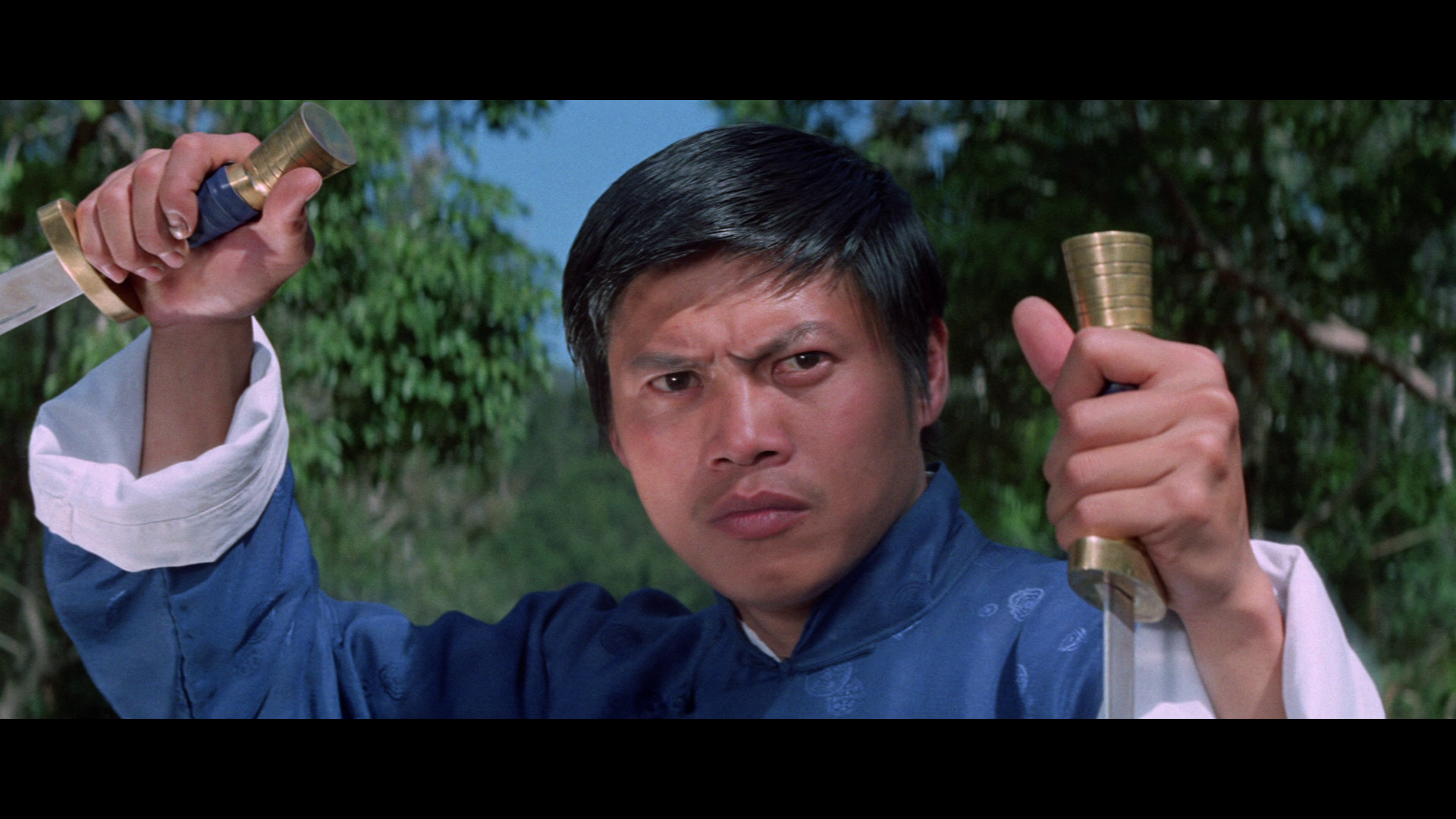 Dazzling material by Arrow gives A King Boxer a gloss that, likely, it never had. Glistening color brings out primaries to a brilliant extent, the reds and blues gorgeous. Even “gorgeous” isn’t a strong enough word. There’s no sense this is handled by digital tools, but wholly natural to the film stock. It’s magic.

This is helped by a truly sensational scan, almost certainly done at full 4K based on the sheer amount of sharpness and texture evident. The small film grain is no bother to the encode, making this transfer totally transparent to the source. There’s no damage or dirt remaining on the print either, meaning the detail is unobstructed.

Age takes no brightness from the material either. A King Boxer appears wonderfully bright, the whites pure and properly calibrated. Black levels counter with their substantial weight. The occasional lapse isn’t unusual, and part of the cinematography.

Outside of the thin score, a crisp DTS-HD mono track in Mandarin (an English dub is also an option) is preserved precisely, the dialog only slightly distorted when at peak treble. It’s rare to hear early Shaw Brothers sound so clear (or it was so, anyway).

The only miss then is the music, overly thin, scratchy, and strained. Still, A King Boxer balances this well amid the action and the iconic loud sound effects from punches and kicks.

David Desser opens the bonuses with a commentary track. Tony Rayns comes next, chatting for 42-minutes (!) as he appreciates the film and Shaw Brothers in general. An early 2000s interview with director Chung Chang-wha hits almost 40-minutes. Co-star Wang Ping is next, this interview from the later 2000s, and reaching 25-minutes. Author Cho Young-jung follows for 33-minutes.

The beginning of a three-part documentary on Hong Kong kung-fu starts on this disc, running 50-minutes in this opening chapter. The US credits are then followed by trailers and stills.