“Suicide Squad won’t earn praise for its intelligence. The revolting yet hilarious cartoon violence diminishes serious critique, but if Suicide Squad can leave an imprint on culture among this deluge of superhero fantasies, it’s the sharpened thematic content. Consider the story that sends America’s worst into a movie-derivative, South American dictatorship (played to the maximum allowed stereotypes) in what politically appears as a means to spread freedom. In reality, the government willingly sacrifices an entire city to preserve a secret.”

Read our full review of The Suicide Squad for more

Coming direct from a 4K source, the resulting images are astonishingly detailed. While there’s the off-chance to spot ringing, it’s negligible, and the only fault worth calling out. Texture explodes from every frame, reference level stuff without even a second of off-time. Absurd clarity doesn’t suffer any degrading compression.

Grading steers black levels into a literal gray area often. However, black levels do shine where the intent allows them to, proving The Suicide Squad is more than capable of generating substantial shadows. Peak brightness isn’t special, if appealing. Explosions break from the darkness, creating the needed visual dynamics. Polka Dot Man’s “condition” looks splendid too when at full glow.

Color saturation brings its own intensity. Primaries show the needed zest, fully energized even when at the mercy of desaturated aesthetics (like the opening nighttime scenes). Costume designs break free from the dense green jungle sets. 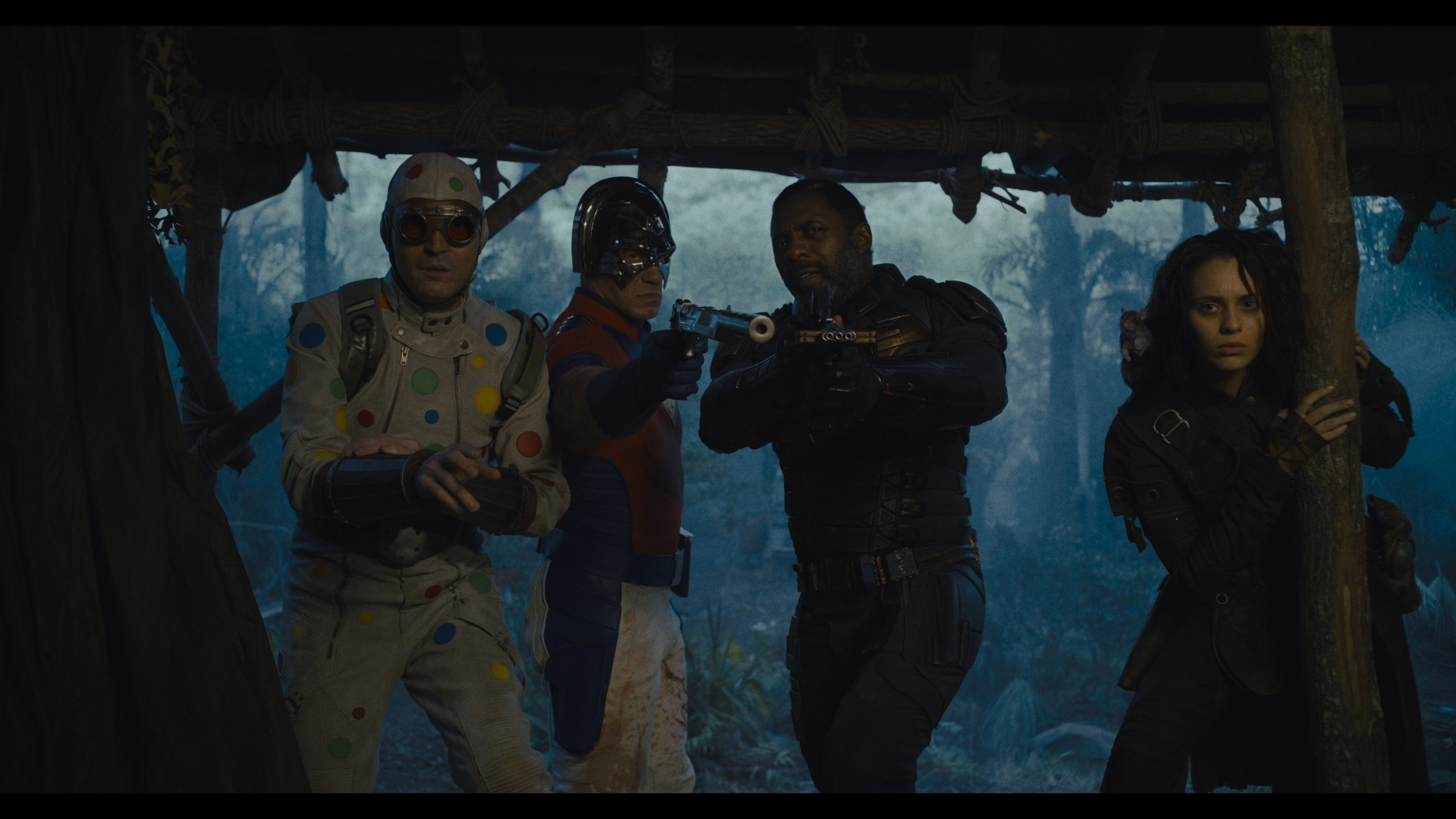 Bass stems from gunfire, rockets, and explosions. It’s adequate, and there’s enough boom to go around. The best stuff is saved for the climax when the alien starfish starts stomping about. Each step can knock down a loose frame on the wall. That’s awesome stuff.

The Suicide Squad is hilariously funny and surprisingly political throughout this adventure with superhero misfits.