The Bad Boy of Karate

“There’s an element of gentrification. An older woman stops Daniel and Miyagi to note the massive complex taking over her neighborhood, pushing her out; she’s never seen again. Miyagi opens a small bonsai business – apparently without planning – the last gasp of small business in a town being overrun by Griffith’s Reaganomics exploitation. Pollution plays a part too. Arriving back in California after their Okinawa stint in Karate Kid Part II, Daniel states, “Smell that smog!” Later, it’s learned Griffith is a hyper-polluter. Of course he is. It’s remarkable he doesn’t drown a kitten at some point.”

Another beautiful mastering job from Sony brings a pure 4K image to this release. It’s substantially sharp, resolved, and precise. Texture excels. Facial definition fills each close-up, while Californian wide shots pick up each nuance in the environments.

The only fault is grain replication. Sony’s encode struggles too often, revealing chroma noise in tough spots. The worst happens in the steam room, a mess of sparkling artifacts. Mostly, this avoids robbing texture from Karate Kid Part III, but that does happen.

Vibrant color brings pep (too much so at times) to flesh tones. Same goes for an amazing blue when the skyline comes into focus. Other primaries bring equally stellar saturation, like the Cobra Kai reds. A nice push to the contrast via the Dolby Vision pass intensifies sunlight and opposes that with brilliant black levels/shadows. Crush isn’t a problem. 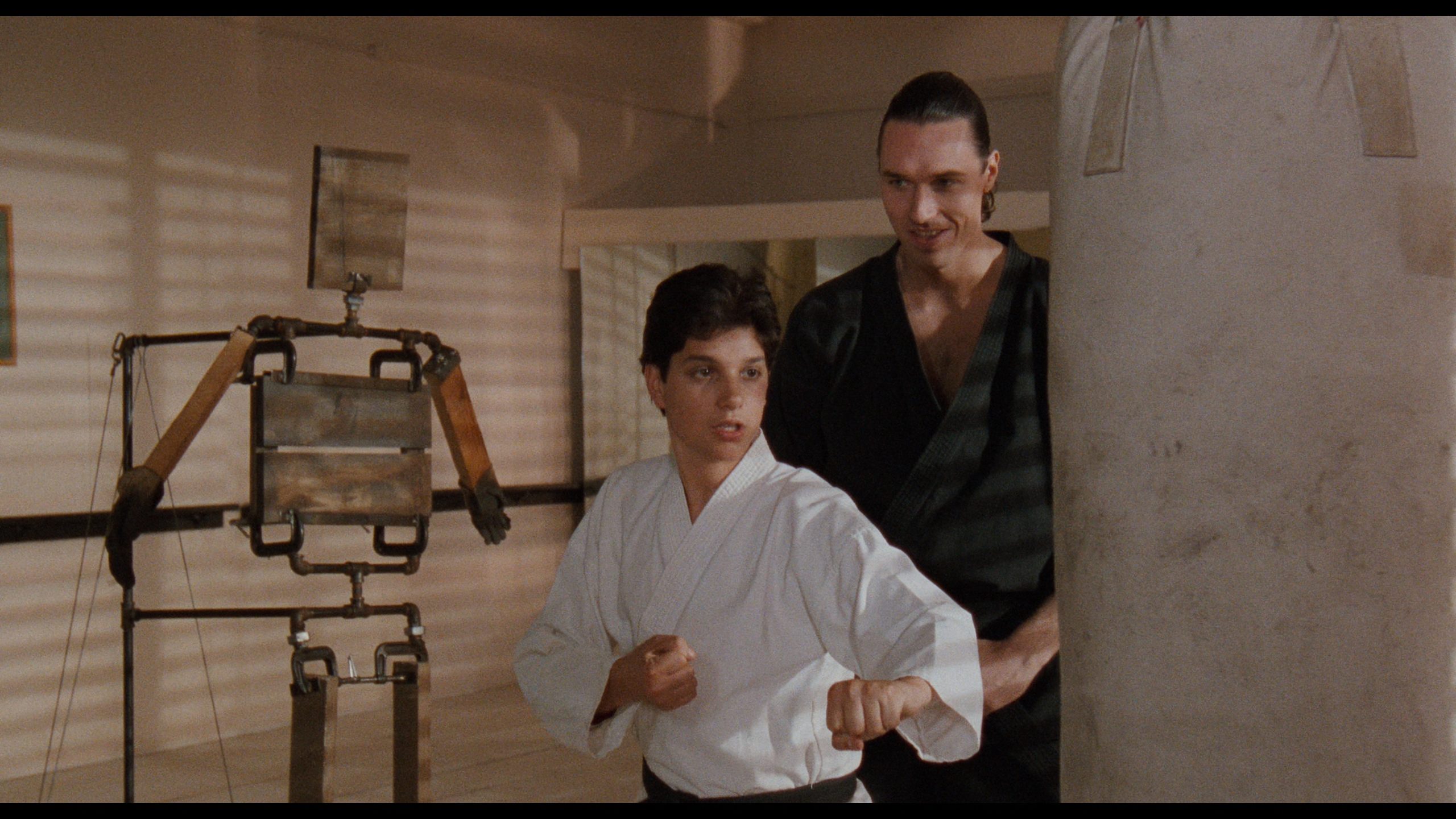 Remastered into Dolby Atmos, the mix spreads through the soundstage, using the score as a prominent factor. There’s still ambiance from cars passing on the street, or trains panning around the bonsai shop. In the cove to rescue the bonsai tree, waves splash in each channel.

Firm dialog doesn’t exhibit any aging. Overall fidelity stays smooth, if flat due to a lack of low-end.

Nothing, unfortunately, other than a trailer.

A comical villain and recycled plotting make Karate Kid Part III the weakest in the trilogy.