Warren Beatty stars in Heaven Can Wait, a harmless and spirited comedy that adapts Harry Segall’s play from 1938. Warm and surprisingly sweet, the well-constructed film is packed with laughs and owes a debt to classic screwball comedies from the 1940s and 1950s.

Nominated for nine Academy Awards and one of 1978’s biggest box office hits, Heaven Can Wait follows in the foot steps of Here Comes Mr. Jordan, the 1941 adaptation of the same play. Co-written and co-directed by Beatty himself, Heaven Can Wait sees the star at the heights of his popularity.

Playing his usual smug persona, Grodin steals most of the best laughs as a scheming executive. There’s palpable heat between Warren Beatty and Julie Christie, a delightful screen pairing. It’s the core this romantic comedy smoothly revolves around.

The second-string quarterback for the Los Angeles Rams accidentally dies before his time and angels return him to Earth in the body of a wealthy corporate industrialist. Joe Pendleton (Beatty) mostly dreams about winning the Super Bowl when he’s mistakenly removed from Earth by an inexperienced angel before his scheduled death.

Fixing the problem, Mr. Jordan (James Mason in perfect casting) returns Joe to Earth in the body of Leo Farnsworth. Farnsworth is a powerful corporate titan who has just been murdered.

Protesting one of Farnsworth’s many companies affecting her home town, English woman Betty Logan (Julie Christie) arrives at his palatial estate demanding change. Joe becomes instantly smitten with the kind Betty, a kindred soul who gets swept up in Joe’s new lifestyle and attitude.

Farnsworth’s wife (Dyan Cannon) and his top executive (Charles Grodin) are having an affair. Surprised to see Farnsworth survive their attempted murder, the pair don’t know what to think when Joe tackles life much differently than the industrialist. Now in Farnsworth’s body, Joe is desperate to get back playing quarterback for the Rams before the Super Bowl. Joe hires his old friend and trainer, Max (Jack Warden).

The comedic fantasy is one of Hollywood’s better remakes. Made with real star power for its day, the laughs are many while remaining fairly tame for the late 1970s.

Heaven Can Wait relies on an excellent cast and the incredible romantic chemistry between stars Warren Beatty and Julie Christie. Beatty isn’t quite a natural comedic performer but his up-beat hero protagonist Joe neatly suits his leading man capabilities. 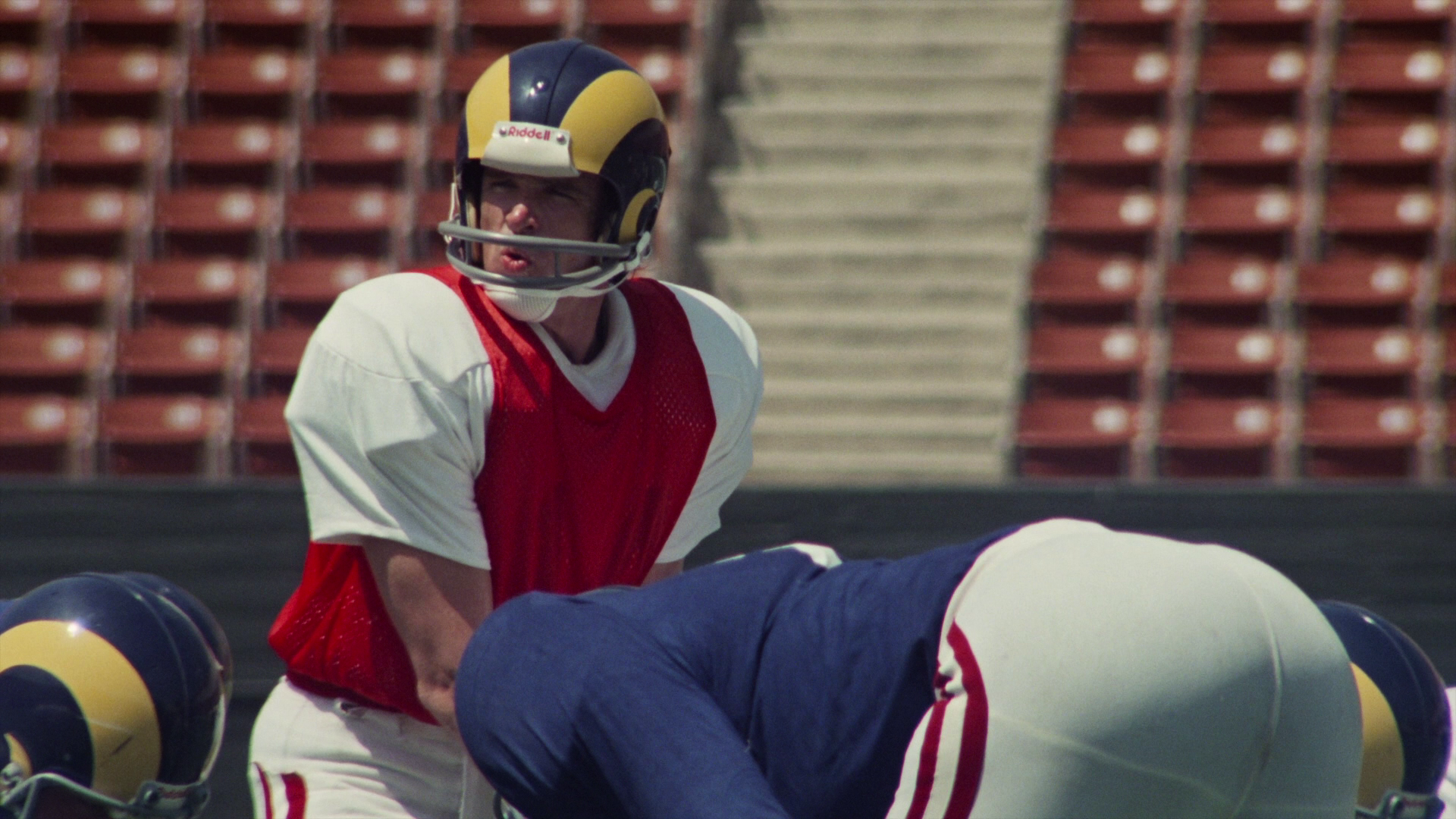 The latest information indicates Heaven Can Wait has been given a 4K restoration from the original camera negative, supervised and approved by Warren Beatty himself. That sounds great but the results are decidedly mixed. The 1.78:1 presentation isn’t quite a top-notch job by Paramount.

The adequate film transfer offers nice color rendition and healthy flesh-tones. Everything else is largely underwhelming for a new film scan, including high-frequency detail and grain reproduction. The AVC encode is superb and fully transparent.

The 1080p video is mostly crisp with excellent clarity, but has been over-processed, possibly filtered on some level, resulting in potentially lost grain and missing fine detail. This is a fair but serviceable effort at best for the 1978 production.

Heaven Can Wait’s softer cinematography and frequent glamour lighting are revealed under the harsh scrutiny of HD. Even exteriors don’t have the definition and sharpness most films from the era can exude with a fresh film scan.

Blooming pops up in several scenes. A little ringing is also visible. There are steady, inky black levels and the even contrast is better than expected. The elements are nigh pristine. There is almost no visible wear or debris, which may or may not hint at the low-pass filtering.

Paramount has released the film on digital streaming video services in UHD quality with a full Dolby Vision pass. It’s believed to be the same master used for this BD.

The 2.0 Dolby TrueHD in mono soundtrack is unremarkable with some limitations built into the original recordings. It’s a fairly anemic soundstage with limited bottom and scratchy upper frequencies. If the audio has been restored, it’s not a great effort. Dialogue is a bit strained, if always intelligible. You can tell some dialogue was looped in during post-production.

Heaven Can Wait finally arrives on Blu-ray with no bonus content. Paramount likely couldn’t get Warren Beatty to sign off on any special features. Curiously, the theatrical trailer included on their DVD is missing on this disc.

A slipcover is available on first pressings. Paramount does include a digital copy, good for a HDX version on either iTunes or VUDU.