News on the March

Criterion’s latest home video release of Citizen Kane includes an essay from film professor Racquel J. Gates, speaking as to how she explains the film to young students. Her approach is unique, drawing parallels to modern pop culture and celebrity. Yet, Citizen Kane brings a timeless perspective of American success, truth, media, and forward-facing fiction. Other than Kane’s failure to secure political office after an affair became public (and the core idea of being a newspaper magnate), it’s familiar and real, much as Citizen Kane was then.

Kane (Orson Welles) is owned by a bank from childhood. It’s more than metaphorical – Citizen Kane concerns the things money cannot buy, and how hoarding wealth is an ultimately destructive act. Kane begins his career as a newspaper owner promising to, between gratuitous sensationalism, stand up for the lower and middle classes. Through this, he finds a fortune. And through that, he finds his downfall.

Citizen Kane speaks from the past, through decades, as a warning against turning public figures into enigmas. The newsreel opening Citizen Kane is all high praise, a eulogy to ego and superficial greatness, honing in on America’s admiration of the rich. Yet, Kane was always a broken man, a swindler who gorged on statues, trying to buy what he cannot have. These men are always fragile. In 1941, the warning was too late; Hitler already had control. When losing an election, Kane chooses to run a headline that claims a rigged election. Turns out, Citizen Kane’s warning was still too late in 2020.

William Hearst sought to bury Citizen Kane, seeing the film as exposing Hearst’s own life. He wasn’t wrong. What Citizen Kane chooses to show when prowling newsrooms is another modern truth: the idea of yellow journalism, how shock value sells, and how readers want an escape, not reality. At the top is Kane, controlling the message, boasting about his dedication to the poor, yet misleading them about a capitalist truth – money keeps flowing up so Kane can build his castle; the rest keep crawling out from under the Great Depression, believing they too will one day own a castle. Those below Kane go along because they see themselves in his place.

Today, it’s corporate media giants. Rupert Murdoch and growing conglomerates now have the same leash Citizen Kane adamantly warns about while telling an enthralling story of buried pride. While creative teaching, Kanye West and Kim Kardashian don’t align with Citizen Kane so much as the recent political and media ecosystems we all lived through. 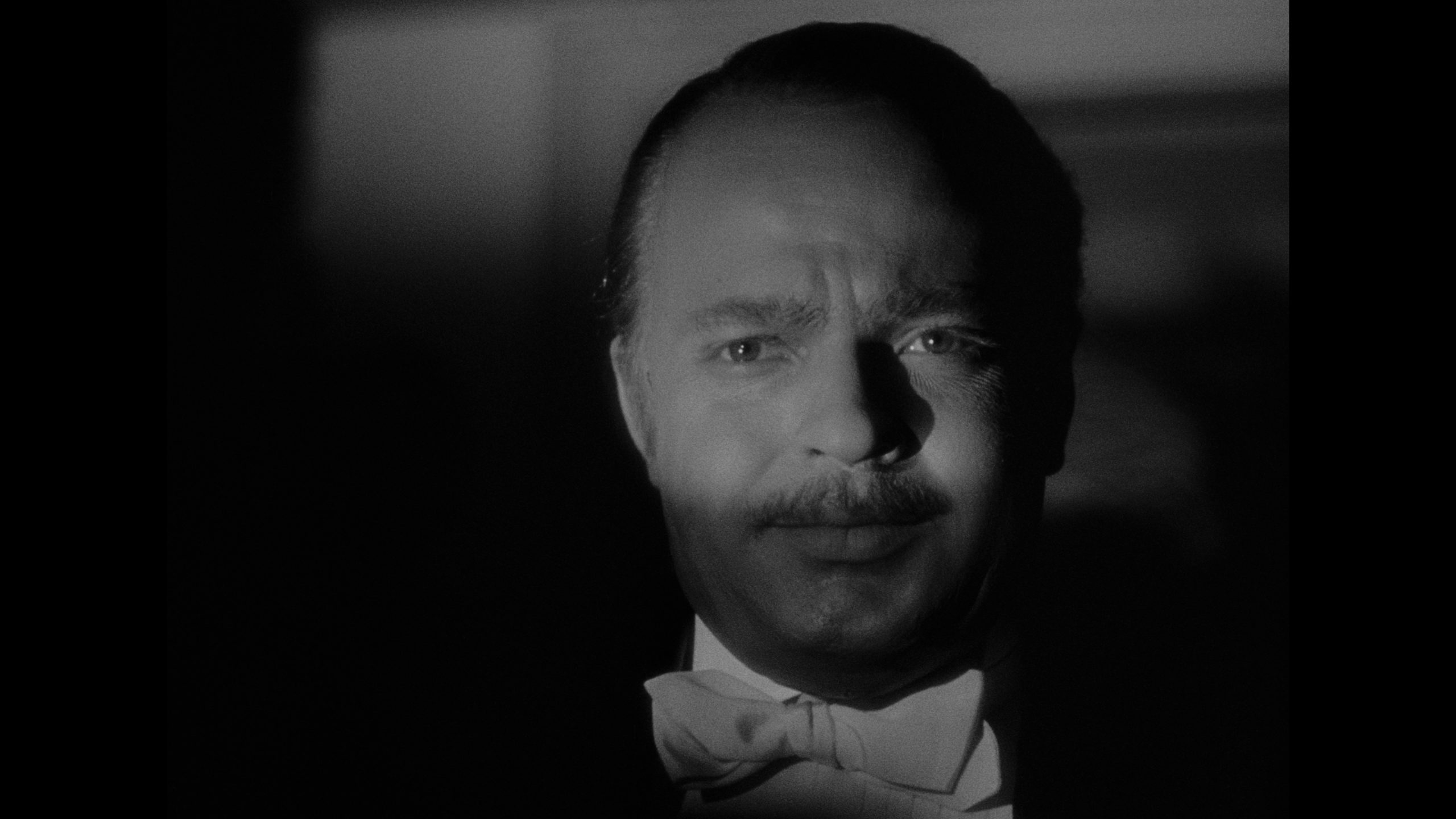 A simply masterful effort from Criterion that’s worthy of Citizen Kane, the only faults lie at the source. Scratchy stock footage and chemical dissolves bring the only inconsistencies. The rest is flawless, spotless, and sparkling. The level of preservation exhibited here is standard setting. There’s not a speck or scratch to be seen on the footage (again, aside from the stock materials) and fine film grain maintains total consistency throughout. Criterion’s encoding keeps the film stock’s aesthetic intact, even during difficult scenes with haze or snow.

Dazzling resolution shows meticulous texture in every frame. Felt costumes or furs all look impeccably defined. Set details shine, and makeup work is exposed near to a fault. Distance doesn’t matter – wide shots look just as spectacular as those in close.

In referencing vintage audio, Citizen Kane is a disc to remember. The PCM mono proves exemplary in its clarity. Occasional slight static follows the dialog, if causing no trouble. And sure, the score wobbles at the highest frequencies, yet each cue is significantly cleaner than most films of this age. Like the video, all pops and hisses disappear without making the stitching audible. It’s marvelous work.

On the UHD, Criterion includes three commentaries. The first is new, from authors James Naremore and Johnathan Rosenbaum. The next two date back to 2002, and include Roger Ebert on the first, with filmmaker Peter Bogdanovich on the second.

A triple Blu-ray set begins with the same commentaries on disc 1. Disc 2 and 3 hold the rest. The major material includes a 95-minute documentary from the BBC from 1991, followed by Criterion’s Laserdisc bonuses. A new essay introduces the film to a new generation from professor Racquel J. Gates.

Moving to disc 3, Criterion cuts together Welles’ various TV appearances for a 42-minute look at his career. It’s unique. Additional interviews stem from the Laserdisc release, plus others from the Criterion Channel. Also of interest is Welles’ first film, a silent, made when he was a teenager. Everything is, of course, worth watching, even if it’s for the second time.

A fable of American capitalism and seemingly a fairy tale given the bygone era it represents, Citizen Kane remains American cinema’s landmark in countless ways.