Frank Miller and David Mazzucchelli’s Batman: Year One is widely considered one of the best comic book stories ever published about the Caped Crusader. Miller’s gritty writing and Mazzucchelli’s moody artwork detail a younger Batman still feeling his way around Gotham and forming an important working relationship with maybe the only honest cop left in the crooked town – James Gordon.

The original story has been hugely influential in shaping these characters on the big screen. Elements from it have appeared in such films as Batman Begins. One of the primary set pieces in Batman Begins basically pulls directly from the comic book story.

Casting Ben McKenzie ended up as corporate marketing synergy for he would later play Jim Gordon on television’s Gotham. His voice acting as Batman is a little green behind the ears in Batman Year One with occasionally rough line deliveries. The real star here is Bryan Cranston as a pitch-perfect Jim Gordon learning Gotham and growing into the familiar character who always has Batman’s back. Perfectly cast as the hard-working and honest cop, Cranston was born for the role.

Returning to Gotham from his studies abroad, young billionaire playboy Bruce Wayne itches to begin his war on crime. The future superhero is still learning on the job when he comes across a young Selina Kyle working in Gotham’s red light district. He actually makes mistakes and hasn’t yet become the invincible protector of the night.

Lt. James Gordon encounters corruption at every turn in Gotham, from city hall to his own police force. When reports of the “Batman” surface as a no-holds-barred vigilante cleaning the city from crime, the mysterious hero is soon labeled a menace by the police.

Batman Year One is a mature reconstruction of Batman’s formative years as a street-level vigilante and how his relationship with Jim Gordon develops. There are no costumed super-villains and the storytelling is grounded in reality. It’s a smart take on the character and his mythos which helps explain its acclaim and popularity. This animated adaptation makes Jim Gordon more of a central character, fueled by Bryan Cranston’s great turn as the hard-boiled cop.

The PG-13 tale doesn’t quite achieve the artistic and nuanced approach found in the source material but is a fine working introduction to Batman’s early years on the job. Mixing action with just enough character depth and suspense, it’s a taut and enjoyable ride for fans.

Subjects include teen prostitution and marital infidelity, not something you’d automatically expect from a beloved comic book character. The thematically adult plot works well for the superhero, one huge reason why Batman remains so popular today.

Produced fairly early in WB Animation’s cycle of DC films back in 2011, Batman Year One was one of their first efforts consciously made with older consumers in mind. That being said, some of those movies’ early limitations creep in like the reduced running time. The movie barely breaks one hour. The traditional animation is passable but no attempt is made emulating Mazzucchelli’s highly distinctive artwork. 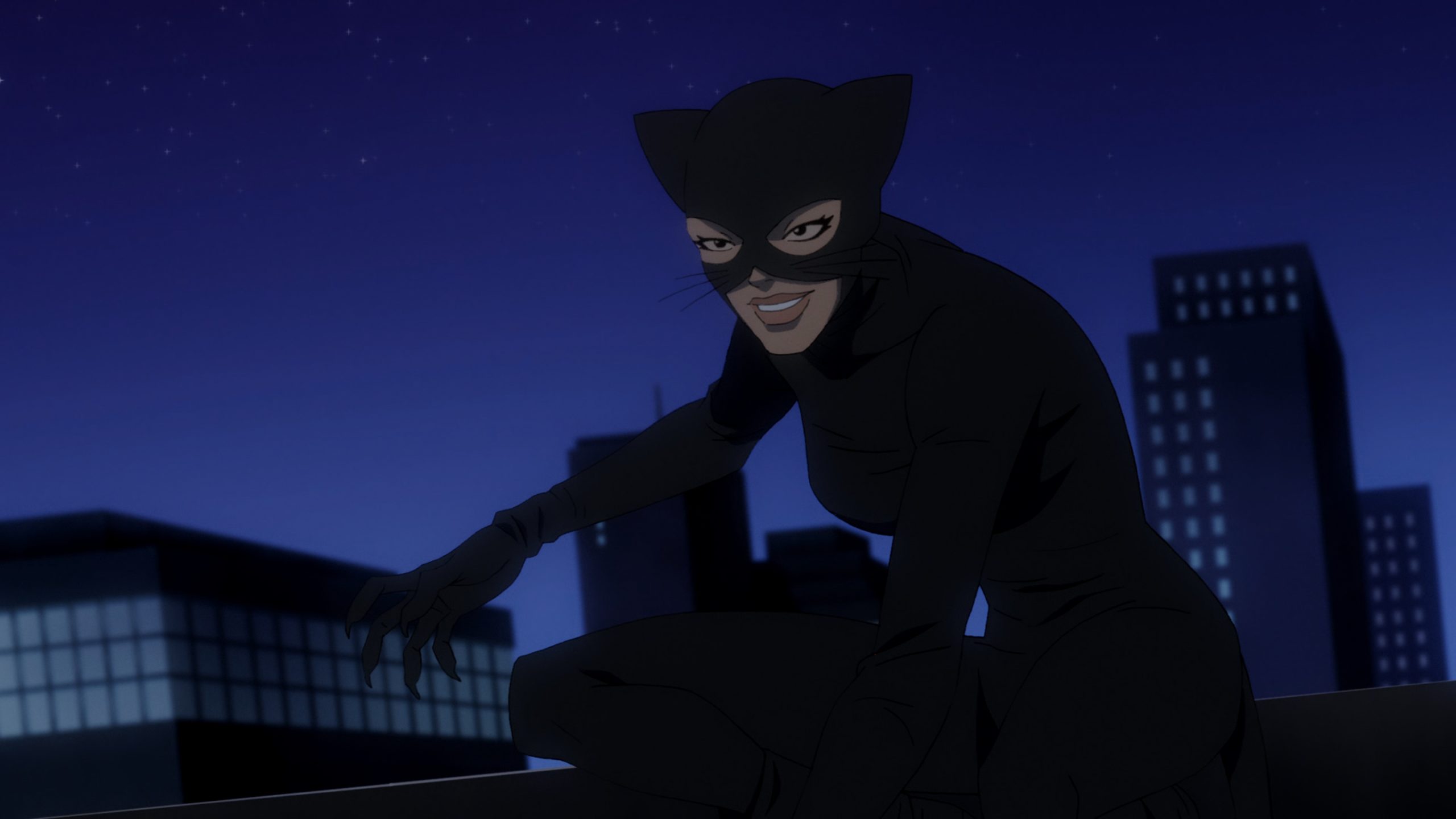 Batman Year One being released in 4K resolution is more marketing gimmick than meaningful upgrade. Produced back in 2011, the film was originally designed and animated for 1080p video when home video only cared about Blu-ray. By today’s standards, the original BD presentation was riddled with banding and other minor issues.

The bump in chroma resolution from HDR is not particularly noticeable. Batman Year One’s limited palette is suffused in darker tones, backed by perfect black levels. The solid but unremarkable animation largely holds up in decent video quality. Splashes of primary colors rarely pop up in Gotham while the few CG elements stick out like a sore thumb.

Bringing back the original 5.1 DTS-HD MA audio from ten years ago, the aggressive and well-produced surround mix hasn’t aged a day. The actively atmospheric sound design creates a vigorous test of your home theater system with an array of discrete effects and bombastic explosions. Gun play, fights, and crashes provide a real directional kick. The effective soundstage offers excellent panning and authentic spacing.

The surround mix immerses you in the city of Gotham with subway noises and other nice touches which rattle around listeners. There’s a meaty low-end coming from the dramatically forceful score, heard in striking fidelity. Dialogue is smoothly delivered while balancing the huge dynamics without audio compression and limiting.

Celebrating the movie’s tenth anniversary, this Commemorative UHD Edition release includes a Blu-ray and digital copy. First pressings should include a slipcover. Unfortunately, no SteelBook exclusives have been made for this reissue. The Movies Anywhere digital copy redeems in UHD quality on VUDU and other MA providers.

Like almost all UHDs from Warner, no special features are found on the UHD itself. They’ve all been shunted off to the accompanying BD. For those wondering, Warner has not seen fit to update the Blu-ray transfer. It is the same spotty video presentation released a decade ago. It would have been nice seeing the Catwoman short upgraded to 4K as well but replicates the same specs found on the original BD. A few special features from that disc are left off.

The only new special feature is the 21-minute featurette discussing Jim Gordon as an integral part of Batman’s world, Reinventing Gordon.

Reinventing Gordon Featurette (21:58 in HD) – A lively break-down of Jim Gordon as a character with different comments from such figures as Jim Lee, Frank Miller, Jeph Loeb and producer Michael Uslan. Covering more than simply this movie, it includes clips from shows such as Gotham and various Batman films.

Heart of Vengeance: Returning Batman to His Roots Featurette (23:25 in HD)

Conversations with DC Comics: Featuring the 2011 Batman Creative Team Featurette (39:27 in HD) – An interesting and extensive piece with such luminaries as Denny O’Neil and Dan Didio discussing the film and original story.