Better to Sleep In this Case

For three movies, the Underworld series created a world where ruthless, smug vampires dominated over an enslaved race of werewolves. Just one film prior in Rise of the Lycans, Underworld told of a full rebellion against their oppressor’s elitism. In mere minutes, Underworld Awakening tosses it all out.

Selene (Kate Beckinsale) missed the interesting part of this story while in a cryogenic freeze. Given this is her perspective, the audience is cheated too, never seeing how humans finally realized these dueling clans existed – or explaining how no one noticed beforehand. Regular people become hunters, eradicating both vamp and wolf alike, treating them like a plague. The political machinations involved in that decision are infinitely more fertile in storytelling possibilities than what resulted.

Underworld Awakening is asking the fan base to reverse course

Rather than build on The Matrix as in the original, the influencing factors here are the equally trashy Resident Evil movies. Between now obnoxious action, the werewolves become corrupt capitalists, trying to save themselves from extinction as vampires barely survive underground. It’s a role reversal, yet shameful as their actions are, Underworld’s scripts were designed to put the lycans in this spot after centuries of slavery. Instantaneously, Underworld Awakening is asking the fan base to reverse course, minus any expository setup.

It’s logical to see these supernatural forces band together to topple humanity, using their own inherent, fearsome qualities to ensure equality among their kind. But no. Worse, led by Thomas (Charles Dance), the vampires also play a role as antagonists, diluting Underworld Awakening’s clarity further as the script dismantles the franchise’s core ideals.

After a brief respite in Rise of the Lycans, Beckinsale returns, and so too do the brazen camera angles, which at one point, follows the star from behind as she crawls through ductwork (framed for stereoscopic 3D too, mind you). The tight leather outfit hides nothing. A final moment meant to insinuate Selene’s sympathy toward her kin also ensures sex appeal stays at the forefront, another low angle with a specific focus. For Underworld’s call to bring more women into the horror/action/fantasy space, it’s simultaneously demeaning the entire effort, as if Awakening didn’t have enough worth griping about. 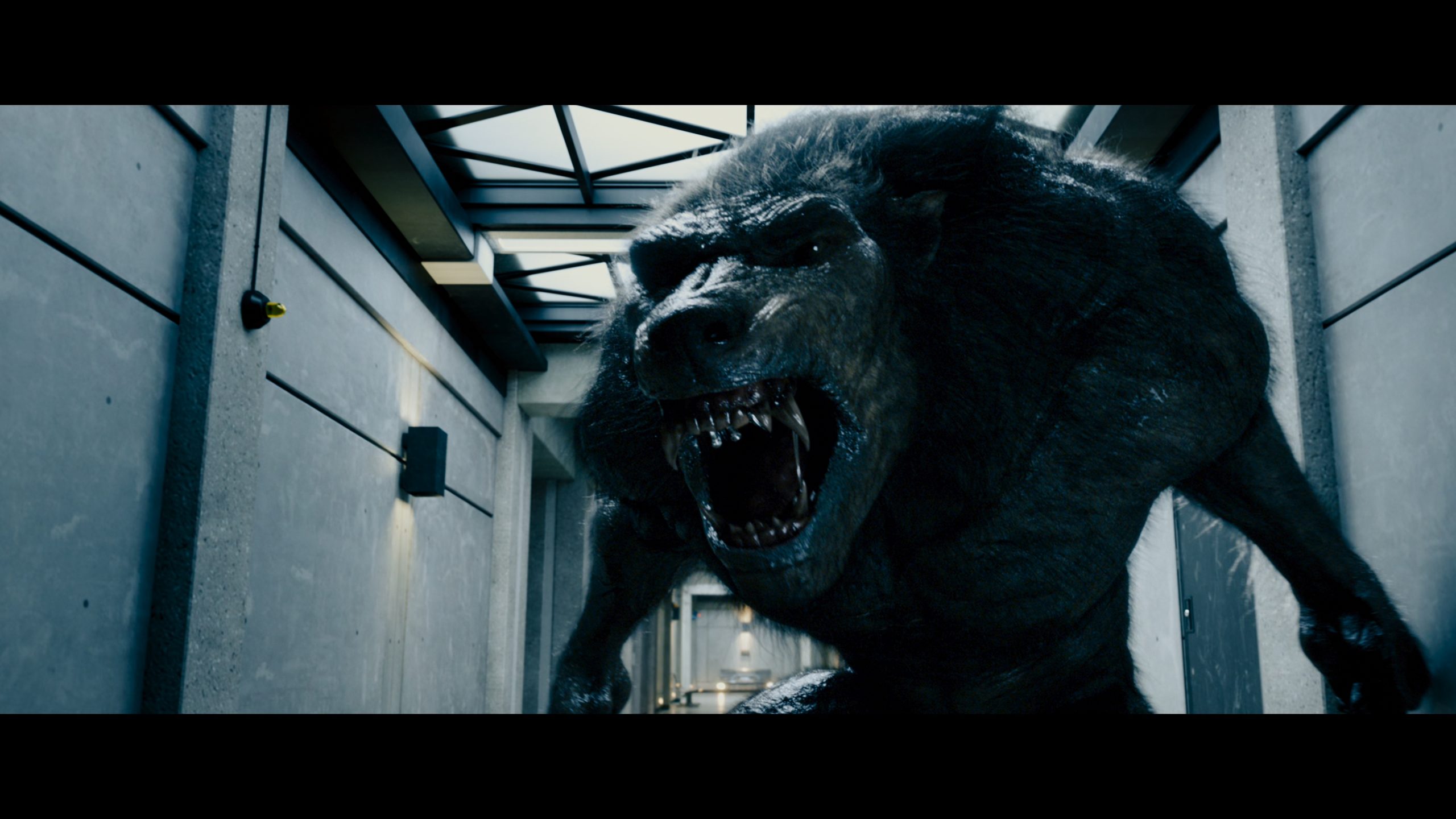 Made for the 3D era, Underworld Awakening is the first movie in the series to drop the film aesthetic. Instead, clarity takes precedence, and in a 4K world, the imagery looks every bit the early digital filmmaking that it is. While yes, it’s generally pristine and almost wholly devoid of noise, there’s hardly any natural fidelity left. Instead, everything takes on a glossy, smooth appearance that doesn’t spark much confidence in the format (through no fault on UHD itself).

The upscale avoids introducing any faults like ringing, if to little help. Resolution is lackluster in its best moments. Factor in Underworld’s now familiar adoration of blue, and the disc’s ability to impress keeps hitting snags. Brought into the cities, some other colors do factor, albeit limited; it’s primarily orange/blue for the duration, and deep color doesn’t have a chance to do anything.

HDR grading brings full life to the black levels, and as usual, Underworld Awakening follows the pattern of keeping the action draped in shadow. That work keeps crush at bay to maintain depth even without the 3D capabilities. Contrast hits where needed, emboldening lights from police cars or the city in general. It’s nice, if not enough to warrant an upgrade.

Punishing low-end doesn’t favor nuance, preferring to overload bass in a near constant rush of bass. Explosions generate a substantial, even massive jolt. Underworld Awakening doesn’t like anything short of room-shaking power, and after a time, it’s draining, especially during a fight against a mega-werewolf. That sequence is just a sensory overload.

Where audible above the bass, motion does spectacular work, sweeping the soundstage while filling every positional whenever the visuals call for it or not. In the jump to Atmos, the typical rainfall finds the heights. However, the extension goes further, especially as Selene suffers visions. Air whips by, both surrounds and heights accounted for. The new mix boasts significant upgrades because of these flourishes, this in an already potent track that scatters werewolves and gunfire flawlessly.

The UHD includes a three-part animated side story, and that’s a new inclusion to this release. The rest resides on the Blu-ray, and it’s the same content as before. A commentary mixes directors, producers, and the visual effect team together for a chat. The picture-in-picture Cracking the Underworld is the meatiest piece here, and since the film is so short, it’s easy to digest. Five featurettes total an hour in length, filled with raw behind-the-scenes footage and plenty of chatter from cast and crew. A blooper reel has a priceless moment between two suit actors that won’t be spoiled here, followed by a music video and trailers.