Peter Sattler’s Broken Diamonds is a rather sentimental indie drama about a struggling young writer taking care of his schizophrenic sister. Starring Lola Kirke (Mozart In The Jungle) and Ben Platt, Broken Diamonds sensitively tackles its subject matter with laughs and conflicted emotion.

An understanding and occasionally plodding character study of siblings trying to find their place in life, the film rarely rises above its basic premise. More predictable than it probably should be, Broken Diamonds is well-acted indie fodder best suited for the festival circuit.

Twenty-something Scott is an aspiring writer with dreams of moving to Paris. His meager life is turned upside down when his father suddenly passes and his mentally ill sister moves in with him. A schizophrenic, Scott’s older sister Cindy (Lola Kirke) has just been kicked out of a mental facility after causing trouble. Yvette Nicole Brown from Community plays their deceased father’s wife Cookie in a small role.

The high points are largely reserved for Lola Kirke’s invigorating, multifaceted portrayal of a young woman troubled by schizophrenia. Broadway star Ben Platt’s acting doesn’t quite match Lola’s energy and enthusiasm. While Cindy’s erratic behavior drives the plot, we are meant to sympathize with Scott’s sad predicament. Does he abandon his career dreams, or forsake his sister in dire need of help? There are no easy answers in this case.

Broken Diamonds mines well-meaning humor from Cindy’s ill-conceived hunt for a job. The movie paints a grim but fair portrait of her illness. The point it makes is Ben may be as broken as his sister. Growing up, her problems consumed the family and disrupted everyone’s lives. As the “sane” child, Ben often became an afterthought.

Schizophrenia is a serious mental illness which places a toll on surrounding family members as they deal with the situation. Broken Diamonds is an honest look into the demands and stresses placed on families living with schizophrenia.

Warm and from the heart, its character depth and Sattler’s humane touch provide sympathetic insight. However, it’s not a particularly fresh take and leans heavily on stock indie cliches. Broken Diamonds isn’t an unqualified success and works best as a showcase for Lola Kirke’s talent. 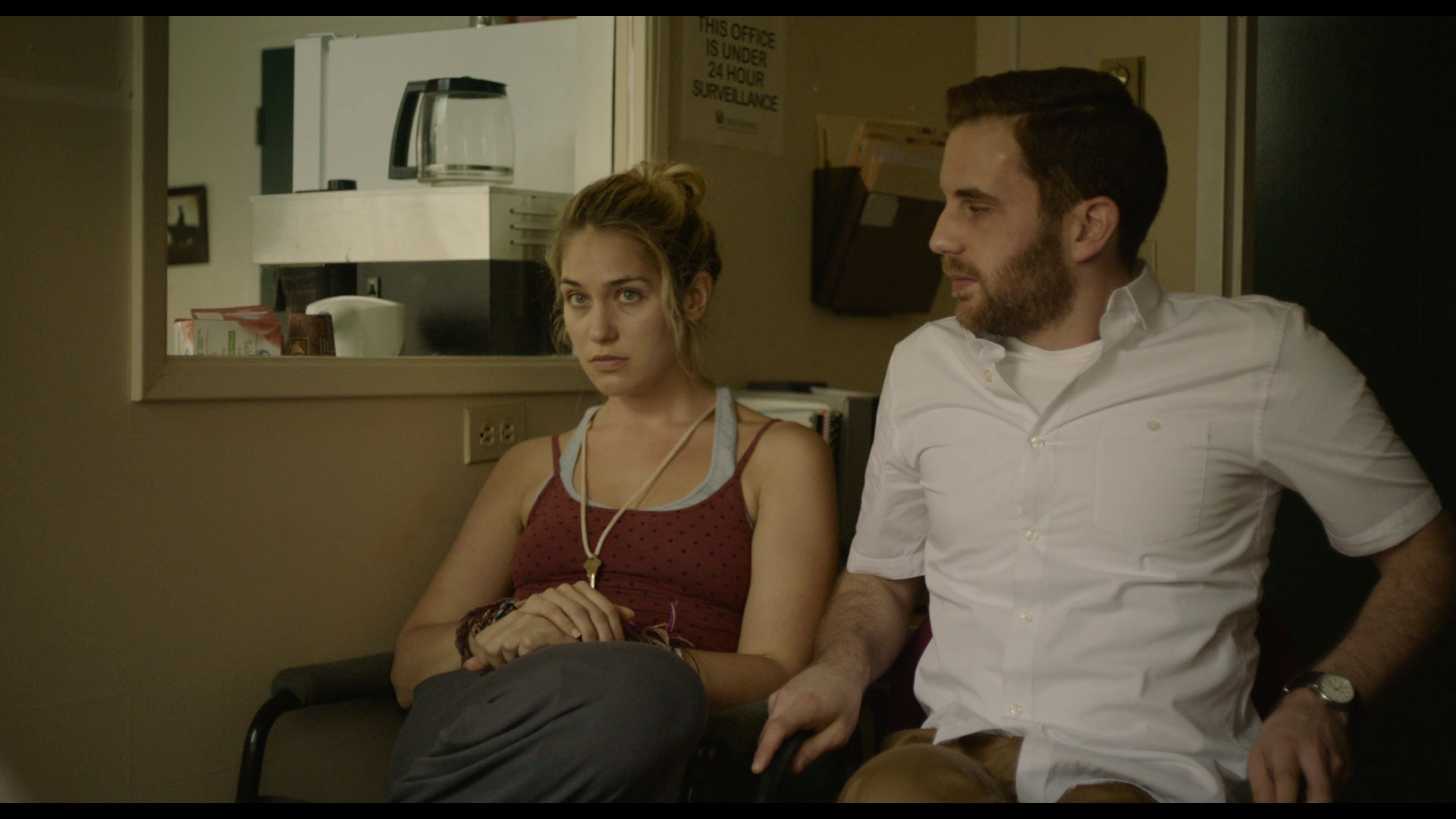 Broken Diamonds runs 90 minutes on a BD-25. The AVC encode competently renders the 1.85:1 presentation without an issue. It is serviceable modern video filmed on an ARRI ALEXA camera. Fine clarity and average definition mark most scenes. There’s nothing flashy in the low-budget indie production which translates to outstanding picture quality.

The 5.1 DTS-HD MA soundtrack offers minor ambience with clean dialogue. The basic audio design has decent dynamic range with limited separation. The soundtrack’s music emphasizes indie folk and Americana songs. They are the sonic highlights of an otherwise pedestrian audio track. This is a sparsely recorded movie mostly driven by dialogue.

FilmRise includes a smattering of bonus features for the 2021 movie. Arriving in a black-colored BD case from distributor MVD, Broken Diamonds gets a respectable release.

Behind The Scenes Photo Gallery (58 Slides in HD)

A warm and tender indie drama about family members living with schizophrenic relatives.