It’s somewhat powerful in developing vampires as snooty, rich, immature facades for the likes of plantation owners, surviving on their generational wealth. Underworld’s werewolves then, racially dubious as it seems, engage in street smart tactics, but do so under crushing poverty. For Selene (Kate Beckinsale), she does what heroes need to do in movies of this ilk, whether fact or fiction based – realize the errors of her vampire race’s past, and look beyond what she’s been raised to believe.

Underworld isn’t inherently dated, at least not in total

Developed at peak mania for The Matrix, the leathery fashion style and abusively repetitive slow motion make valiant attempts to hold audience attention spans; the terror of someone realizing they stepped into vampire vs werewolf flick only to be blindsided by a parable of inequality would be incalculable. In trying to avoid drawing overtly obvious parallels, Underworld employs classless shots of Beckinsale swinging by the camera, draped in skin-tight bodysuits. Romantic elements bubble up with a muscled Micheal (Scott Speedman), further dampening the intent. The goal is explicit turn-of-the-millennium coolness above all.

Underworld accidentally reversed itself over the past (almost) 20 years. The black trench-coats, gunplay, booming soundtrack, and bloated comic-like visuals all lost their vibrancy. Instead, it’s the disparity between the two species that now stands out and feels infinitely more prescient. Underworld isn’t inherently dated, at least not in total.

For its villain, Underworld finds Victor, a delightfully brooding Bill Nighy whose inflated egotism rises in the modern day, unaware the world discarded his kind. Think a vampiric Confederate general resurrected in an era where debates over reparations enter political forums – that doesn’t end well. Speaking to Selene, another vampire states, “Victor fears a blending of the species,” immediately turning Victor into an antagonist that anyone with rational sense will despise.

And doubly so, that entrenches Underworld’s core values, giving what (at the time) wasn’t yet a franchise the needed baseline to build on. Marketing sold Beckinsale’s sexuality and possible romance (getting ahead of Twilight’s own tween take by nearly a decade) mingled with firearms and gore. It’s a guy flick in Hollywood terms. In execution, it’s trying for something more. 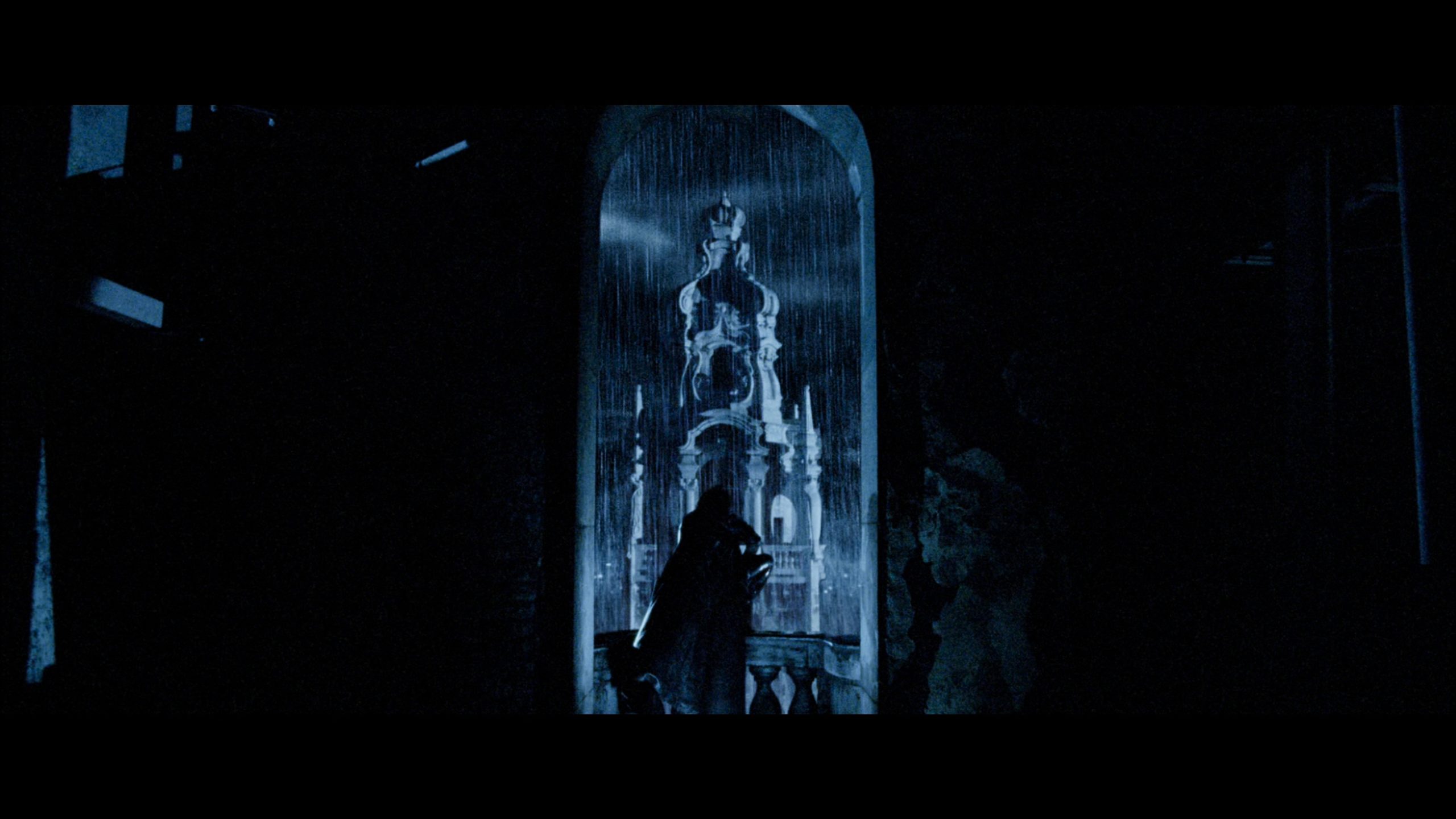 Then there’s the master, upscaled from a 2K source (and kept that way to manage the early ’00s CG). Messy grain structure dominates, poorly resolved and unnaturally thick for 4K. Fidelity escapes the murky compression when zoomed in. Beckinsale’s many close-ups show hefty definition, albeit with some ringing on contrasting edges. Minor, but notable.

It certainly doesn’t help when Underworld is constructed in monochromatic blue, some of the most aggressive color grading of the early digital era. Flesh tones don’t exist in any normal sense, and at times, they’ll clip detail at their brightest.

Underworld’s imaging is magnificent. The whip sequence was an early DVD demo, and here that doesn’t change, especially when the overheads become involved, gorgeously separated. Gunfire pans and the constant fighting in rain/puddles leads to splashing all around the soundfield. Hearing werewolves strike from different locations or creep into the mix remains a highlight.

Then the gunfire and punches and blistering soundtrack, all three that want to destroy your subwoofer. At times, the music blares and blots out the effects. Other times, the effects blare and blot out the soundtrack. It’s all over the place, outdated in design, but an easy measure of what your system can accomplish. Lower-end subwoofers are unlikely to handle the intense variations.

The Blu-ray holds the bonuses other than some alternate flashbacks on the UHD, and the Blu is identical to Sony’s original release. A commentary track with Beckinsale, director Len Wiseman, and Scott Speedman start off the extras. Next is an AMC documentary entitled Fang vs. Fiction, which looks at the history of werewolves and vampires. It interviews many people, including one guy who believes he is a werewolf. It runs 47-minutes. Also tossed in are some brief outtakes, TV spots, and trailers for other movies.

Starting off the next set is a generic making of that gives little insight during the 13-minute running time. Visual Effects of Underworld looks at, duh, the visual effects. It’s nothing more than a simple overview on the CG. Creature Effects looks at how some of the practical effects were done including the monster suit designs.

The next featurette, Stunts of Underworld, looks at how the more unbelievable tasks were accomplished and lasts for about 12-minutes. Designing Underworld handles the storyboards and finished sets. You’ll spend 11-minutes on this one. The Look of Underworld feature describes how they made the film appear so dark, the importance of color, and the rain. This is a long one coming in at nearly 20-minutes. Finally, a feature called Sights and Sounds which is simply nine minutes of behind-the-scenes footage. A music video is the last piece.

Underworld isn’t necessarily unique on its surface, but for a showy action series, it’s at least trying to find depth.