Mostly a lame thriller with hackneyed characters and mangled story elements, Mania Killer stars a trio of genre performers past their prime in Chuck Connors, Robert Ginty and Bo Svenson. A confused screenplay and hilariously inane performances from the supporting cast mark the low-rent cult product from Europe as poorly made garbage.

Meanwhile, a local religious cult led by the mad Gondrand (Robert Ginty) tortures women into confessing their sins. There’s also Manny the pimp, who goes after the cult when his girlfriend/hooker is abducted. Attempting to boil the plot down any further would be pointless as the screenplay is a sloppy mess.

Mania Killer’s crude narrative leans heavily into the ridiculously cheesy torture scenes, which pop up whenever the story drags. Several writers are given credit for Mania Killer’s incoherent screenplay. The B-movie often feels like Bianchia and crew are making it up as they go along, producing a lazy and disjointed story. The performances, especially from the supporting cast, are dreadful. Actor François Greze as the mentally-limited Matthew provokes more laughter than sympathy with wild mannerisms in completely unintended hilarity.

Made by defunct French film company Eurociné, Mania Killer is a poorly paced cult thriller from the 1980s that offers little else but terrible filmmaking. It’s not fun and B-movie horror lovers will find more laughs here than frights. The exploitation value just isn’t there for a movie with such an overload of half-baked ideas. 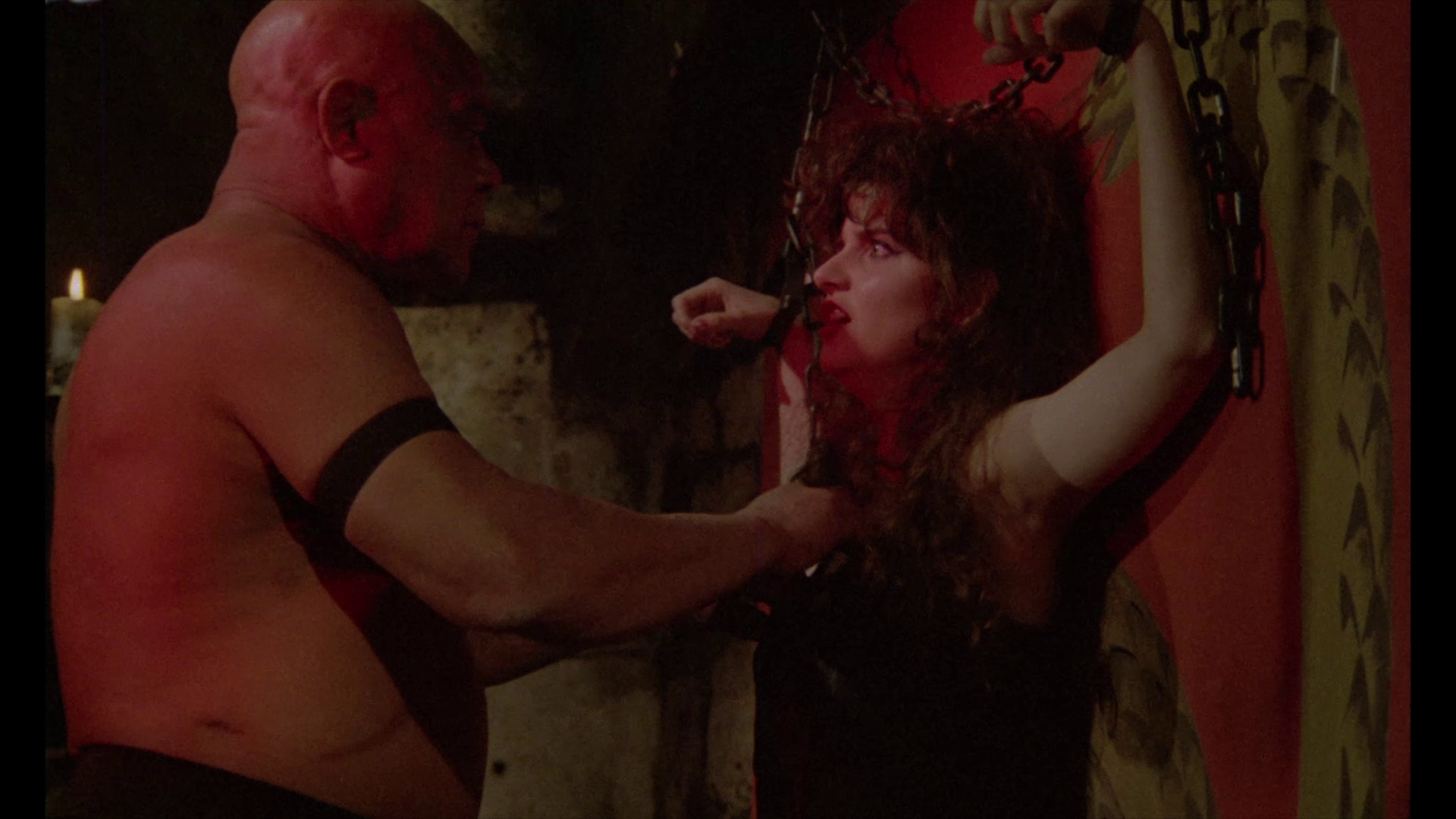 Mania Killer is seen here on Blu-ray for the first time from Full Moon. Fully uncut, the 83-minute main feature is encoded in solid AVC on a BD-25, retaining the intended 1.66:1 aspect ratio mirroring its theatrical distribution across Europe.  Compression isn’t an issue but otherwise the presentation is disappointing. The dated film transfer is passable at best.

Mined from the vaults of cult French distributor Eurociné, picture quality is pedestrian and often gritty. Even making allowances for the 1988 film’s uneven cinematography, an inconsistent contrast and faded colors indicate a need for better treatment.

There aren’t huge differences in audio quality and fidelity between the monaural and “surround” mixes. The 5.1 mix is limited with a small soundstage and no truly discrete effects. Dialogue is always intelligible and the moody score has excellent dynamic range. They are serviceable soundtrack options which fit the low-budget B-movie.

No subtitles are provided, a common problem for Full Moon.

Full Moon includes no special features specifically for Mania Killer. The cult label includes a bunch of trailers which have been appearing on their recent Blu-rays. The BD is coded for all regions.