Del Close isn’t a household name but his many pupils went on to become some of the biggest names in comedy like Bill Murray, Tina Fey, and John Belushi. For Madmen Only is a glimpse at the unsung improv comedy teacher’s unhinged personality and influential career. A who’s who of comedy legends learned their craft under his tutelage. Through Del Close’s work at Second City, he helped groom dozens of young comedians who would later star for SNL and the movie screen.

Heather Ross frames her well-made documentary around Close’s turbulent personality and his brief tenure as a writer for DC Comics back in the late 1980s. The improv guru co-wrote the bizarre anthology comic book Wasteland with veteran DC Comics scribe John Ostrander. Each issue of Wasteland featured a highly personal vignette taken from Close’s chaotic life. It made no lasting impact on DC but its highly idiosyncratic storytelling stood out even for an experimental title.

For Madmen Only is a colorful, candid, and often informative look at an unknown comedy legend

For Madmen Only attempts to deconstruct Close’s personal history and his contributions developing improv comedy, respectful of his talents while also candidly covering his many personal failings. Copious archival clips include audio recordings from the man and rare video highlights from Close’s improv sessions. Some very personal insights are shared about Del Close – his father committed suicide right in front of Del as a child.

A litany of recognizable actors and comedians like Bob Odenkirk and George Wendt (Cheers) pop up in recent interviews, citing their experiences with the occasionally belligerent improv mastermind. Most of the bigger stars who worked under Close are missing in action, shown only in ancient clips discussing the man.

Del Close developed what he termed “The Harold,” a series of techniques and rules for improv that are still widely used and which helped shape generations of American comedians. Working at Second City in Chicago and then during his time in Toronto, Close mentored practically everyone who worked on SNL before the 2000s. Virtually every SNL cast member owes some of their early training to Del Close. He was a minor film actor and stand-up comedian himself, appearing in such films as The Untouchables.

The documentary goes off the rails attempting to capture Del Close’s persona in dramatized skits. Patton Oswalt and others play little skits highlighting Close’s eccentric and occasionally deranged personality. Creatively staged, For Madmen Only is a colorful, candid, and often informative look at an unknown comedy legend. For those curious about a historical peek behind the curtains of SNL performers, you could do worse than watch this comedy doc. 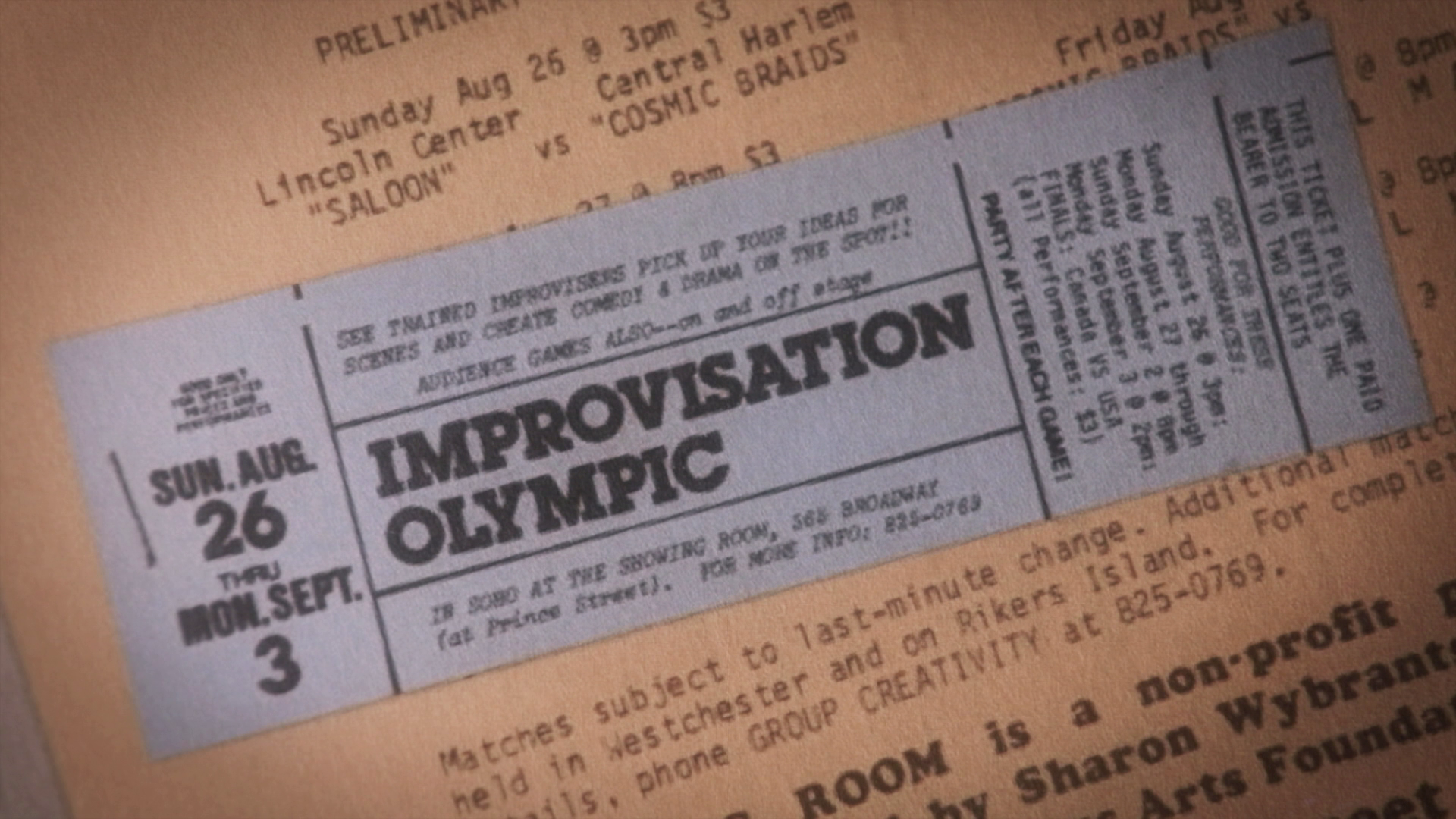 The main feature runs 87 minutes on a BD-25 courtesy of Utopia Select, a new partner label with Vinegar Syndrome. The AVC encode capably handles the newly-shot HD interviews and adequately captures the ancient SD footage. For Madmen Only relies heavily on poor-looking archival footage, often sourced from amateur video recordings. There are also animated transitions and a focus on comic book panels plucked from Del’s Wasteland.

The 1.78:1 presentation actually contains a variety of aspect ratios. Some vintage material is in 4:3 and other formats. The HD segments are clean, detailed and loaded with clarity like most newer documentary productions. This is a technically astute presentation hampered by erratic source material rooted in personal video footage from the 1970s and 1980s.

For Madmen Only has solid, if limited, 5.1 DTS-HD MA audio with no obvious problems. The biggest issues are the archival audio recordings, often sounding distant and recessed. They are scratchy recordings seemingly made on personal tape recorders and primitive camcorders.

There’s not much to the sound design but basic mixing predominantly confined to the center channel. Nothing is particularly discrete, rears are almost entirely used for a little musical spread and ambient spacing.

The standard edition arrives on Blu-ray with reversible cover art. A special limited edition embossed slipcover (designed by Charles Forsman) is limited to 1200 units and can only be found at VinegarSyndrome.com. Utopia Select lists the BD as Region A only. A smattering of deleted and extended scenes are included alongside a perfunctory commentary.

A Visit From L. Ron (03:39 in HD) – An anecdote from writer John Ostrander involving Del Close and the founder of Scientology.

Additional and Extended Interviews with Jason Sudeikis, Tim Meadows, Adam McKay and others (All in HD) – A bunch of short interview clips on various subjects.

An ambitious and occasionally engaging documentary about improv guru Del Close’s methods and the many stars he groomed for SNL.