When Scott Carey (Grant Williams) realizes he’s begun shrinking, he tells his wife to leave him. He’s no longer a provider, just an inadequate man unable to handle even suburban domestic life. Outside of his home, people stare, they laugh, and a media frenzy ensues. Scott becomes the prey, and the hunter/gatherer gender ideal no longer applies.

It’s fascinating to watch Scott succumb to society, give up, but retain his instinct to live. That cannot be abandoned; surviving is too ingrained in who and/or what humans are. The 1950s were drenched in atomic metaphors, most exploitative and grand in scale. The Incredible Shrinking Man places itself in a personal nuclear hell. Sketchy science aside – a mixture of pesticide and fallout at sea causes Scott’s condition – the world begins drowning the antagonist, rather than a menace trying to drown humanity.

The Incredible Shrinking Man places itself in a personal nuclear hell

The ‘50s thrills remain. Scott runs from (what is to him) a giant cat, then battles a starving spider right out of Tarantula. Rather than play these elements for their spectacle, Scott’s winding inner monologue contextualizes his fear and reasons to keep fighting. Hunger drives him. An insatiable need to just… be keeps his ingenuity and spirit high even as all is lost; the world thinks he’s dead. It’s hopeless.

Anger and anxiety grows as Scott dwindles toward nothingness. He lashes out, and a near flawless split screen puts a half-sized Scott and his wife Louise (Randy Stuart) in the same room. Together, the image is that of a mother and son, not husband and wife, the woman in power, the male unable to maintain social norms of the time. There is a bright spot – Scott meets a little person, someone he can relate to. Her generous talk, brief as it is, allows Scott to accept his surreal circumstance. It’s a critical moment in this story as a transition point before Incredible Shrinking Man turns to terror within a cold, concrete basement floor.

If there’s a particular masterstroke in adapting Richard Matheson’s story for the screen, it’s the faultless condensing of each crucial moment on Scott’s journey. The realization of what’s happening, the science, the worry, the hope, the loss, the acceptance – Scott’s journey is one of grief, each stage intact as his situation worsens, and the denial no longer feasible. Rather than ending on the defeat of a scientific monstrosity, a victory, or claiming post-war American superiority, Incredible Shrinking Man instead leaves the hero alone, as another speck of dust in the cosmos. Not worthless or needless, just an essential being in a place no one understands. 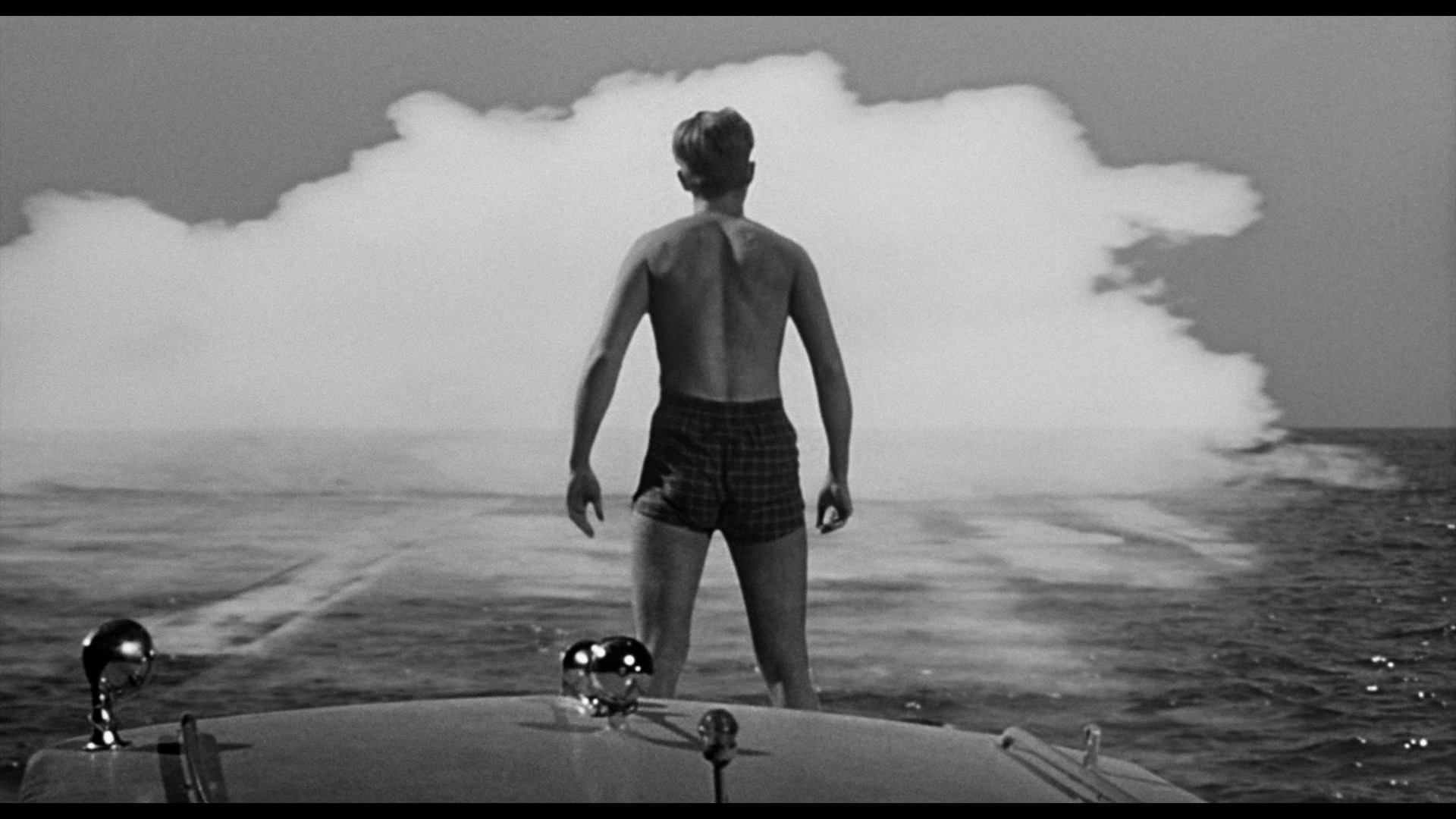 Criterion credits Universal with a new 4K scan, and in this case, that’s passing the buck. In no way does this have the traits of a 4K master – at least initially. Incredible Shrinking Man looks stubbornly soft. Not naturally so, rather processed into a murky, poorly defined dullness. Grain sticks around, yet it has artificial qualities, as if added digitally.

The result is a smudgy, smoothed presentation that’s totally inadequate. Grain bounces around like static on an analog TV signal, and whatever detail was left on this print is gone. Credit is due for keeping the materials in pristine condition, minus the usual dust and scratches, but it’s to little effect. If anything, those faults might at least show something film-like.

Oddly, the back half (after Scott’s basement fall) looks noticeably better, but not consistently. Clarity comes and goes, varying wildly between a gorgeous scan and the murkiness before. For instance, the sequence with the mouse trap looks fantastic, but the intercut scenes in the living room upstairs appear painfully flat. Criterion doesn’t leave a note about multiple sources or generational prints. It’s a mystery as to what happened.

In PCM, the mono source offers stable treble and fidelity. Dialog clarity stays in balance with other elements. The slight scratchiness is indicative of the era/age. Nothing special, if pure.

Tom Weaver, the best in the business, provides a commentary track. A great piece on director Jack Arnold reaches 50-minutes, and it’s an essential watch on this disc. Richard Matheson’s son speaks about his father’s work for 11-minutes.

Visual effects and sound design earn their due over 25-minutes, assisted by Ben Burtt and Craig Barron. Joe Dante and Dana Gould sit down and discuss Incredible Shrinking Man for 23-minutes. A 1983 interview with Jack Arnold almost hits 27-minutes. The 8mm home versions hit 16-minutes. Unused pieces of the score are presented by David Schecter reach 17-minutes. Finally, there’s a radio play from 1959 about a shrinking scientist.

The Incredible Shrinking Man is among the ’50s best sci-fi offerings, draining a man of his domestic masculinity while delivering appropriate nuclear-era thrills.