Vietnam is often gorgeous in The Protege, whether the camera pans developed cities or the nation’s rivers. It’s a change in how the country is often portrayed on screen, but Protege projects the uncontrolled instability too – Maggie Q’s character Annie is the result of that flux.

Annie’s a clever construction. She’s a precise, well-paid assassin, and on the side, runs a high-dollar rare book shop. There’s brains and intellect to The Protege, presenting Annie as more than just her weapons and fighting capabilities.

As victims of circumstance, Annie’s main opposition is Rembrandt (Michael Keaton). Both can quote the favorite poems and authors on a whim. They share a connection, if on dueling sides. That’s following a small trend in action cinema, turning gunplay into foreplay. This makes the conflict a joy to watch, dripping with cynicism and a reluctance to embrace the obvious draw they have for one another.

Yet they respect their jobs and skills too much; neither can betray their work. Chemistry is there however, turning Protege into a warped tragedy about Anna’s orphaned upbringing amid chaos. She can’t trust or love. Her instincts stay wrapped on a trigger.

Interesting as Anna is (and Keaton is a joy to watch too), Protege doesn’t have much else. The core villain drops into the plot like a placeholder, a means to put a face on Vietnam’s struggles. A few spurts of action impress in their lower-budget design (compared to say, John Wick of which Protege is clearly recalling). Without Anna’s fearsome wit, Protege can’t help looking and feeling familiar, even routine. Strong characterization matters, but so too do their plotlines.

In a wraparound finale, Protege makes a small philosophical statement about violence begets violence. Much as Anna attempted to remove herself from Vietnam, she’s forcibly returned, bringing the same disorder she laments to another generation. It’s a rare call, but Protege needs a sequel, exploring the after affects on Anna, her regrets, and determination to settle her homeland. That sounds more interesting for this character than watching her slide down an atrium, firing guns at unseen targets. Mass appeal matters more to a studio though, and those highlights make for easy trailer fodder. 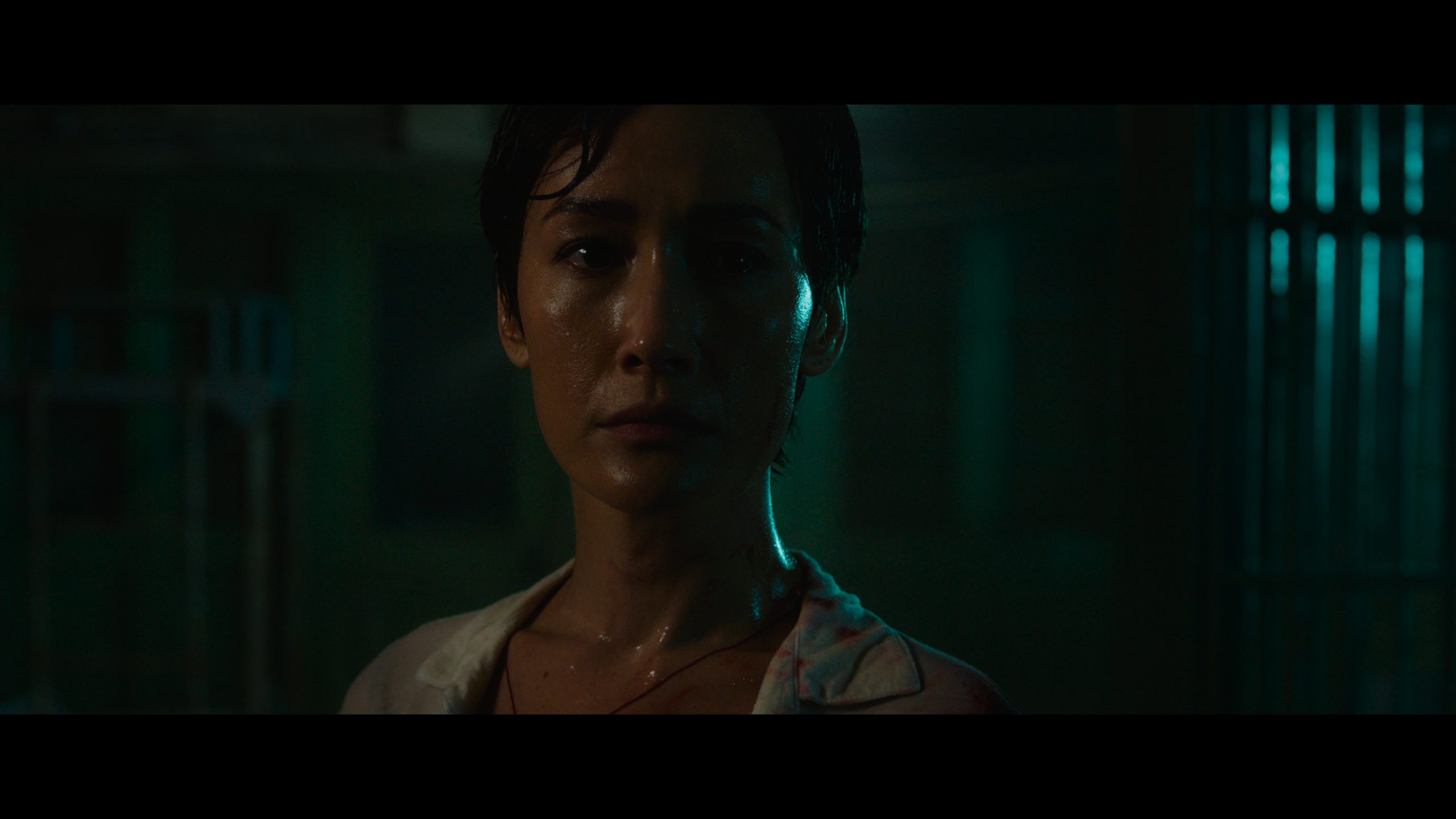 Vibrant color leaves an impression seconds in, and continues a blitz as The Protege goes. “Intense” fits as a descriptor; every hue takes on incredible energy. There’s not much reality to flesh tones or primaries, but it’s no less attractive and suited to the tone. A pleasing Dolby Vision gloss only emboldens things, popping the contrast all around. Highlights spare little, and draw the eye all around the frame as light sources bounce around between splendid shadows.

Clean digital runs up against noise in spots, luckily not draining the visual appeal. Lionsgate’s encoding handles those few trouble spots without additional problems. As a 2K upscale, The Protege doesn’t make the lacking resolution apparent through firm fine detail and resolved texture. A spot of ringing on occasion comes and goes, and is minor. Definition excels. Numerous exteriors of cities, forests, and mansions dazzle in their sharpness. Added intensity from the Dolby Vision pass only helps, giving The Protege more energy.

A hyper active soundstage plays around with ambiance extraordinary well. Busy streets sound full, filled, and widely spaced. Small things like a laundromat’s machines drifting into the surrounds makes for pleasing scene setting, and it’s masterfully precise. Action scenes do stellar work in moving gunfire between the speakers, and the mix uses tricks like sniper bullets whizzing overhead. During one shootout, sprinklers activate, splashing water into each speaker.

Bigger guns bring bigger bass, thick and stable as they rumble in the LFE. A jolt from car engines revving up push the range too. A driving score pounds the room, hitting the lows without subtlety.

Director Martin Campbell brings his thoughts over a commentary track. That’s on either disc, and so are the other bonuses. A detailed making of runs 37-minutes, better than most these days in terms of depth. An EPK explores the relationship between Keaton and Maggie Q. A lone deleted scene falls short of two-minutes.

Attempting to bring intelligence into the sarcastic action genre, The Protege has moments of success between a familiar revenge story.