Long before Spotify and streaming playlists, people shared their love of music through personal mixtapes. Analog Love: The Art of the Mixtape explores their history and how music fans of earlier eras often connected romantically through them. It’s a warm, nostalgic look back at the cassette era from a variety of different perspectives, including music industry personnel and regular fans alike.

The obsolete technology helped shape Gen X music lovers in the 1980s and 1990s before CDs eventually took over. If names like Maxell, Memorex, and TDK mean anything to you, Analog Love is made with you in mind. Everyone knows TDK tapes sounded the best…

The main focus is how people went about making their own mixtapes and how they played a critical role in their personal lives. The interviews fondly recall first loves, forgotten friends and more intimate connections through the power of sharing music. A married couple recall how they connected over an important mixtape when they first started dating.

One of the recurring segments highlights a Gen X father showing his Zoomer daughter through the creation process, from picking music to properly fitting it all on a cassette. Having finished making a mixtape of her own, it’s telling when they struggle finding a car capable of playing cassettes.

Breezily edited and never lingering for long on any one interview segment, Robert Galluzzo’s documentary is a snappy and free-flowing love letter to the mixtape. Previously known for his background in the horror genre, Analog Love reminds Gen X music fans of a once vital technology in their lives. The documentary is passionate about its subject, even if it lacks big names. Those with an interest in the tech should also give Zack Taylor’s Cassette: A Documentary Mixtape a look. That documentary also happens to feature Henry Rollins, the owner of a huge personal cassette collection. 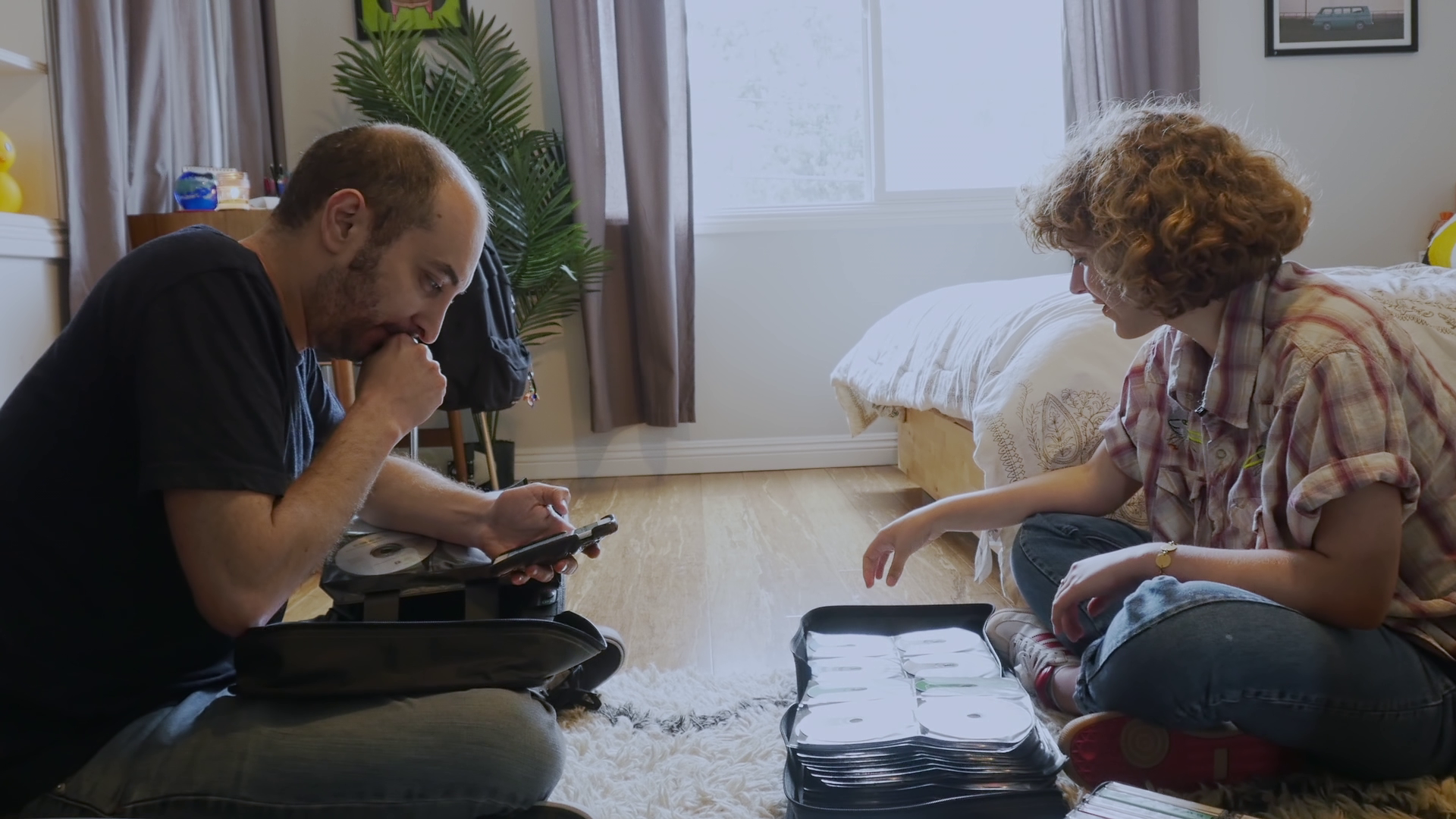 The 2021 documentary is being handled by Passion River. The independent label has done a fine job authoring and encoding this technically perfect disc.

Serviceable 5.1 Dolby Digital and 2.0 Dolby Digital audio options are included. Music plays less of a role than you’d think in the low-budget documentary, though one song by Arcade Fire plays over the credits. Interview dialogue is balanced and intelligible without any harshness. It’s a sparse soundstage directed entirely towards the front – a clean modern recording with some separation and basic stereo mixing.

A few bonus features round out the BD, including music videos from a few participants.

Extended Tour of Henry Rollins Tape Collection (10:33 in HD) – A peek at his extensive mixtape collection with Rollins highlighting some of his favorites. Many were traded while overseas on tour.

A heart-warming look back at the personal cassette era and how it helped shape music fans’ lives for the better.