“Free will and truth become tethers to this story, set within a fun, often comedic family squabble. David Harbour’s aged Alexei is a joy, depressed over losing an opportunity to be Captain Russia, shield and all. The Cold War clearly took its toll, and background political machinations kept him from the spotlight. Much of this is merely suggestive though, and as Romanoff watches classic James Bond, there’s a hope Black Widow achieves even a fraction of the spy thriller material those films did. But it doesn’t.”

A potent disc to show the effect of HDR, the brightness enhances everything. Intense light sources peer from the darkness, and in daylight, the sunlight is superior, nit-pushing greatness. Black levels don’t always achieve the same notable intensity, but prove sufficient enough. Black Widow spares nothing when it comes to lights.

Generally clean aside from minor low light noise, the digital cinematography is only passable in 4K. Sharpness doesn’t stick out, and the overall aesthetic carries the look of an average 2K upscale, complete with a smeary texture and some ringing. There’s detail, if only a smidgen above the companion Blu-ray. Wide shots, mostly CG, look fine. This is a case where the HDR makes up for the deficiencies at the source. 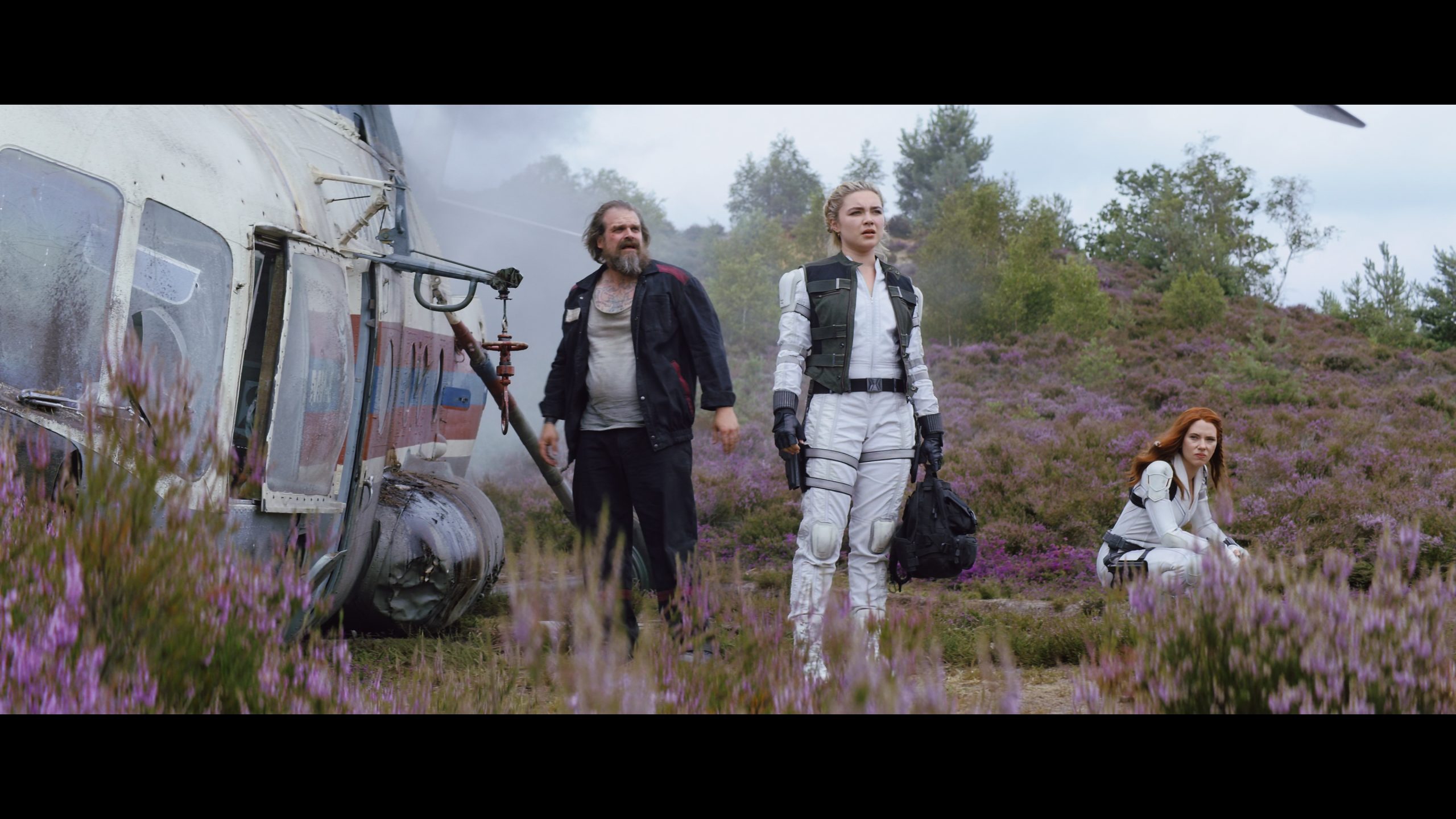 Better than most from Disney, the Atmos track drives a steady, thick rumble into the subwoofer. Action spreads the range, at times pushing into the lower Hz ranges, which most Disney discs won’t even come close to. That support affords Black Widow appropriate scale to the various collisions, explosions, and gunfire. During the prison escape, an avalanche creates some sustained rumble. Not too deep, but enough.

Pleasing if unimpressive directionality keeps the action in motion, utilizing the full soundstage width to keep objects bouncing between speakers. Accurate transitions keep physical brawls active, producing a sharp sweeping effect as punches push air around through the stereos. Heights find use on occasion. Helicopters pan through where needed, drawing some attention to oft-neglected speakers.

A routine espionage thriller reveals its theme too late, leaving Black Widow without much purpose in the wider Marvel story arc, even if the action is impressive in spots.