The poster art for Oh, God! Book II shows George Burns – as God – riding a motorcycle in the sky. That’s not quite what happens in the movie, and suggests a zanier sequel. In truth, no so much.

Recent years gave rise to outlier Christian cinema like God’s Not Dead. While not as vicious, Oh God! Book II gave those films their jump start. In arguing over religion in schools, and expelling (then institutionalizing) a girl for her beliefs, there’s far less subtlety in this Oh, God! follow-up.

It’s kind of sweet. Rather than John Denver being visited by God, it’s Louanne, a 10-ish year old girl. The kid perspective drives the conversation about what’s acceptable in public, and the script mourns for a time lost when people so openly worshiped.

God sees an in through marketing, cashing in on a TV generation who need flashy commercials to convince them of something. For its honest theological discussion about who and what God is (such as why he lets sickness keep happening), there’s never a sense why God needs any of this. Burns speaks the first words, looking down at Earth stating, “What a mess.” Later, he mentions pollution, animal endangerment, and volcanic eruptions (Oh God! Book II came out a few months after Mt. Saint Helens went up).

None of this answers why belief matters, or what change it can bring. If anything, the story shows more heated division as protesters march against Tracy’s (Louanne) initiative to advertise a slogan around town. Other than Burns, Oh God! Book II comes from a wholly new creative team, and the difference is notable.

Without much in the way of humor, Oh God! Book II feels more like something designed for a Catholic school movie day. Tracy’s dad rejects a belief in God during an early chat, setting up the film’s stance. There’s no notable attempt to invoke other religions, and as such, Oh God! Book II doesn’t portray all-encompassing, worldwide belief systems so much as a singular one. There’s a certain irony in Oh God! Book II satirizing corporate ads and their hold over people, then spending much of its runtime pleading with people to focus on this message above all others. What results is not so memorable. 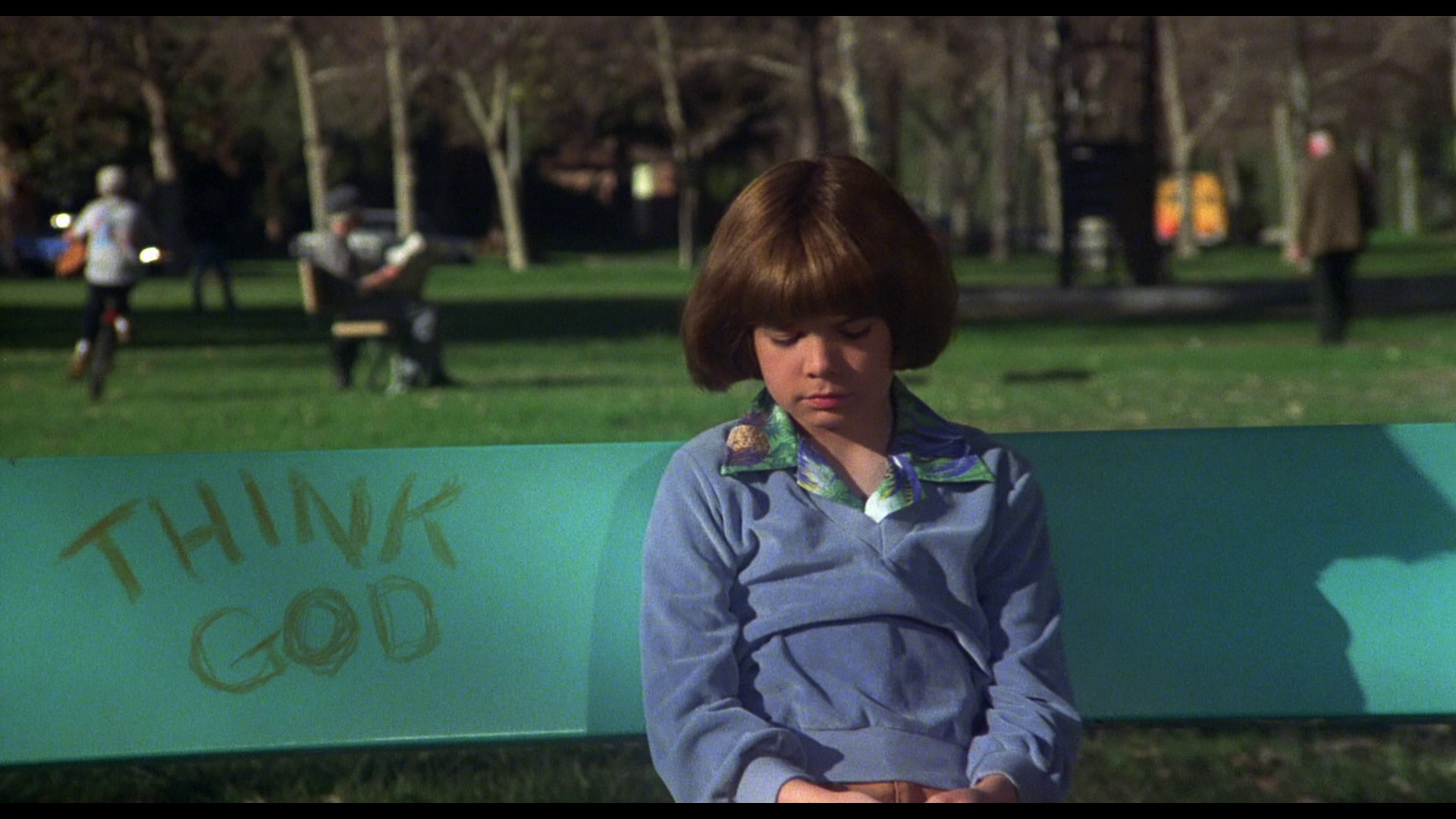 Sharpness is reasonable, pulling out finer details, like Luanne’s individual hair strands in close. Facial texture isn’t astounding, but decent enough. Well preserved grain (on a clean, almost spotless print) is given plentiful space on the disc. Each Oh, God! Blu-ray in this set has its own disc, and that’s to the video’s benefit.

Overall contrast is perkier than the first Oh, God!. It’s a more contrast-y image, delivering the necessary shadows too. Density holds up, and if anything looks modern, that’s it.

Fogginess in the dialog indicates the age. A slight static undercurrent doesn’t help, even if it causes no harm. The moderate score produces a smooth low-end. All fine, all vintage.

Critic and theologian Dr. Donna Bowman provides her second commentary in this set, then Shout tracks down the assistant director Tom Lofaro for a 22-minute interview. A trailer and radio spot follow.

A comfortable retread, Oh, God! Book II lacks the creative vision of a higher power from the first movie and feels more like something from movie day at a Christian school.