Note: This disc is exclusive to the Disney Movie Club

NASA’s shuttle program revitalized the institution in the 1980s, and that’s what makes Flight of the Navigator such an oddity. While not inherently negative toward NASA, the department depicts an unusual, anti-government, Cold War paranoia in confining David (Joey Cramer) who suddenly appears, not aged at all, a decade after he went missing.

It’s terrifying and creepy, but more through mood than any direct horror. For a movie aimed at the preteen audience, seeing NASA lure David with toys and TV gives off a “don’t talk to strangers” vibe. Unlike many films of this ilk, David isn’t trying to escape an ugly home life. He’s average, his family is average. Other than an annoying younger brother, they live contently. The villain isn’t at home, rather those in control of the system.

Cliche as it is, they don’t make them like Flight of the Navigator anymore

Cliche as it is, they don’t make them like Flight of the Navigator anymore. That’s not a statement on the visual effects, but rather the sheer patience shown by this script. Some 40-minutes in, David hasn’t even stepped onboard an alien spaceship, piloted by a Paul Reubens-voiced mechanical eye. Attention spans don’t last that long anymore, but the payoff is better understanding David as more than a placeholder kid meant to speak to a target demographic.

Flight of the Navigator’s final message is appreciating the irritations in life for what they are. Instead of rushing away from his brother and parents, David spends most of the movie doing everything to get back. Afterward, he’s gratified, because those tiny frustrations define those around him. It’s not a theme delivered with any force. David simply tells his family he loves them, awkward surprised stares and all.

For kids though, it’s more about the little puppet critters, the alien eye, and breaking the rules. David freaks out some teenagers blaring Twisted Sister hits on their radio. He runs from the authorities, but not out of any direct defiance, rather a means to return home and escape potentially months of experiments. There’s enough rebellion – and for the right reasons – to make Flight of the Navigator endearing. Much as the story came on the back of E.T., the separation between these movies gives each an identity. E.T. was entirely about an alien needing people; Flight of the Navigator chose to focus on the people. At it’s best, Flight of the Navigator is a toss-up when against its competition. 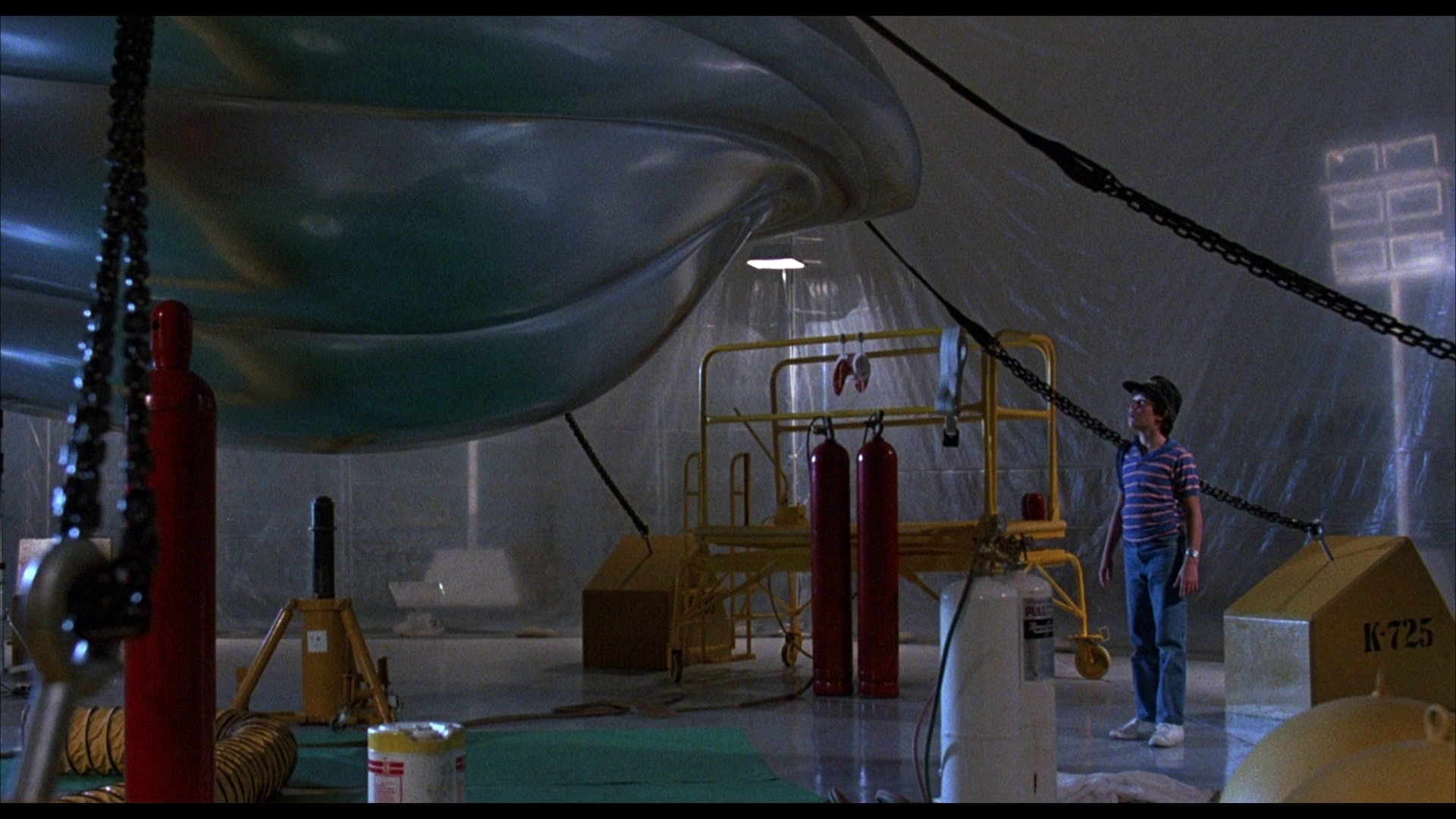 While it’s unlikely the most recent master, Disney gives Flight of the Navigator a capable HD presentation. It’s naturally sharp, and grain is preserved, plus resolved easily by the encode. A few spikes matter little – the disc is up for it. Visual effects sap some energy as expected, but still show improvements over the ancient DVD. Texture in close looks spectacular.

Black levels give the forest scenes definite depth in the early going. That doesn’t change later. It’s well balanced in contrast too, crisp and bright. There’s no sense of age or fading.

Untouched color adheres to the film stock, primaries solid, stable, and consistent. Their boldness is impressive. Saturation appears consistent. Some spots on the print aside, Flight of the Navigator looks nearly unblemished.

While the video shows care, the audio is little more than a Dolby Digital stereo track. It’s fine, exhibiting decent separation as the ship pans by the frame. Crowds fill both fronts as they gather. A small low-end response beefs up the score. Fidelity isn’t pinched too severely, but Flight of the Navigator deserves a modern touch.

Flight of the Navigator

A wonderful, patient children’s adventure, Flight of the Navigator is steeped in NASA’s shuttle era popularity and a bit of Cold War paranoia.