So Help Me, Me

It’s a one line pitch and single joke: George Burns is God. Not one specific God or any singular denomination, just God. That’s the movie.

Oh, God! doesn’t push the idea. Burns isn’t manic, or running around shooting lightning. Burns’ God isn’t even in control of things, and makes mistakes. He’s just… a guy. People look down on Jerry (John Denver), the one man who can speak to God, partly because they see him as losing his sanity, but mostly because the God he sees isn’t an all-powerful presence in their lives. It’s unfathomable to believe in a higher power who isn’t sporting glowing white robes and halos.

Rather than arguing about who’s right, Oh, God! merely says… everyone is

There’s a lot of 1970s America in Oh, God!. Burns spends part of his time as God bemoaning pollution, degrading food quality, and is saddened by people unwilling to come together. Oh, God! tears down the new generation of self-enriching televangelists, the closest thing to anger the film produces. Watching Oh, God! is outright calming given how low-key it is when addressing global societal issues.

Religion is so often built on a foundation of being judged by an omnipotent being. That’s the fear – do wrong and in the end, God will assess your misdeeds. In this case, God chooses an atheist to spread his message, a deliberate choice to show how little such an entity might care whether someone believes or not; those who worship to excess are no better than anyone else. It’s a beautiful, subtle message about religion that deconstructs long-held beliefs.

While marginally funny in a sitcom-like way, the humor is just a method to quell fears in uncertain times (which never seem to stop). It’s universal, quaint, and gentle, totally inoffensive, even creative. Rather than arguing about who’s right, Oh, God! merely says… everyone is. Understanding that thesis solves the world’s problems. Dated as Oh, God can be, it speaks to an infinite time. 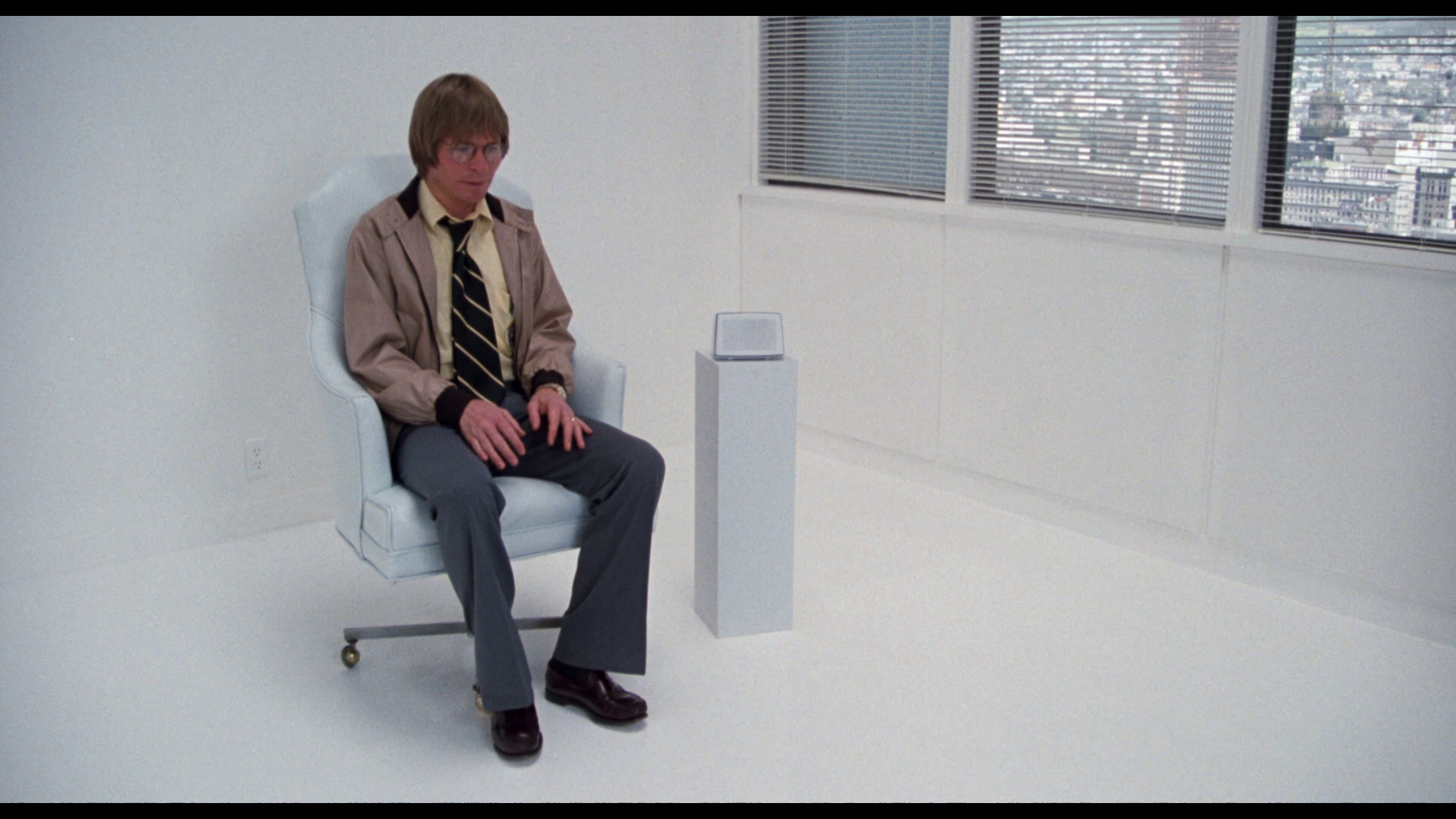 That leaves a naturally soft, pure presentation that captures the late ’70s film stock unobstructed. Detail protrudes where possible, as dictated by the cinematography. Facial detail pokes through. Scenes in the grocery resolve the products lining the shelves. It’s overall average in definition, if totally natural.

Organic color doesn’t explode from the screen, but the general dryness in the primaries and flesh tones handle things well enough. Jerry’s red car jumps out from the overly gray city. Bold enough contrast and black levels layer the imagery with depth. It’s nice and appealing to those with a preference for vintage catalog titles.

Routine DTS-HD mono comes through cleanly. It’s pure. The lonely center channel processes unobstructed dialog that, at times, can pass as newly recorded. A soundtrack instantly identifiable from the originating decade drives a smooth bass line through the lows.

Carl Reiner, Larry Gelbart, Teri Garr, and Jerry Weintraub feature on commentary one. The second is a unique bit from theologian/critic Dr. Donna Bowman. An episode of Johnny Carson features Denver as the guest host where he interviews Carl Reiner. Those clips run 30-minutes. In another 20-minute clip, Denver interviews Garr and Burns. Trailers and radio spots remain.

Gentle and delightful, Oh, God! is easy viewing with soft comedy provided by an enjoyable John Denver, with the assist by George Burns.