By Battle of the Realms’ climax, Liu Kang has turned into a city-sized dragon, become a fireball in space, and battled a planet-killing demon. At that point, it’s more Dragon Ball than Mortal Kombat.

While Scorpion’s Revenge was an imperfect lead-in, that felt like pure Mortal Kombat. This sequel dispenses with any fat, defined characters, and most of the basic plot. What’s left isn’t only lean, it’s indecipherable, even to well-versed Mortal Kombat fans.

Battle of the Realms is hyper violent

Everything hinges on Liu Kang, a chosen warrior who will one day save Earthrealm. In a moment where Battle of the Realms suddenly remembers it requires context, two hurried flashbacks fill in blanks that needed explained from the outset. It’s almost comical to see the panic pierce through the script.

Battle of the Realms is hyper violent; that’s the core Mortal Kombat element in this animated movie. While the decapitations and arm rips spray blood, fights stall by way of the endless bone break x-ray moves, a direct lift from the recent videogames, yet used to a repetitious excess here.

It’s such a wafer-thin storyline, the contemptible lack of depth leaves little worth discussing. Scorpion and Sub-Zero’s brother engage in a feud, layering mild thematic elements about revenge from two characters eternally locked in conflict by the lore. Their fire-and-ice struggles bring the only nuance to Battle of the Realms, which primarily stages one-on-one fights until they lose any interest. And, animated on a budget, at best, it’s fair. 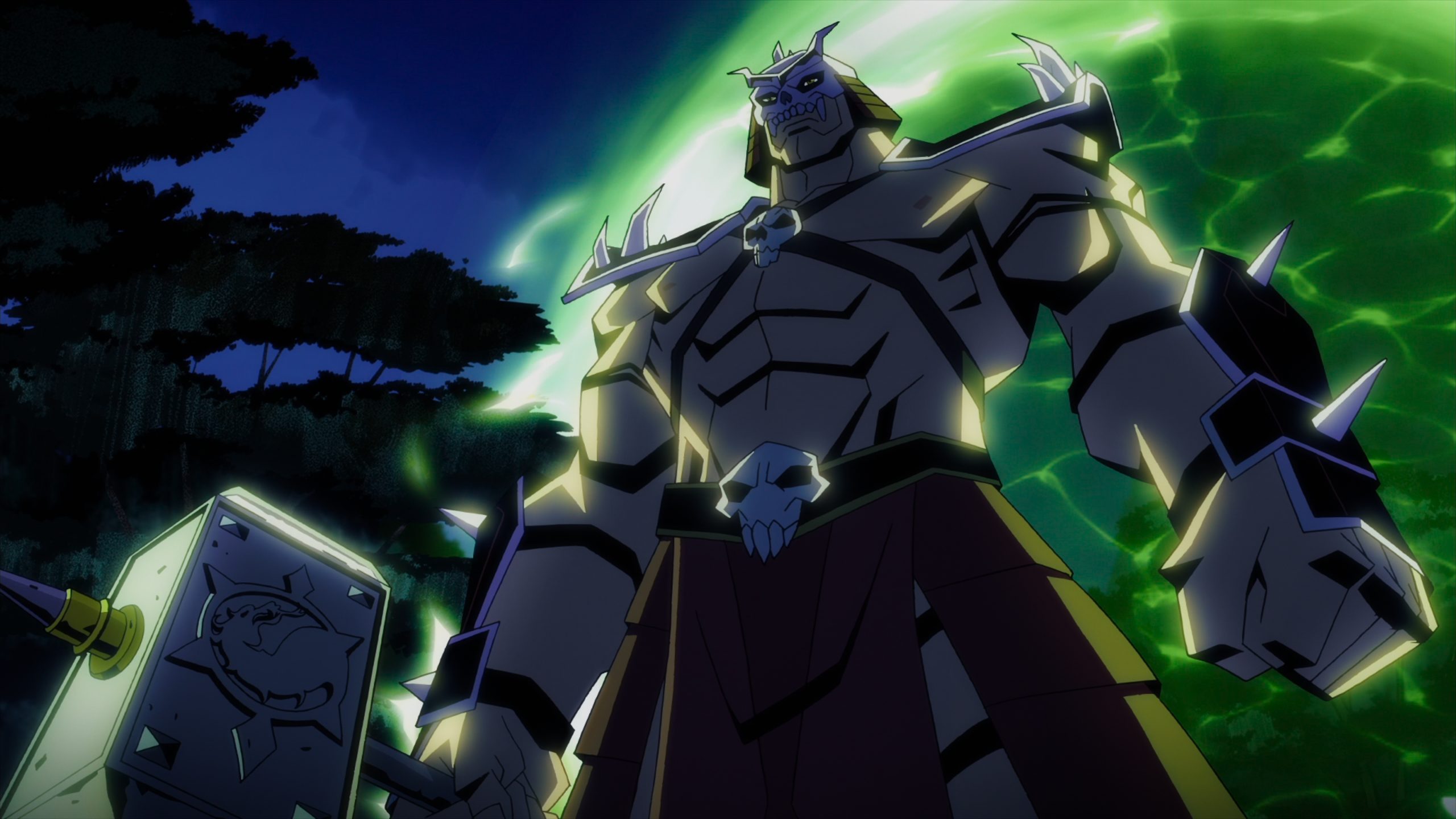 At the source, 2K upscaled animation takes a few hits in the jump to 4K. Notably, aliasing, which impacts a number of fine lines. While sharpness stays high, Battle of the Realms doesn’t gain much in the move to this format – in detail terms anyway.

The winner here is HDR, adding an absolutely reference level glow to lightning, portals, and fire. Even Raiden’s eyes sport a brilliant white. There’s not a moment where the HDR disappoints. This extends to color too where the highly saturated blood and costumes keep the primaries flush. Little interferes other than limited banding, and that’s under control too when compared to Warner’s other animated offerings as of late.

Balanced by potent shadows, black levels give Battle of the Realms a stellar density.

In DTS-HD, the low-end explodes. Punches and kicks land with punishing force. Music stings dip even further. The level of room-rattling can match numerous theatrical flicks. A few inconsistencies aside, it’s splendid in range without falling out of balance.

Surrounds aren’t given the same attention, sparingly used, and rarely prominent. Mixing uses the soundstage only when necessary to convey motion. Fights keep their blows front-loaded, stretching the stereos.

Everything resides on the Blu-ray. That opens with a commentary (which for some reason isn’t on the UHD) from producer Rick Morales and writer Jeremy Adams. The first featurette is a blase EPK that runs seven minutes. Over eight-and-a-half minutes, the cast is given due. Then the disc spends four minutes showing their fails in an outtakes reel.

Rushed and barely coherent, Mortal Kombat Legends: Battle of the Realms turns into a mess that resembles more Dragon Ball than the franchise it’s based on.