Ignoring the radioactive trend that gave birth to movie monsters throughout the 1950s, Zombies of Mora Tau chooses a classical approach: monsters born of voodoo and an ancient curse.

That doesn’t make this a better movie, aside from evoking nostalgia as the script liberally borrows from Universal’s style. There’s the elderly woman warning treasure hunters about the killers, flames keeping the monsters at arms length, a loose colonialism allegory, and women incapable of doing anything other screaming.

If there’s any inventiveness to Zombies of Mora Tau, it’s the underwater action

Most movies of this ilk have heroes. Not Zombies of Mora Tau, at least until the final frames. The men beat women, show their endless greed, and turn on one another, all while avoiding the obvious threat from dead sailors rising from the crypts to protect long buried diamonds. Set in Africa, the location matters not because it amounts to nothing. This doesn’t even look like Africa (likely because it’s California).

If there’s any inventiveness to Zombies of Mora Tau, it’s the underwater action. While shot dry on sets and totally unconvincing, seeing the barely made-up creatures plod through water likely established a first for zombie cinema. That’s the only genuine takeaway from this dud.

Carrying a theme of greed to the end, the script relies on standard exploitation while hunting for thrills. Each character’s despicable traits leave them in danger longer than any rational person. Allison Hayes, just one year before her iconic turn as the 50ft Woman, becomes a bored stand-in for the audience. Her eye rolling and sarcastic replies, at times, feel like a running commentary on the idiocy shown by the men. There’s not enough of Hayes, and she spends the second half comatose in bed. What a waste.

Two years prior, producer Sam Katzman pumped out Creature with the Atom Brain, also a clumsy dud, but at the very least, that movie offered defined heroes, a unique nuclear angle, and an attempt to make the zombies look like, well, zombies. Other than draping them in seaweed and adding some eye dark, Zombies of Mora Tau look as if they haven’t slept in a week instead of being dead for decades. 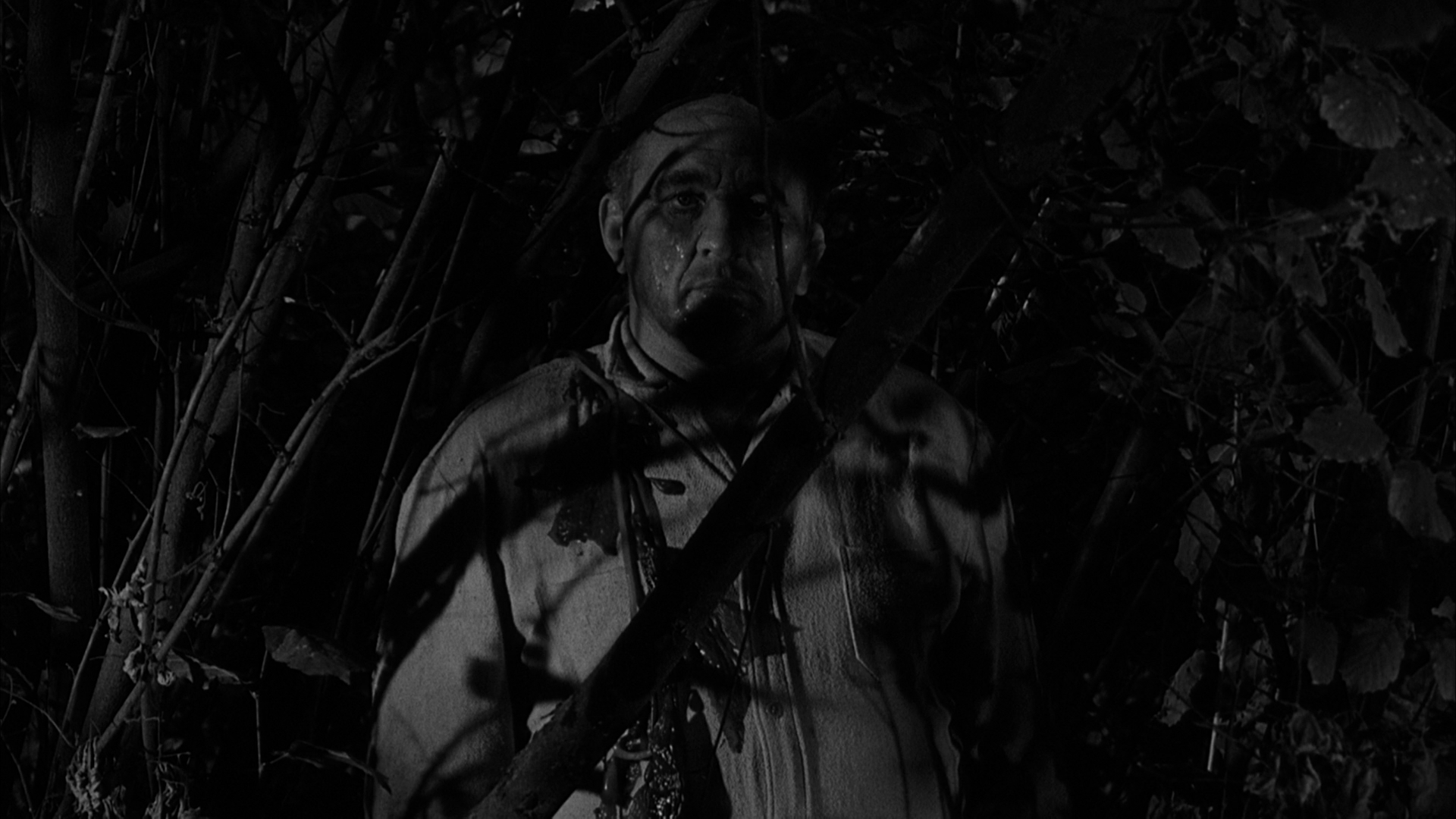 A little cleaner than other films in Arrow’s Cold War Creatures box set, Zombies of Mora Tau’s master was still, most likely, copied from the previous DVD release. Bulky grain adheres to the imagery, resolved decently enough, albeit with few gains since the resolution is merely so-so.

Fidelity lags, just enough to suggest to HD and little more. Resolution adds only limited gloss to the imagery. Zombies of Mora Tau stays softer. Fine, just not up to the often mind-blowing standards set by other catalog efforts of even lesser prominence.

Shot dark, the source cinematography doesn’t offer much in the way of gray scale variance. Shadows crush a tad, struggling to find detail under the moonlight.

Clear enough PCM mono lets the dialog pass through cleanly. There’s nothing in terms of failing fidelity to worry about. The minimal, quiet score is handled well too, stable even at the highest pitch.

Kat Ellinger drops by for a commentary after Kim Newman’s introduction. Atomic Terror explores the mixture of science and traditional horror that filled Sam Katzman’s movies in a 20-minute bonus. An image gallery and trailer brings on the usual finish.

While a little unique for the genre, Zombies of Mora Tau flails its arms without ever finding a workable protagonist.