Among the countless Star Wars documentaries, some focused on making the movies, the visual effects, the communities, and fan bases, Elstree 1976 finds the most unique “in” among them – the “who’s that?” of the original films. As in, that guy who turned around during the Death Star briefing in New Hope, or someone who, in decades of pan-and-scan presentations, wasn’t even seen during the medal ceremony, off screen right.

To draw viewers, Elsstree 1976 tracks down names like Jeremy Bulloch (Boba Fett) and David Prowse (Darth Vader). Others include those even die-hard fans won’t recognize like Pam Rose who was briefly seen on camera inside A New Hope’s cantina scene.

The challenge as a documentary is to make these people interesting. That’s tough, not in the sense these people aren’t worthy of telling their stories, so much as they all inherently fall into the same category of creatives. While some suffered various personal issues through the years and acting careers took different paths, their personalities lack variance. As such, having someone explain how they got these parts matches what the next person says. A jarring transition happens when one actor speaks about their father divorcing their mother, the next speaking about the death of their father – and both were the same age when those events happened.

In the middle, Elstree 1976 finds its momentum as the selected interviewees tell stories from the Star Wars set. The best comes from one who walked into the studio, asked someone to get them coffee, only to realize that someone was George Lucas (and yes, Lucas complied and got the coffee).

Told in sequence (relatively, starting with their career beginnings, and later, finishing with their retirement-age life), there’s a segment discussing the surrealism of it all. For them to sit at a table as people pay $20 for autographs is an unusual perspective. Another chats about how it feels, begging people to walk over as they all stream toward a more famous person. Some love it, some don’t, and finally Elstree 1976 found a method to separate these people. It’s a shame that doesn’t come sooner. 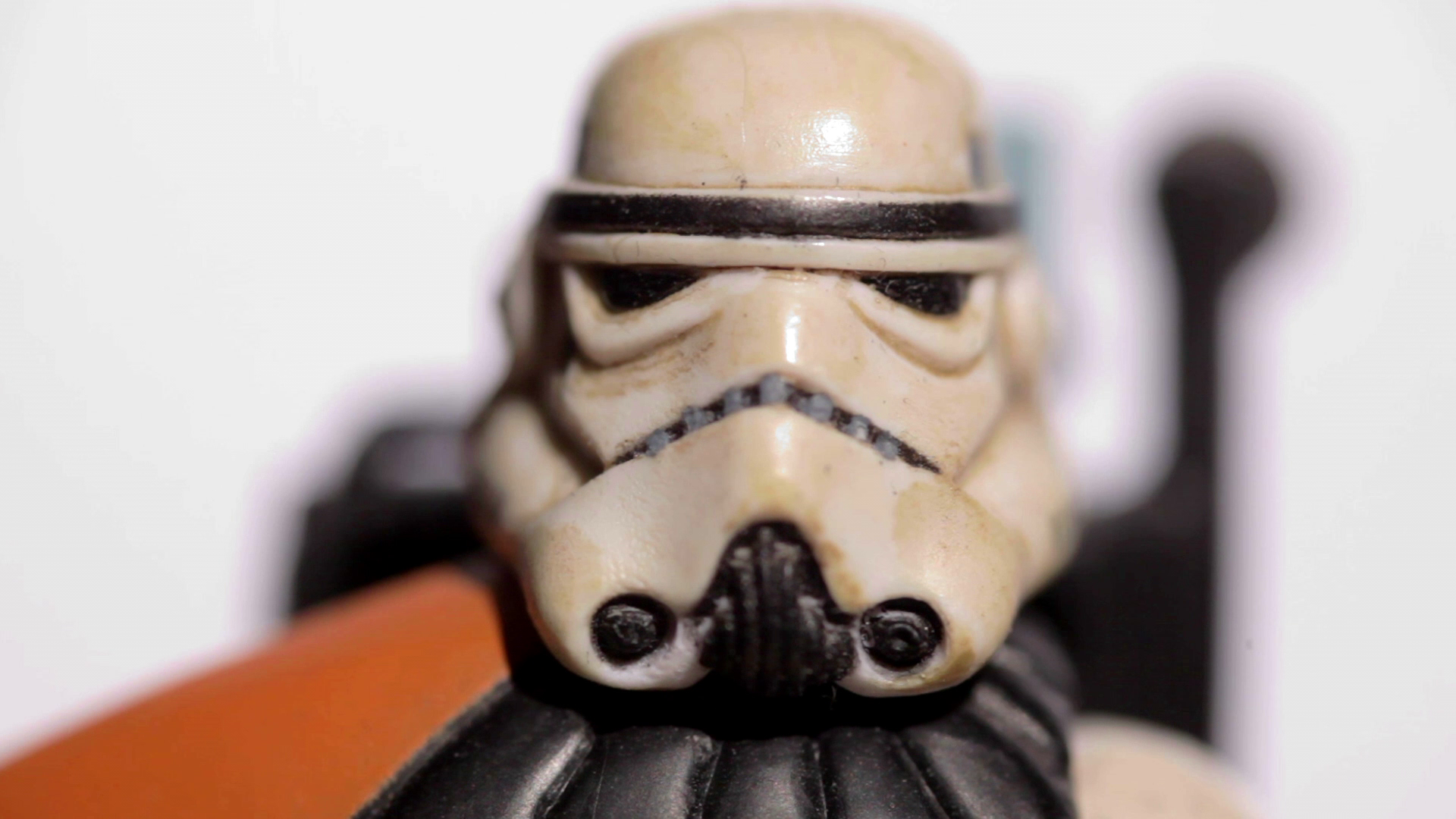 Whatever the source used to film the talking head interviews, it’s unlikely the compression exists there. Instead, the issues are almost certainly stemming from MVD’s encode, which is quite poor. A mess even. Depth of field naturally turns the backgrounds soft, but in doing so, invite masses of compression, artifacts, and banding. If the scene involves grain or source noise, the problem intensifies. There, it’s quite ugly.

The footage itself appears clean in decent resolution. Average definition in close via the newest footage is Elstree 1976’s best. If the camera pans back to midrange, it’s lesser material, barely HD. There’s enough glossiness and clarity if the compression doesn’t intrude to get by.

Dolby Digital comes in two flavors, 5.1 and stereo. There’s hardly any notable difference for this center channel-focused documentary. Either way, the audible chatter keeps a consistent volume and presence. Music drives a slightly greater presence in 5.1, but it’s minor. The soundtrack stretches the stereos, although the surrounds do nothing to enhance things, not that opportunities are frequent.

Forty-five minutes of extended interviews open the bonuses, all presented as one long clip. A tour through the original Elstree soundstage (as it is now) with the actors from the documentary runs close to 12-minutes. Then, director Jon Spira adds a commentary track.

An interesting Star Wars-related topic makes Elstree 1976 stand out, even if the finished product can’t sustain itself.