Gotham producers Bruno Heller (primarily as writer) and Danny Cannon (director) run wild with Pennyworth in its second full season on premium cable outlet EPIX. Ostensibly a dark spy thriller set in an alternate London during the ’60s, spook-for-hire Alfred Pennyworth faces off against the rising fascist threat from the Raven Union. Rising from the ashes of the Raven Society, the growing militia has seized control of several British cities. The villainous Lord James Harwood returns with a dangerous weapon codenamed Stormcloud, which could tip the growing civil war.

Alfred Pennyworth dreams of running off to America escaping his tragic losses. Former comrades Thomas Wayne and Martha Kane help the English League fend off the Raven Union’s advances in this exotic and thrilling second season. Alfred Pennyworth runs a swanky nightclub in London, supposedly neutral ground between warring factions the English League and Raven Society. It provides a perfect cover for the spy’s espionage activities.

Pennyworth embraces decadent storytelling, colorful characters and a penchant for re-writing history on the fly

Pennyworth’s first season introduced most of the cast and set the ground rules for the violent television series. Season one’s excellent cast returns though most of their characters have seen some changes to their lives as England descends into chaos. Thomas Wayne is now head of the local CIA station. Martha Kane is running operations aiding the English League. Actress Paloma Faith’s unhinged Bet Sykes returns, crazier and more deadly than ever.

The show rests on the fine chemistry between Alfred and the rest of the ensemble cast, especially his future employers. Like the showrunner’s prior Gotham, Pennyworth is more of an ensemble drama built around the setting and entire cast than the adventures of one man. Alfred certainly receives focus but season two expands that focus beyond the future butler. Martha Kane (Emma Paetz) becomes a major player in the drama and action of Season two. She’s devastated to learn Thomas Wayne has become engaged since they last saw each other.

Pennyworth embraces decadent storytelling, colorful characters and a penchant for re-writing history on the fly. This is not a dry British spy series based on actual history – the series treats London much like the showrunners used Gotham a few years back for dark drama. It verges on the fantastical at times with larger-than-life characters and insane villains.

There’s a hint that production values take a small budget hit in Season two. Retaining most every character from the first season, there are seemingly fewer set pieces and obvious showstoppers this time around. Another sense I got from this season is that the actors were improvising more than ever – the cast chews more scenery than the smoother season one with its taut plotting. Pennyworth isn’t really for superhero fans and has never pretended being cape fare. The heavily serialized period thriller has an eccentric touch and provides fairly electric high notes during this largely entertaining second season. 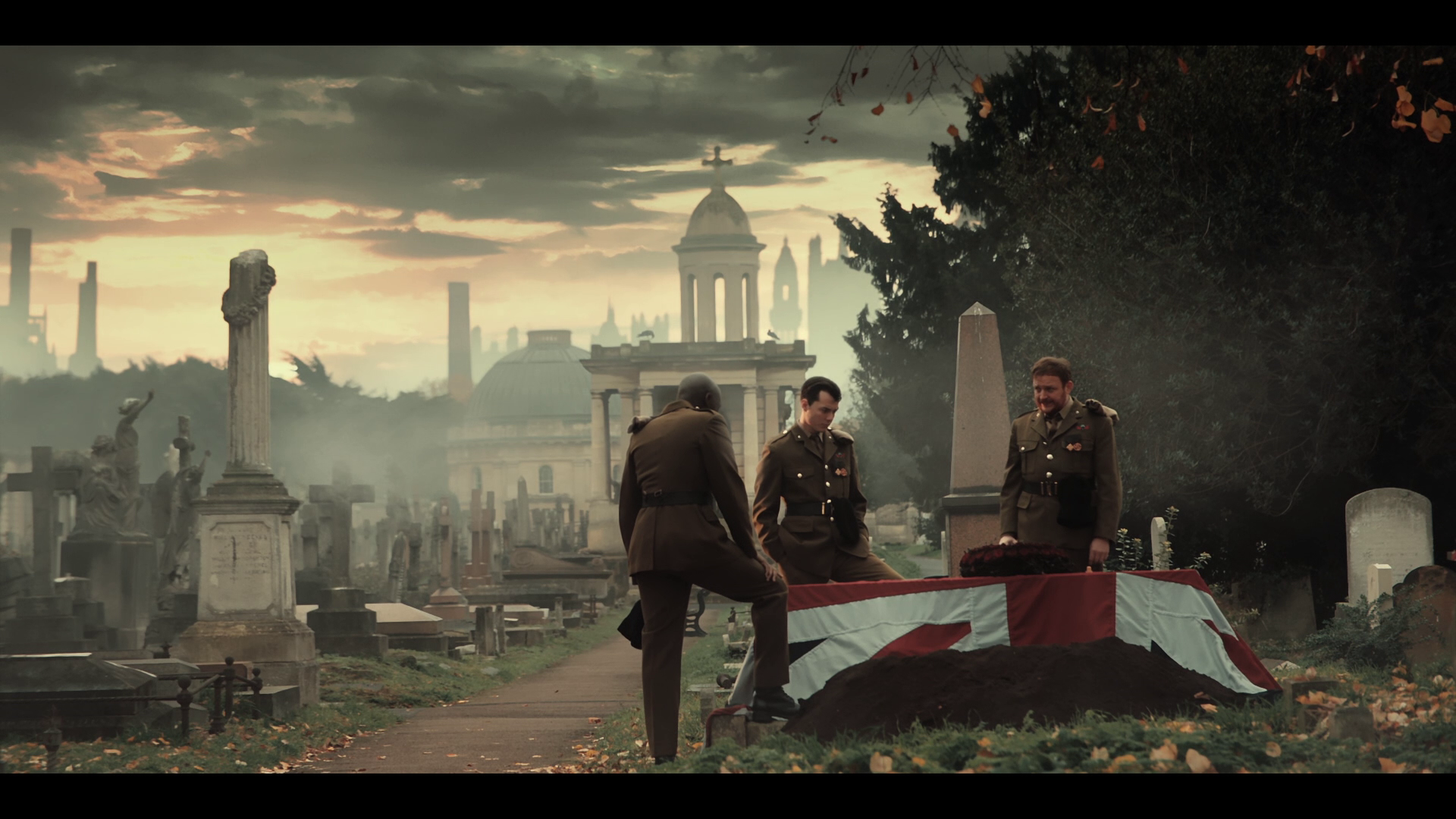 Outside of an AVC encode stretched to the limit by disc capacity concerns, Pennyworth dazzles with outstanding clarity and razor-sharp definition. All ten episodes are spread equally over two BD-50s. Most episodes run over fifty minutes. Warner Archive spread season one over three discs, so the AVC is noticeably worse given the reduced encoding parameters. The cleanly-shot digital cinematography sees a touch of banding and other smaller compression issues. This is otherwise a pristine presentation of nigh flawless source material.

The show’s period aesthetic is composed of sepia and other muted colors. Crisp black levels and a perfect contrast highlight the gorgeous shadow delineation in darker scenes. Pennyworth is the rare show filmed at a 2.00:1 aspect ratio. I found season two consistently superior in picture quality to the already excellent season one. The depth and dimensionality are amazing for a cable television production.

The series is a mix of quiet drama and intense set pieces filled with action, which is reflected by a stout 5.1 DTS-HD MA soundtrack. The sound design is impressive, immersing listeners with an occasionally active surround mix featuring clean dynamics and strong fidelity.

Dialogue is neatly reproduced without getting lost in the more explosive battles and explosions. Bass is ample and adds a nice presence to the atmosphere. The discrete action provides a big impact on listeners.

No special features are included by Warner Archive.