Spiral doesn’t land as it should. What’s initially a compelling concept – that of a copycat killer offing cruel and corrupt cops – falls when adapting that to a mediocre detective procedural. And worse, Spiral keeps it within the department, closed off from a society impacted by police brutality. Rather than commentate, the script avoids the complicated issue all together.

By way of starring Chris Rock, Spiral takes on more energy than the mostly lackluster, clumsy Saw sequels of before. He’s allowed room to inject humor and levity, if still confined to a pitifully familiar rogue street cop, as if groomed on ‘80s action flicks. He doesn’t follow rules, argues with the Captain, and investigates how and when he wants. Given a rookie partner (Max Minghella) only furthers the cliched drudgery.

Saw’s inherent violence as a franchise means the cop killer villain dispatches victims through immense cruelty. That’s different for such a thriller, and rather than make them shining heroes, Spiral faces a pubic condemning lawless actions. In a graphic bit, an officer approaches a car at a traffic stop, the driver puts his hands out, and the cop shoots anyway, point blank. That, “pulled from the headlines” unease matters. What Spiral chooses to do – or not – with it is the actual casualty.

Each Saw movie exposed society’s truths in uncomfortable ways; victims rarely drew empathy as people, only from their pain. That was the design. To see Spiral break from that, to put supposed protectors on trial only to shred them, gives this do-over the potential going forward. But it doesn’t. Traps kill and bodies mount, mostly in pieces. In choosing not to exit the police station in any grand way, Spiral keeps the perpetrators locked in alongside one another. Come the killer’s reveal, it’s a crushing letdown that squashes any social context.

It’s understandably difficult to reset such an ingrained studio namesake. Saw in any form isn’t Saw without traps or gore. The possibilities exist within the people, and Spiral shows zero interest in exploring anything other than the series’ tightly closed off, lower budget worlds. Added star power can’t fix that. 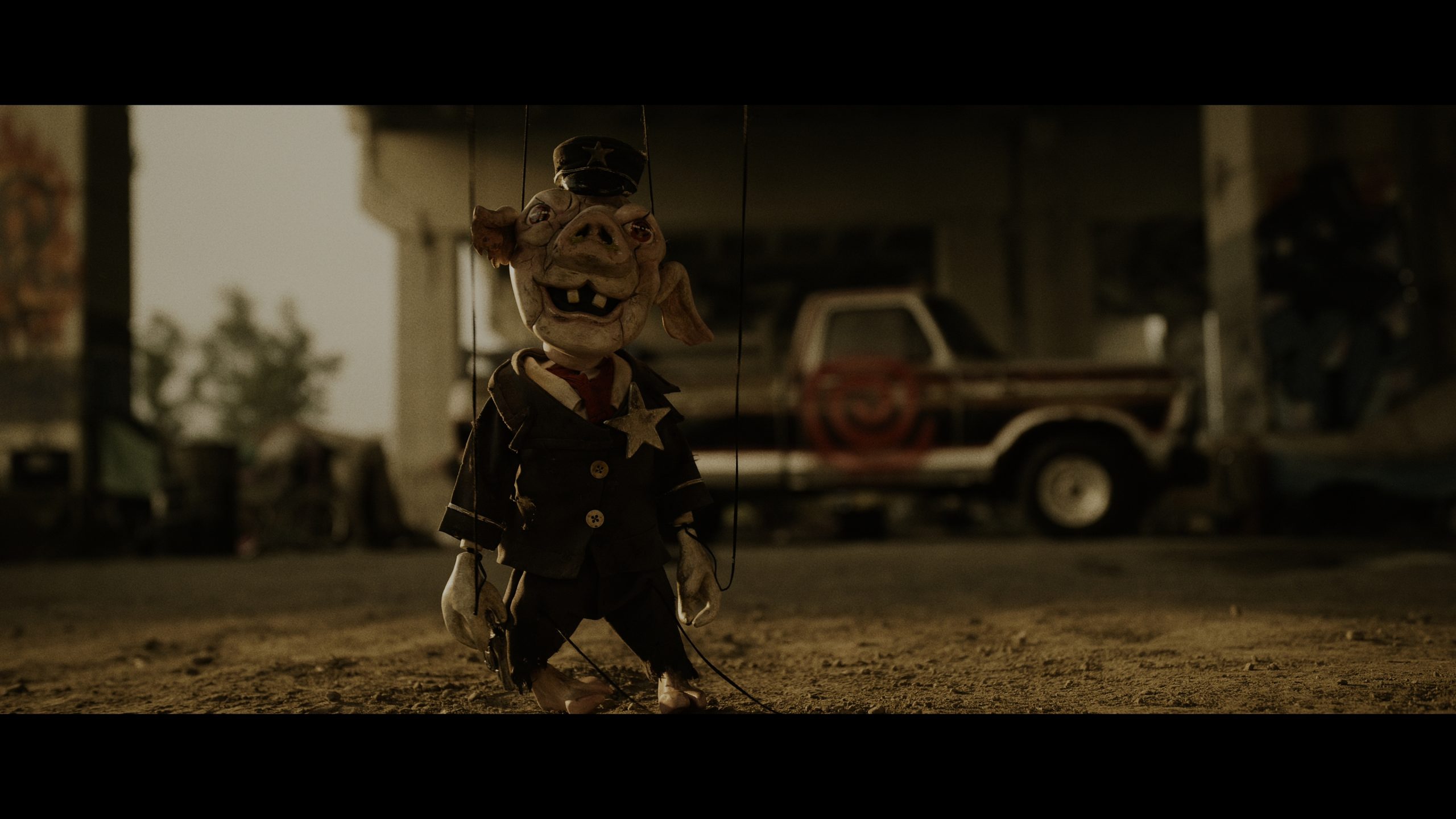 Opening on pure 4K spectacle, the color intensity is raw brilliance. Saturation is equivalent to a cartoon. That changes quick. Spiral makes note of a heat wave and looks it. Amber hues swell, taking over flesh tones and dropping primaries to their level. It’s a lot, too much arguably, but the deep color adds an intensity the Blu-ray can’t replicate.

Usually Lionsgate goes with Dolby Vision, but not here. HDR is more than enough though. Spiral loves deep, dense shadows, occasionally to a fault. Crush does happen. Mostly Spiral sends out images under control and vivid in their dynamics. The brightest elements rarely hit pure white – blame the color tint. At night, the palette turns to an aggressive teal, the same results, just a different hue.

Rendered at full 4K, other than certain cinematography choices, detail erupts. Facial definition hits a perfect reference grade early and often. With the intended heat, everyone sweats, glistening against the intruding light. It’s spectacular. Sharpness rarely relents, if ever. City skylines sparkle. Medium shots create just as much definition as the close-ups. Minor noise is no bother.

Expansive in an Atmos soundstage, this is an aggressive one. Fireworks begin shooting off in the heights just past the opening credits. Ambient helicopters sweep around too, both the rears and overheads earning work. A crowded police station keeps up the activity, chatter utilizing the stereos and rears. By the time traps come into play, clanking metal chains rattle in an impressive bit of mixing.

Where needed (primarily the score), bass factors in heavily. Throbbing and pulsing adds the needed anxiety to the horror scenes. LFE doesn’t factor much into the action scenes, but keeps a steady, consistent presence for nearly all of Spiral.

A triple threat commentary brings director Darren Lynn Bousman, co-screenwriter Josh Stolberg, and composer Charlie Clouser together. A second track includes producers Oren Koules and Mark Burg. A five-part, hour-long making-of is excellent in exploring the project from the series as a whole, the sequel’s conception, and the entire production. Trap designs are explored for a little under nine minutes. The final feature explores the marketing, which is a unique look at an oft-unexplored part of studio filmmaking.

Nearly on point, Spiral misses its goal while falling into familiar cliches that condemn most procedural thrillers.