Much like their marketing strategy for Batman: The Dark Knight Returns, WB Animation splits up their Batman: The Long Halloween adaptation into two parts with a promise of releasing the complete saga down the road. Batman: The Long Halloween Part Two picks up from Part One’s ending and only makes sense if you’ve already watched that release.  Part Two is a satisfying conclusion to the gritty Batman murder mystery with a couple of new twists that may catch old fans by surprise.

As the mysterious killer Holiday remains free, Harvey Dent acts more and more like a criminal each day. Bruce Wayne falls under the sway of a seductive Poison Ivy. The dynamics of the Falcone crime family are changed when Carmine Falcone’s beloved daughter Sophia wants a spot at the table. Foes like the Scarecrow and the Mad Hatter pop up when Arkham Asylum is breached. Batman: The Long Halloween Part Two mostly serves as a wrap-up of the Holiday mystery while introducing Two-Face into Batman’s rogues’ gallery.

…Batman: The Long Halloween is a thrilling, mystery-driven adventure that highlights a younger Batman finding his place in Gotham

Having been blown away by the smooth storytelling and gritty adventure in the first half, I was prepared to gush about Batman: The Long Halloween if Part Two maintained the same supreme quality. I was hoping to place the animated adaptation alongside classics like Justice League: The Flashpoint Paradox. Having now seen both parts, Batman: The Long Halloween’s strong beginning is mildly let down in this largely compelling but merely decent second half finish.

Taken as a whole, Batman: The Long Halloween is a thrilling, mystery-driven adventure that highlights a younger Batman finding his place in Gotham and facing a growing list of foes. If anything, the three combined hours of Parts One and Two needs more time to fully grapple with the intricate murder mystery.

Hardcore fans of the graphic novel by writer Joseph Loeb and artist Tim Sale may not be completely happy with the animated movie’s changes. It should be easier for newcomers appreciating the complex mystery with all its surprising reveals without any prior baggage.

Catwoman takes a much more prominent role in the animated adaptation than the graphic novel. The idea of a connected animated DC universe is also teased in a post-credits scene, which feels out of place in a grounded Batman story set exclusively in Gotham. The story beats are better paced in Part One. They stuffed too many story elements in Part Two and skip over other key sub-plots, which rushes the plot. These are mostly minor criticisms, the entertainment level is genuinely high for fans.

Batman: The Long Halloween is a good animated adaptation that falls just short of greatness. While the film is not entirely faithful in every detail, it’s a remarkable adaptation in spirit. While one can quibble with the changes, there’s no doubt it’s a rock-solid movie that should serve as a blueprint if Warner ever adapts the story for live-action. 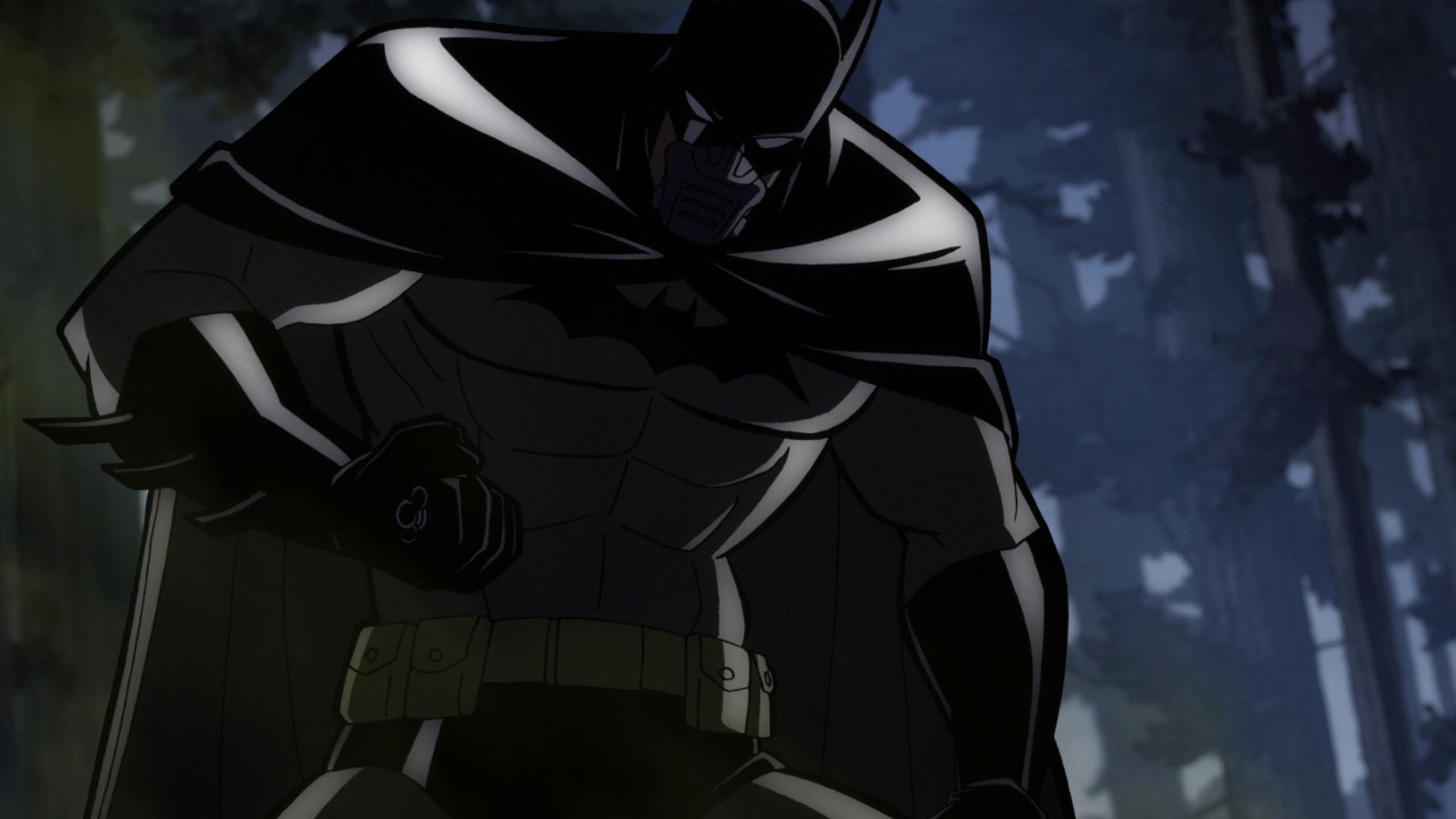 Like the video, Batman: The Long Halloween Part Two has similar audio to Part One’s Blu-ray.

UHD fans shouldn’t fret Batman: The Long Halloween Part Two is only hitting Blu-ray upon release. Warner has already promised a combined UHD with both parts coming in early 2022. The special features here are fairly light for a major animated DC project. Warner is clearly saving material for the future UHD. Expect a double dip with more special features down the line.

This Blu-ray edition includes a Movies Anywhere digital copy that redeems in HDX quality. The general release has an available slipcover. It should be noted that streaming services are already carrying Part Two in UHD quality.

DC Showcase Short: Blue Beetle (16:04 in HD; 2.0 Dolby Digital) – The awesome new animated retro short has the classic Silver Age version of the Blue Beetle (Ted Kord) teaming up with heroes Captain Atom, Nightshade and the Question. They battle Doctor Spectro! Animated as an homage to the Saturday morning cartoons of the 1960s and 1970s, the short is fantastic fun and essential viewing for fans of Blue Beetle and the other characters. A complete tonal change from the R-rated Batman: Long Halloween.

A Sneak Peek at the next DC Animated Movie – Injustice (07:48 in HD) – An extended introduction featurette that serves as free marketing. Kevin Pollack voices the Joker and other behind-the-scenes clips introduce this popular DC Elseworlds adaptation that sees Superman going evil once again.

A Preview of Batman: The Dark Knight Returns Part Two (06:53 in HD) – An old, recycled featurette which serves as a promo piece with cast and crew discussing this older animated DC release.

A Preview of Batman: Hush (09:17 in HD) – Another older featurette advertising a prior Batman adaptation.

A couple of relevant episodes from Batman: The Animated Series are included:

A satisfying finish and successfully entertaining adaptation for one of Batman’s most acclaimed graphic novels, split up into two parts only for marketing purposes.