Note: The Blu-ray is exclusive to the Disney Movie Club

Bruce Willis begins The Kid as a gleefully awful human being akin to Jim Carrey in Liar, Liar. The difference is Willis’ Russ Duritz, in The Kid, made a career out of telling awful truths as an image consultant. Some alpha guys want to be John McClane, the cynical ones, a Duritz.

The Kid aims for something more tender, affectionate, and sweet though. This is Disney. Through whatever time traveling methodology the story deemed necessary (and unexplained), The Kid twists a Dickens-like morality play around this crude, 40-something workaholic when his child-self appears.

The Kid ranges from dull, to harmless, to charming

Although every character beat and story twist is evident based on the synopsis alone, there is a singular trick to The Kid that makes itself notable. Where these films often focus on self-improvement and changing the past to do so, nothing alters in Duritz’s life. His pre-teen form (Spencer Breslin) stands up to a bully, but that’s it. The dynamics of his current self don’t evaporate, so much as he reevaluates. It’s easy to say, looking back on life, that one significant or even insignificant event permanently altered us. The Kid stands against that feeling, leaving a message of being what we want to be in the moment.

It’s inspiring in the end. Predictable too. Marginally entertaining on the way there as well. Duritz’s sarcastic, overworked life evokes a modern American cliché, certainly with some truth. He’s fine, but it’s Breslin stealing this show, carefully balancing obnoxious, kid cute, and as needed, emotional. Together though, Willis and Breslin lack the needed antics to sell the comedy. The enthusiasm never finds consistency, played out in routine shocks as the cast figures out what the audience already knows. Topping that, a lifeless romance that does nothing to elevate Emily Mortimer beyond a stick for Willis to show obvious attraction to. That’s not her fault; it’s what the stereotyped scripting demands.

For a little under two hours, The Kid ranges from dull, to harmless, to charming. Oddly, the best gag isn’t spoken, but written as the credits begin scrolling. A little ironically, it’s a cap on an insignificant thing from earlier in The Kid, as if commentating on how those tiny things can build up over time. 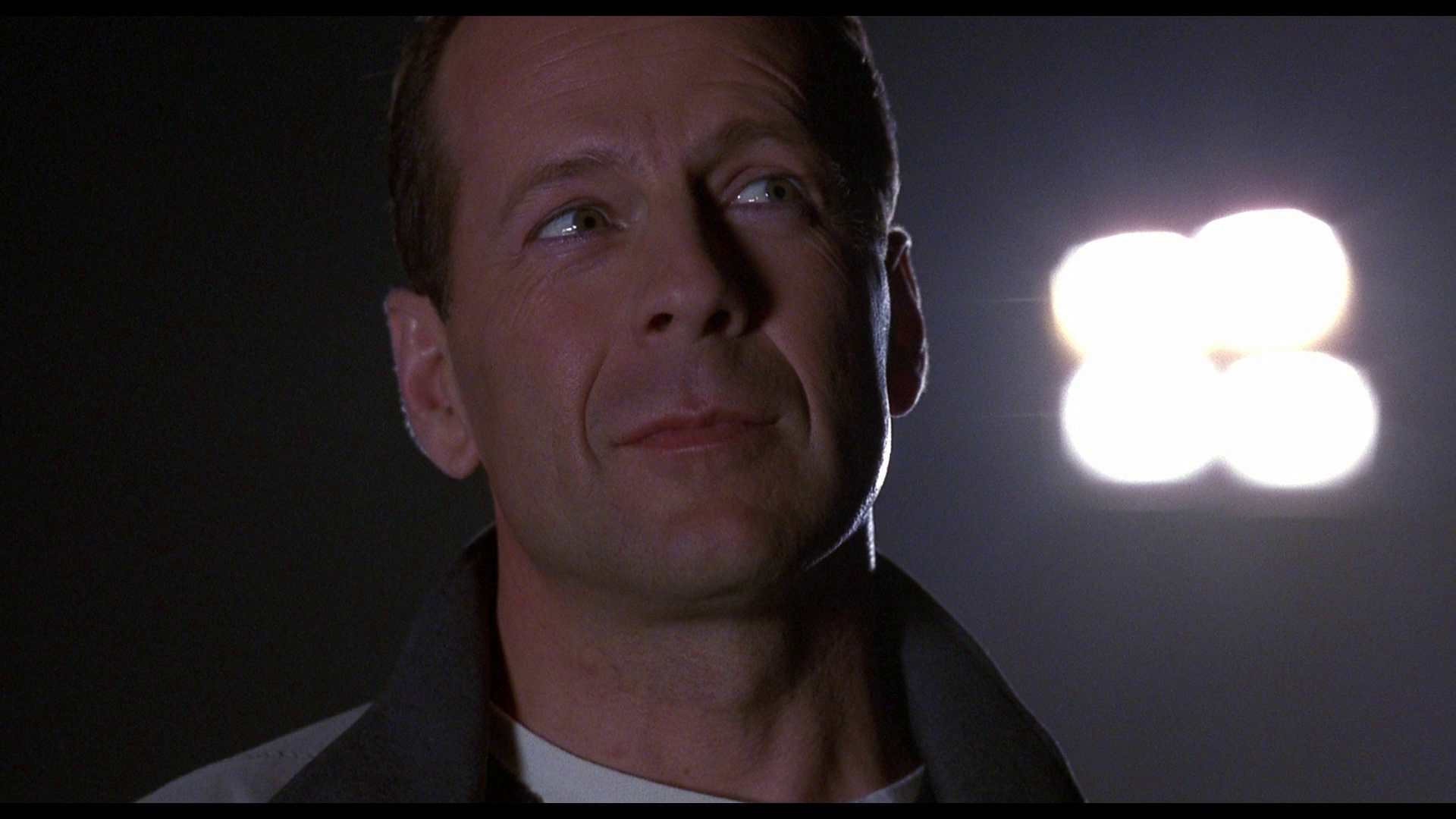 An average presentation from Disney for this Blu-ray begins with so-so grain replication. It’s noisy, and maybe the blame falls on the slightly visible sharpening evident on an older master. Occasional ringing and halos jump from high contrast edges, slight, but enough to bother things. Medium and long shots suffer the worst.

At least the contrast holds up as crisp and impressively bright, something to notice on a disc Disney clearly dumped onto their closed Club service with minimal care. Routine definition resolves texture up close if nowhere else. Blame the edge enhancement.

Mixed on the quieter side, a sharp score excels in filling the soundstage. The wrap-around effect is a convincing one, and DTS-HD handles the range.

Ambiance plays up the scenery here and there, traffic splitting the stereos or rears as vehicles pass. Nothing spectacular, just decent enough, which represents Disney’s overall effort for this disc.

Nothing. The disc is totally barren.

Reading just the synopsis, The Kid’s every plot point is obvious and the script doesn’t turn away from that predictability, but it has enough sweetness to get by.