Silat Warriors: Deed Of Death (Geran in its native country) is an action-heavy tale of Malaysian street racing and blistering martial arts fights. Predictable with a building crescendo of violence, an unlikable protagonist and uninspired action choreography bog down the simple narrative’s unimaginative martial arts tropes. Intense, gritty street fights provide a few explosive moments but everything else in Silat Warriors: Deed of Death comes up short.

Mat Arip (Fad Anuar) is a cocky young gambler with a reckless attitude. Falling in debt to a ruthless criminal gang headed by the mysterious and feared Haji Daud, the young man has gambled away the deed to his father’s modest home and land in Malaysia. Mat Arip’s father Pak Nayan has trained his family in martial arts since they were children. Now it will take everything the family has learned to fend off the crooks and save their family home.

Silat Warriors: Deed Of Death is a Malaysian action import with a lot of kick but clumsy execution

The biggest issues are unappealing characters and half-baked plotting, which slow down huge chunks of the first two acts. Mat Arip is a badly-written protagonist with few redeeming traits, which is why the second half switches focus to his more honorable family members.

The brutal martial arts on display provide the only convincing entertainment in Silat Warriors: Deed Of Death. Grounded more in the reality of street fighting than the flashier martial arts from Hong Kong, bone-crunching battles are the movie’s primary calling card. It’s raw street action made for hardcore fans, though it’s painfully obvious the stunt and camera work are worlds behind more polished Hong Kong and Hollywood productions.

Silat Warriors: Deed Of Death is a Malaysian action import with a lot of kick but clumsy execution. There’s nothing particularly exciting you haven’t seen before with bigger action and better writing. The increasingly repetitive street fights grow tiresome and the story’s cultural ties limits its appeal beyond Malaysia. 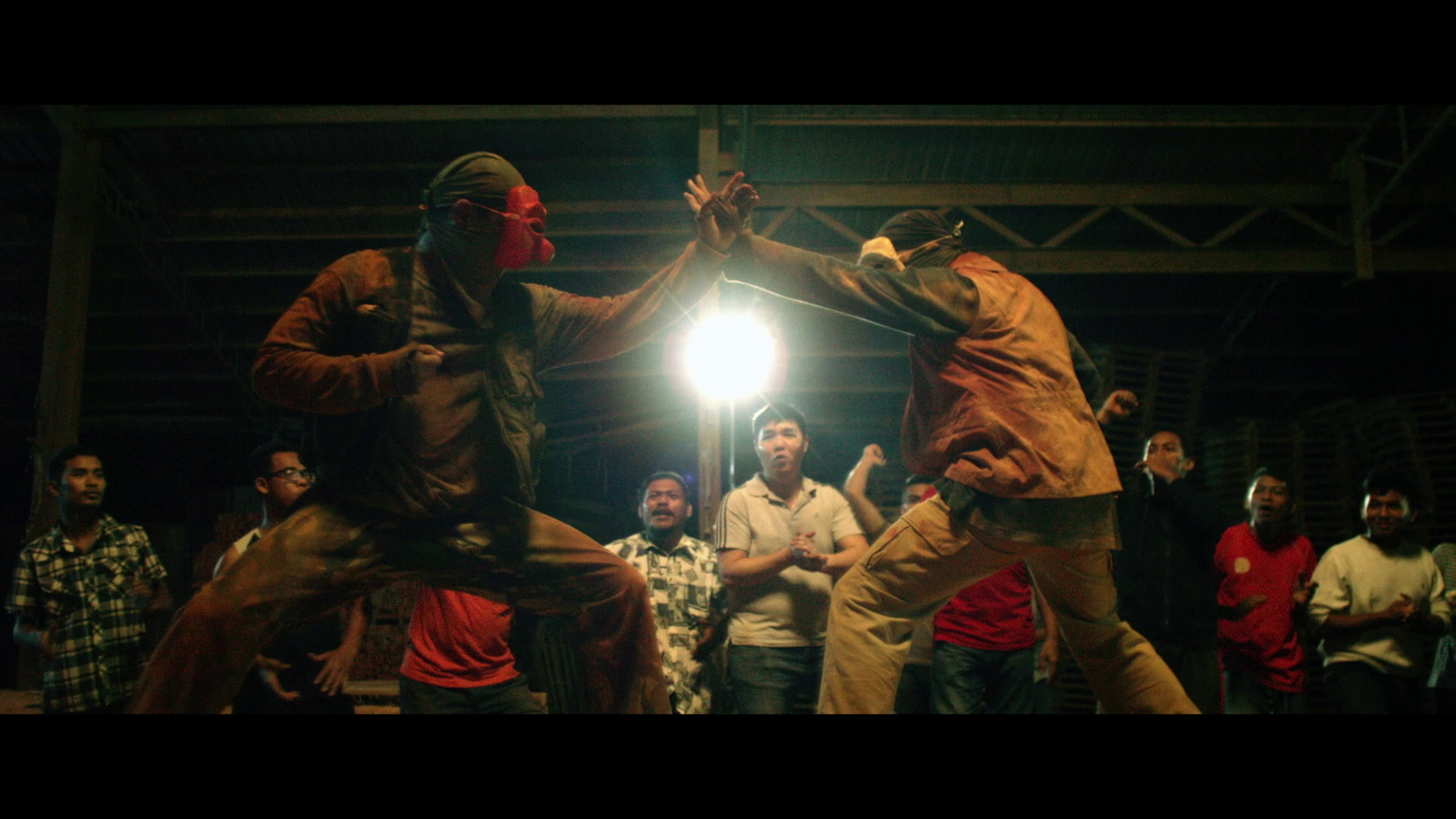 Released by Well Go USA, the Blu-ray represents a satisfactory transfer of somewhat chaotic cinematography hampered by framing tricks consciously implemented by the filmmakers for fight scenes. The main feature runs almost 102 minutes on a BD-25, encoded in adequate AVC with few noticeable artifacts. This is not top-shelf video but serviceable picture quality decent enough for BD.

Filmed entirely in Malay with no English dub available, Silat Warriors: Deed Of Death offers excellent immersion and palpable surround activity in solid 5.1 DTS-HD MA audio. The discrete mix takes full advantage with strong bass and fine channel separation highlighting punches and kicks. Dialogue could be mixed a little higher but nothing is drowned out in the powerful dynamics.

English subtitles play in a white font, inside the scope presentation. A secondary 2.0 Dolby Digital Malay stereo track is an option.

A slipcover has been made available by distributor Well Go USA.