Describing Prospect as a space poverty western condenses the concept to a few words. Its world is heavily worn and lived in. Inhabitants struggle to profit. While sparsely populated, the alien planet contains multiple cultures, none well off it seems.

Prospect shows space and spaceships and space guns and space helmets. The setting matters so little though, the “science” in sci-fi arbitrary, hiding something that’s entirely a gold rush western genre movie. Neither the ideas or pace captivate, putting pressure on first-timer Sophie Thatcher to carry this limited story to the end.

The energy is soon gone. In fighting to live, Cee (Thatcher) and Ezra forcibly bond because they have no one else. Cee is too young and naive, Ezra too injured. In depicting their fractured relationship, Prospect finds an engaging character in Ezra. Like the ships and equipment, he’s fading in usefulness, scraping by and barely functional. Cee learns as she goes, anxious as to her lacking capabilities, and able to present as much through body language alone.

What Prospect needs is some qualifier to justify the setting. In terms of morality lessons, it’s a derivative fable about greed – people digging into a planet to mine gemstones, but doing so requires cutting into a living embodiment of the planet. For world building, that’s smart. In story development terms, it amounts to nothing. Sadly, in total, that nothing too easily summarizes all of Prospect. 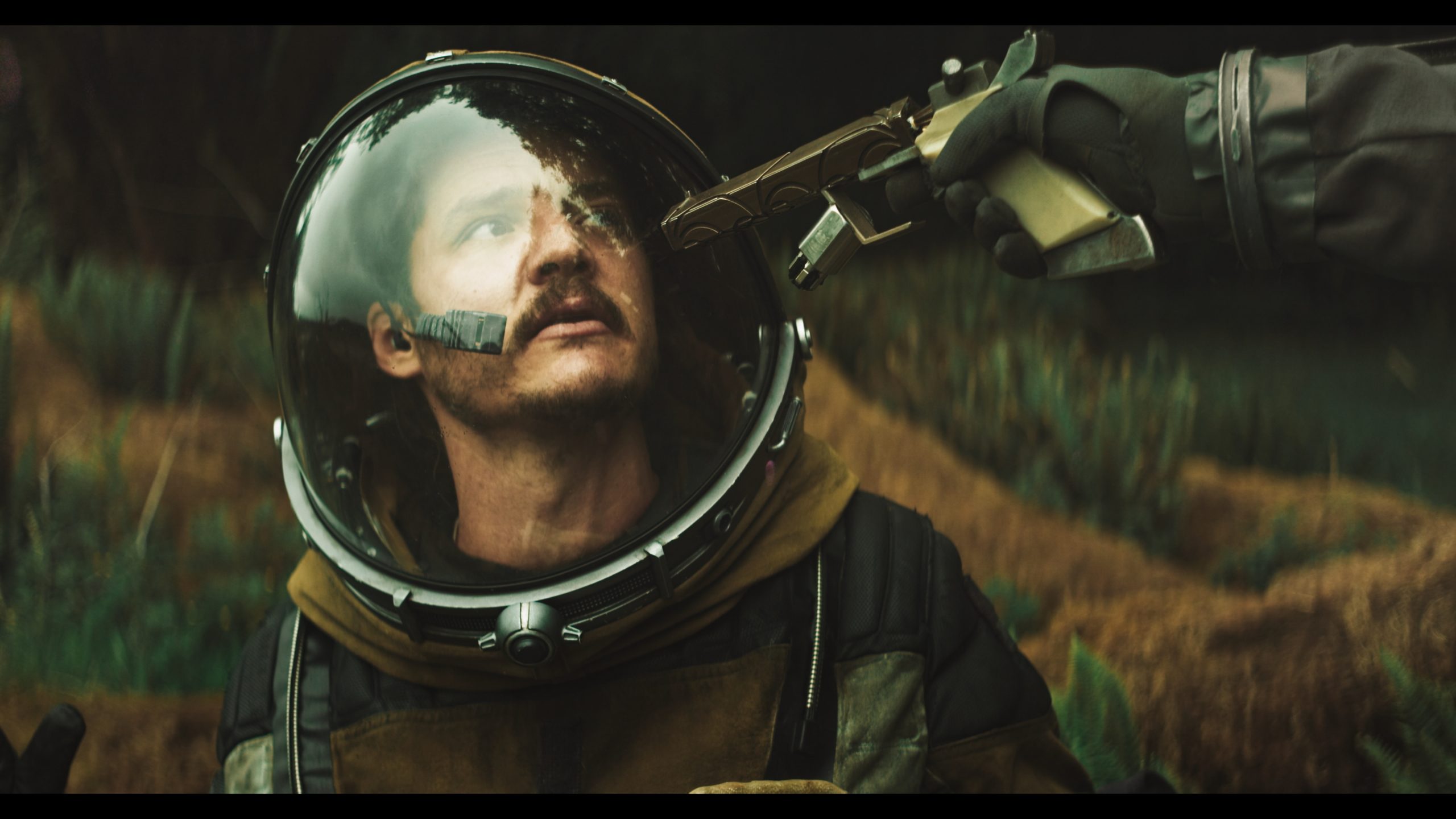 On the lower budget side of things, Prospect’s digital cinematography offers some stellar brightness. Sunlight breaks through the tree lines, bringing its full intensity. That glistens off helmets, water, or anything else it hits. Where the HDR goes sour is in the mid-tones. There’s lacking definition when resolving shadows. There’s little pure black. Instead, it’s the lighter shadows giving this disc trouble, turning murky and a flat solid gray. That is, until the end. The planet’s nightfall is astounding in its black density.

The source digital images suffer from limited noise. It’s clear, reasonably detailed too. There’s not much spectacle, but detail does excel. Wide shots showing the alien forests produce exceptional definition. From newcomer distributor Dust, their encoding doesn’t reveal much in the way of compression, save for the occasional light shadow letting blocking through.

Tinted warmly, orange becomes a pervasive overcast. Red and green try to escape as it makes up the forest, but can’t dodge the emphasized warmth. It’s a lot, but represented as intended.

Early in this DTS-HD track, the spaceship’s interior creates a brilliant atmosphere. The way metal creaks and groans sells the idea of being inside a crumbling freighter. Air hisses too, while sounds outside reverb inside, dynamic in stretching the soundstage. Then comes the bass, a landing exceptionally full, bringing a substantial shake.

This diminishes once planetside. There’s little on offer such as insect/bird calls. Apparently, other than plants, it’s a fairly dead planet. Luckily, action elements drop in on occasion, presenting the same design energy as earlier.

There’s a commentary on the UHD with directors Christopher Caldwell and Zeek Earl. Jump to the Blu-ray to listen the pair chat for 34-minutes in an interview. The original short film is next, with a brief featurette following that. Two deleted scenes and two limited glimpses into the production design follow that. Five scene breakdowns invite the artists to discuss the work.

There’s an interesting sci-fi world in Prospect, but it’s thrown away for a bland, barely disguised western that does little with the science.