After a decade filled with slasher monsters ready to rip open promiscuous teens, the MTV generation got the message a different way. Enter the likes of Fear, followed by Wild Things and Cruel Intentions, movies that made teen sex detestable through real world characters.

A teenage pregnancy crisis launched abstinence programs, trying to silence high school hormones by scaring kids. Hollywood relented too. The plodding Fear treats Mark Wahlberg’s alpha male archetype like a vampire who turns once he’s invited into Nicole’s (Reese Witherspoon) home. He’s flawless until he’s not – notably after the condom wrapper is torn open. That perfect guy isn’t so perfect, but Nicole falls for his charms, and eventually, apologies.

The setup is purposefully designed for relatable teen angst. Nicole lashes out against her mother and step dad, seeking independence in a way all teens do. She stays out late, snaps back at attempted discipline, and when told no, that’s cause to move ahead and do something anyway. To call these characters and their scenarios stock is kind, meaning the first two acts plunge into a benign mediocrity.

It’s not until the closing 10-15 minutes that Fear picks up energy, a gruesome home invasion that arguably goes too far in establishing already established villains. Wahlberg’s psychotic streak brings some tension, although he’s so maniacal as to channel Nicolas Cage at a few points.

All Witherspoon can do is whimper, helpless. The whole movie exists to blame her, the victim, for causing this. Fear concerns her dismissive attitude and what happens as a result. Blame women. Wahlberg turns to violence, but only because Witherspoon continued letting him into her life. Then the title Fear nails it, mirroring the public strategy of making sexual urges turn into deadly chaos that in retrospect, is as ridiculously naive as something from the 1930s; the ‘90s merely added graphic cruelty.

Maybe this worked, a little anyway. Teen pregnancies did drop in intervening years; the crisis died down regardless, no longer the stuff of persistent headlines. Success, only it’s equivalent to hitting a puppy when they do wrong. A dog doesn’t understand the command so much as fear the reprisal. That was the basic approach, to which Fear took to an extreme into its own derivative thriller form. 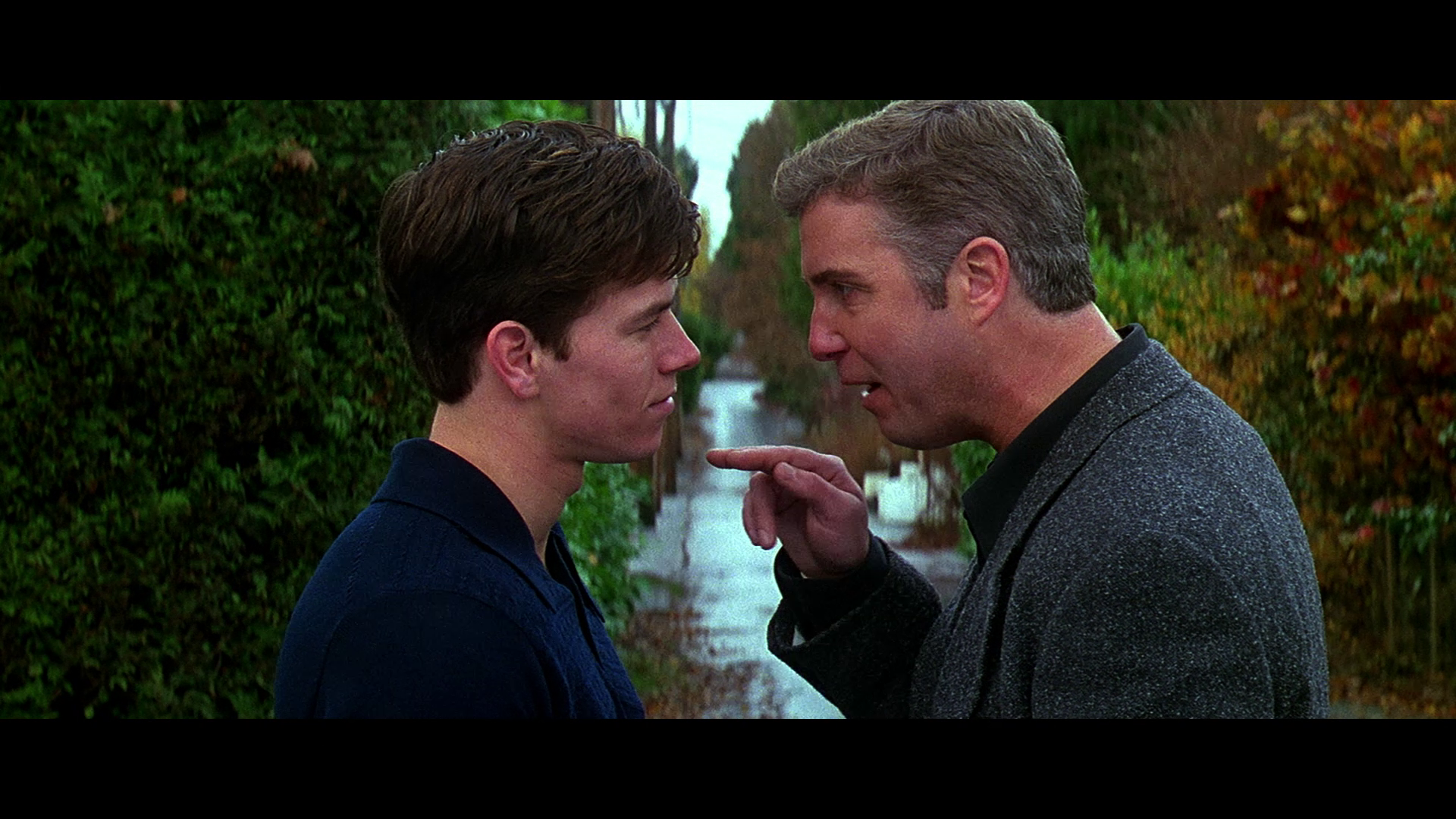 Eww. The print used for Fear’s master looks pulled from a rerun show at a dollar theater in the ’90s, back when those existed. It’s dusty and dirty initially. Grain still exists, so that’s a small bonus, although the limited disc space gives everything a muddier, digital quality.

Licensed from Universal, this transfer comes from the studio’s ugly era. That means thick edge enhancement galore, leaving significant halos all around. Naturally, this diminishes detail in a transfer struggling to deliver any notable fidelity. Extreme close-ups bring minor texture. The further the camera moves, the worse things get.

Strong contrast (with slight clipping) is the best thing about the disc. Fear performs well on both ends, equally potent in tight black levels, important for building up tension, but also winning during clubs and parties. Shadows stand out, delivering solid dimension to an otherwise lacking image.

Satisfying dynamic range perks up the soundtrack and score. Solid energy pops from the low-end, effective during a few scares too. An attempted door breach is brutal near the finale. Fear isn’t overly active in the subwoofer, but works as needed.

Striking in positional use, there’s plenty to note in the rears and stereos. High activity levels allow sounds through the stereos and rears. Listen as the club breaks down into chaos, with smashed decor and screams finding homes in the rears. A helicopter pans by the scene, transitioning between speakers accurately. The final assault on the house features clanging and breaking glass in each channel. It’s excellent mixing work.

Nothing. Fear shares a disc with Contraband in a fight for space as it is.

Fear features a marginally effective finale after an overlong setup that’s designed to scare the MTV generation into abstinence.