“Last Action Hero is aiming to take down cliches, while simultaneously using their fantasy to do so. Last Action Hero is a smarter movie than it’s often credited for. Few if any movies of the ‘80s were willing to look down on sexist tropes. Here in Last Action Hero, women cops wear outrageous leather with little coverage. Even the kid (Austin O’Brien) realizes the absurdity.”

Sony brings a stellar master to 4K, posing a challenge to the encode given the up-and-down grain structure intensity. Compression holds though, maintaining a natural film veneer. Last Action Hero doesn’t fall to compression. The sharpness under that is exceptional, nailing the fidelity and revealing gobs of texture. Any faults lie at the source (there’s an optical zoom around 17-minutes that’s… eww).

Refined color saturation keeps Last Action Hero vibrant, but without going too far as to exaggerate things. Primaries stick out, attractive in their richness. Explosions pop with oranges. The theater carpeting is a bold red. Sony draws out some potent greens from trees and grass. Flesh tones? Spot on. 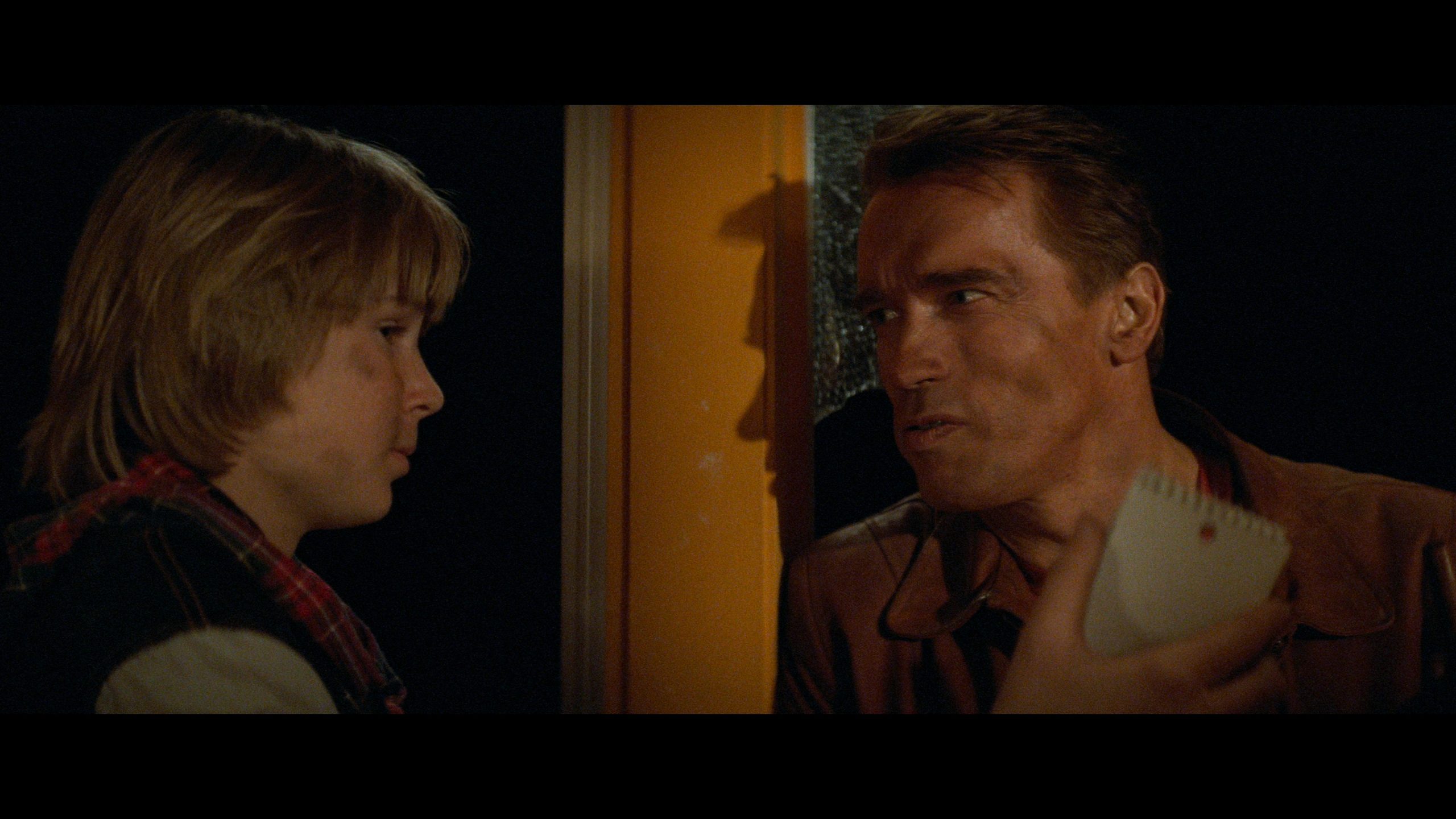 There’s nothing subtle in this Atmos track, favoring the rears for everything, even the heights. Music swells into each speaker to a nearly distracting degree. Bullets sweep the soundstage, not necessarily accurate or precise, but fun. Strong ambiance litters streetside scenes, staying active even when away from the action.

Director John McTiernan provides a commentary track on the 4K disc, along with the other bonuses. Sony includes a 1993 making of, running 6:36. Six deleted/alt scenes run a little past nine minutes, and look restored given their sharpness/clarity. A music video and trailer finish this off.

While whiffing its message, Last Action Hero has a blast sending up action movie tropes and Schwarzenegger runs with the material that mocks his own career.