Read our full Godzilla vs Kong review for more

Other than an occasional bursts of noise (with only average encoding parameters), this true 4K source produces superb clarity. Digital cinematography finds detail galore. Textural qualities impress throughout, as does the resolution. Sharpness makes full use of this format, a dazzler for sure even with some compression anomalies.

At times the palette reduces to a limited orange/teal (although intense on both counts), but generally offers up a rich, dynamic variety. There’s warmth to Kong’s jungle, chill at the Arctic, and everything once Godzilla vs Kong reaches the mainland for its city battles. Saturation doesn’t spare anything, the aesthetic aiming for raw eye candy suited to the blockbuster vibes. 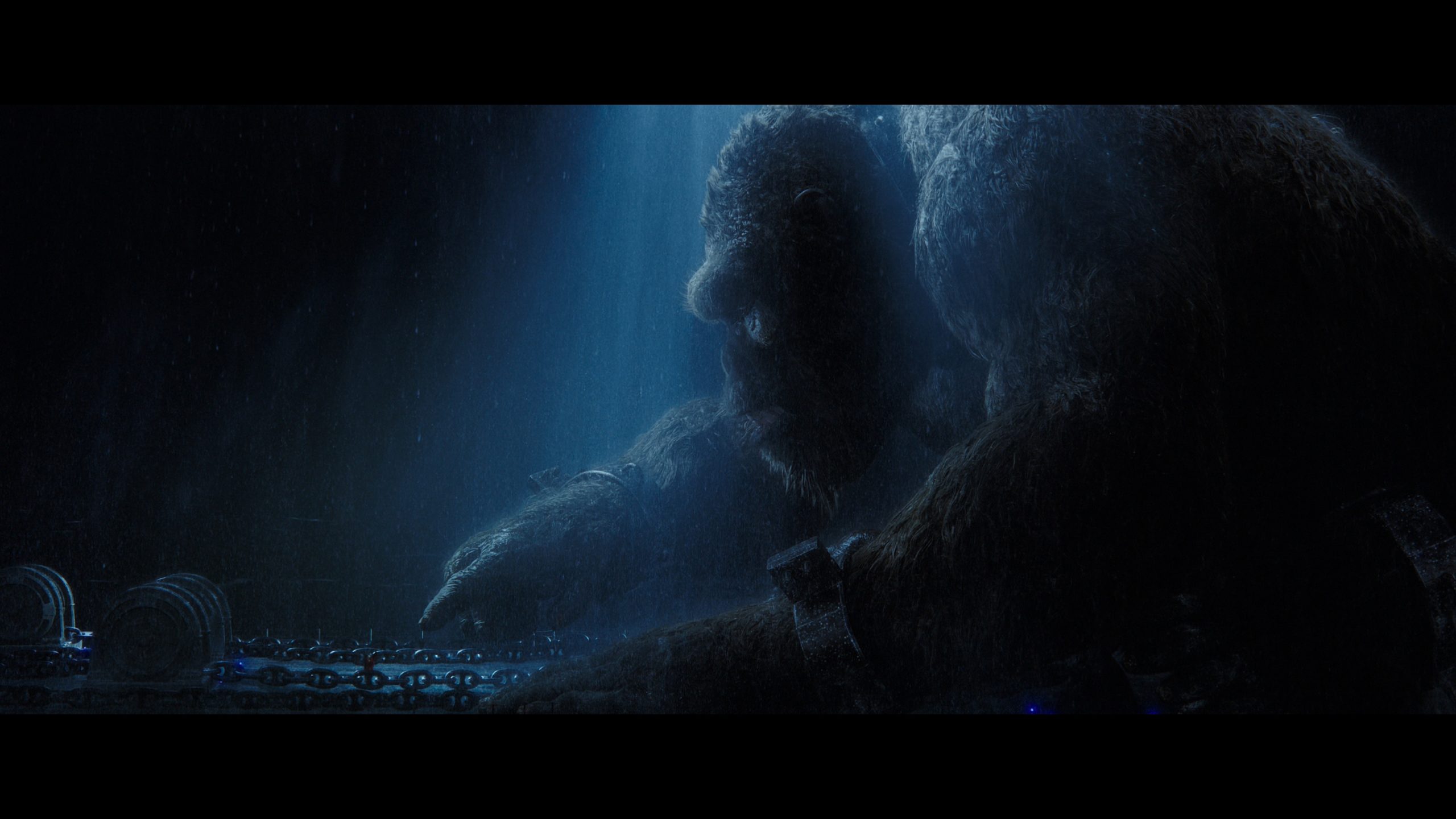 Following Godzilla: King of the Monsters‘ flawless Atmos mix, Godzilla vs Kong manages to match and conquer it step for step. This is an alpha titan pressed to plastic, as ridiculously aggressive in the low-end as any other disc in the market, now or in the past. In terms of subwoofer power, this is a consistent performer, with more rumble-per-minute than any other release. Roars, thunder, punches, stomping, explosions – whatever. The tightness is a constant presence, and enough to rattle walls every time.

Equally marvelous, channel separation sends audio through the soundfield, fully acknowledging the height channels and surrounds. It’s beyond showy, a full two hour demo that barely rests. Given the limited dialog scenes, Godzilla vs Kong just… keeps… going. There’s not a single opportunity missed, no matter the scene’s scale. Even in neighborhoods, car stereos pan between speakers, dogs bark for ambient material, and voices break from the center. Aural magic on a disc.

Adam Wingard drives a solo commentary as the lone 4K disc bonus. The rest is on the Blu-ray. Featurettes on both Godzilla and Kong are separated into their own sections with two for Godzilla, and four for Kong. Mechagodzilla gets his own featurette too, a bland EPK for seven minutes. The final three extras focus on each of the main fights, their designs, and pre-vis clips.

Insultingly stupid and completely out of step with the previous two films, Godzilla vs Kong is among the worst movies either franchise, Japanese or American-produced.