MacGruber doesn’t hit as often as comparable parodies like Airplane or Hot Shots, but with more ratings leeway, chooses to pump itself full of expletive-laden rants, plus two sex scenes that seem to sure to enrage the MPAA in the best way.

Given the chance to revisit the absurdity of Rambo 3 from the outset, MacGruber entered the comedy genre in a ludicrously high-spirited, patriotic period, but sticks to past via a stolen nuke plot as if stuck in the ‘80s (much like MacGruber himself). That’s part in tribute to MacGyver, part an excuse to be utterly stupid and get away with it.

Will Forte isn’t the snappiest lead. Kristen Wiig proves inconsistent. Ryan Phillipe’s straight-guy-in-a-dumb-guy’s movie evaporates into the background. When in its groove though, MacGruber doesn’t shy from anything. Toilet humor galore intersects with the nonsensical action, the budget boost compared to sketch comedy used to jolt the gunplay a touch, leaving the rest as-is. Scene-to-scene flow has that sketch feel.

Director Jorma Taccone’s PopStar landed with more force six years after MacGruber. In a world hosting the idiot comedy masters the Zucker brothers, Taccone needed a shot to find his voice. MacGruber, as a first go-around, shows clear talent for timing and proper parody. It’s consistent enough to work, off-setting any comedic dead air by landing the next gag. It’s a high enough success rate to get by, and the images over the closing credits finish the story on a dazzlingly crude high note. That being the final impression means walking away satisfied, burying the sloppiness that came before. 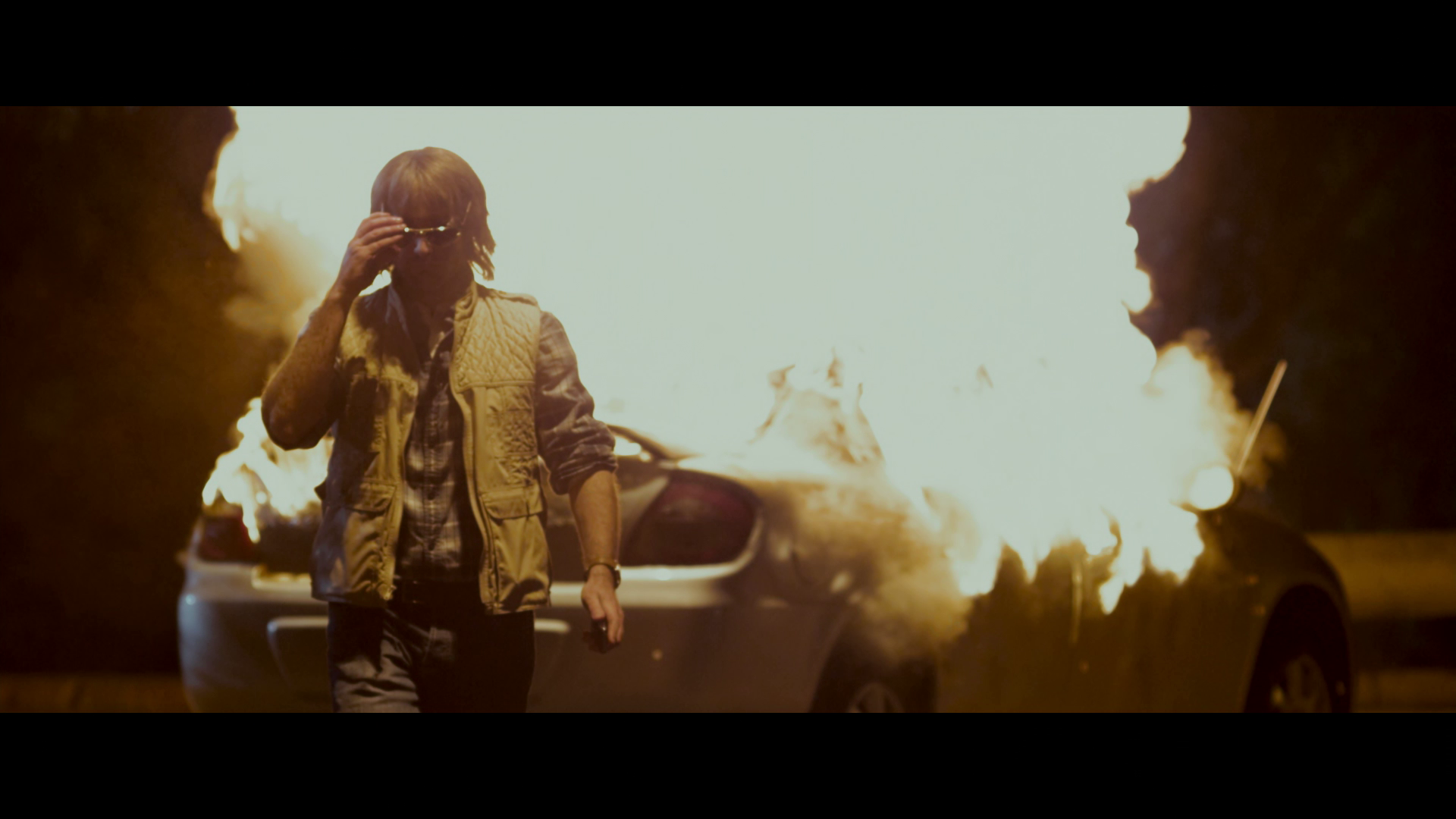 Mill Creek licenses this relatively recent master then applies a stricter compression routine. At times, that doesn’t visibly matter. The digital source provides the clarity, detail popping thanks to reasonably high resolution. Then comes the artifacting, not severe but distracting. Often filmed with a haze, the smokiness invites blocking. Any shadows failing to reach pure black cause added problems too.

Heavy (super heavy) contrast barrels into the frame, the hyper aggressiveness clipping detail as is the intent. Like the color, everything mimics the Michael Bay extremes. Black levels hit decent depth in comparison, passable in density. It leads to a firm image that performs consistently.

Offering a boomy DTS-HD mix, the low-end punch is the clear highlight. Guns drop far into the subwoofer, rattling and thumping in a satisfying way. Explosions reverb perfectly, bringing a great intensity to the track, mimicking the action flicks MacGruber is parodying.

Rear channels activate perfectly, the first major sequence a shoot-out inside a truck where the bullets pan between speakers, using each positional. Every showdown that follows is equally wild. There’s not much in the way of ambiance during downtime, but the track scores where it counts.

Nothing, which is a shame because Universal’s original disc contained a drunken commentary from Jorma Taccone that’s a must.

No joke is too low for MacGruber and it’s able to get by on its willingness to dig itself into a hole so juvenile, you have to respect the effort.

The 15 unaltered images below represent the Blu-ray. For an additional 22 MacGruber screenshots, early access to all screens (plus the 120,000+ already in our library), 120 exclusive 4K UHD reviews, and more, subscribe on Patreon.