The Legend of Hei is a richly animated fantasy tale from China starring an adorable cat spirit with good intentions. A human martial arts master with magical superpowers takes a young cat spirit named Hei under his wing. Their carefree adventures are disturbed by a looming war between humans and spirits led by a faction of spirits threatening the delicate peace. The Chinese tale is a fun-filled adventure aimed at youngsters with daring battles plucked from anime with a Wuxia twist.

The young cat spirit Hei (Luo Xiaohei) loses his forest home when humans clear it out. Now alone in the world, soon he meets other spirits like himself on the run from humans. Running into a group of animal spirit creatures led by Stormend, Hei is taken in by the group right before they clash with Master Infinity (Wuxian in Chinese). Master Infinity is a powerful human that serves as an enforcer for the Spirit Guild, a group that helps control the spirit population for peace with humans.

Hei ends up on a long journey alone with Master Infinity. The rambunctious Hei soon warms to his new human companion and begins bonding with him. In the process he learns that Stormend may not have been correct about humans. Hei becomes a critical nexus in the developing battle between humans and spirits with the fate of the world hanging in the balance.

The Legend of Hei is an absorbing, well-made animated fantasy tale from China

Part martial arts fantasy, part boyish adventure tale, and part coming-of-age, The Legend of Hei is an inventive and delightful animated romp. Set in the modern world but with a nod to Chinese myth, the smoothly-written tale enchants with approachable characters and cool battles. The hand-drawn animation clearly borrows a page from Japanese anime influences with its art direction.

The polished storytelling crafts its plot around the developing relationship between Master Infinity and Hei. Hei is an adorably cute protagonist, one that will charm most hearts. Master Infinity gently shows Hei the world and the young spirit slowly opens up.

The Legend of Hei is an absorbing, well-made animated fantasy tale from China with nearly flawless execution. You wouldn’t be wrong in thinking this is a slightly more mature attempt at combining Kung Fu Panda with a more whimsical fantasy touch pulled from Studio Ghibli’s legendary catalog. About the only thing I would have done differently is build the villain up in more depth and detail. But the movie already runs over 100 minutes, packed with action, laughs, and a keen sense of morality. 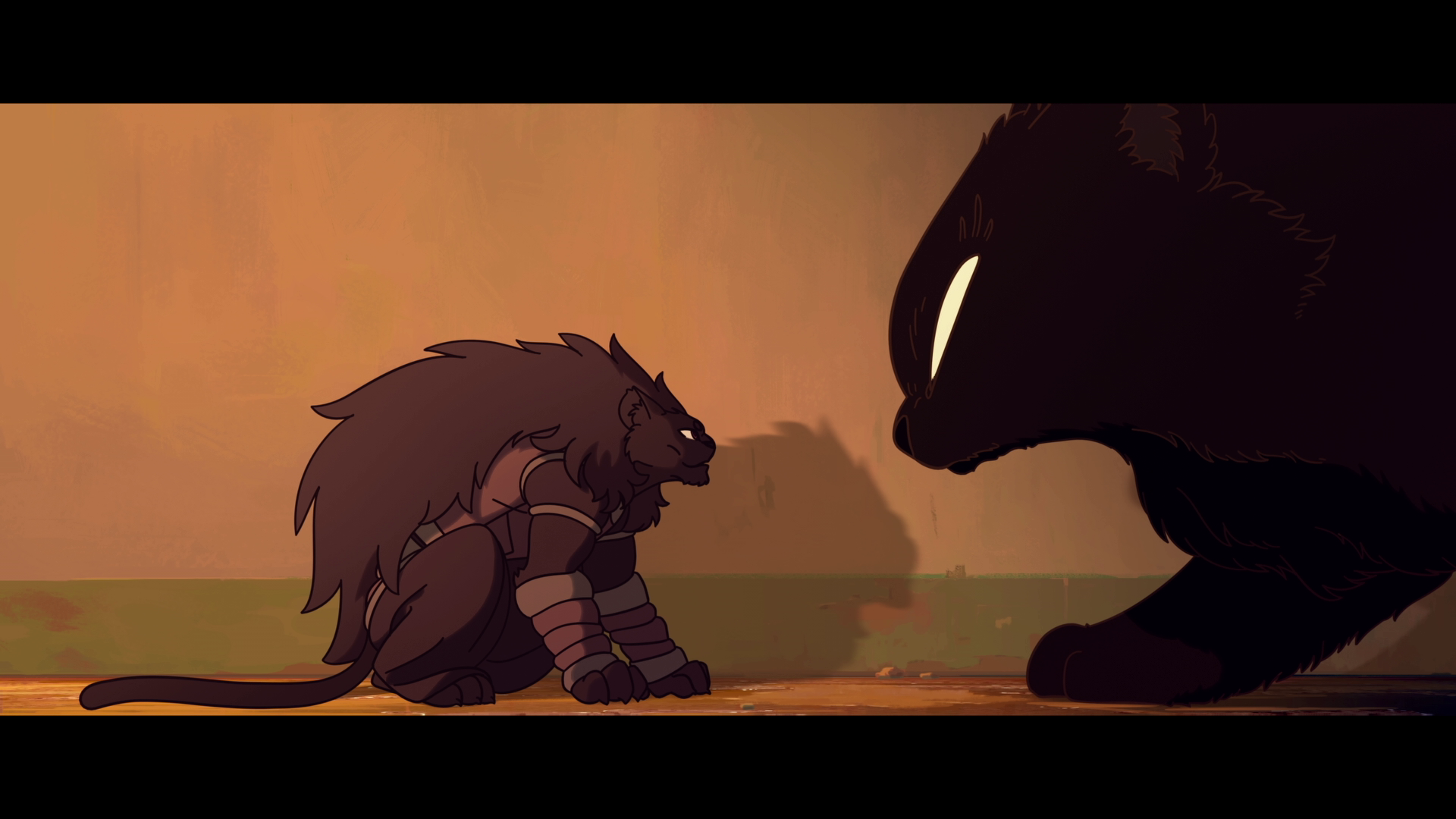 It’s a shame that traditional animation like The Legend of Hei won’t get wider exposure across the globe. Made in the tradition of anime from Japan, the vivid hand-drawn animation looks great on Blu-ray with fluid movement and interesting character designs influenced by a number of sources.

There’s a certain Studio Ghibli fantasy vibe going on in the Chinese movie. It’s not as expressive or detailed as Ghibli’s beloved films but you get the drift. Consider The Legend of Hei an attempt by the Chinese animators to emulate Miyazaki’s handiwork.

The 2019 Chinese movie runs 101 minutes on a BD-50 courtesy of Shout Factory, taking a chance on stunning world animation. The high-bitrate AVC encode is nearly pristine. A bit of banding may be baked into the animation but it’s rarely evident. The 2.39:1 presentation has lush colors and a vibrant palette. A serious amount of money has been sunk into the animation, which results in quality fluidity and memorable character designs.

The Legend of Hei’s traditional animation is perfectly made for 1080P video. This is not a case where I am yearning for a 4K master on UHD. The movie maximizes its animated aesthetic on Blu-ray with clean lines and dynamic art. It’s polished, consistent and impressive video with no real issues.

Both the original Mandarin soundtrack and a new English dub are heard in outstanding 5.1 DTS-HD MA choices. Crisp dialogue and heaps of discrete audio activity highlight both soundtracks. The atmospheric surround mix offers convincing extension on the low end and excellent imaging across the front soundstage. There are plenty of dynamics with ample headroom and light compression. The score has a full, rich quality with distinct Chinese influences.

The English dub is great with strong voice actors for all the important roles. Don’t feel ashamed listening to it if the Chinese audio isn’t your thing. It’s a very good dub that doesn’t mess with the movie’s tone or intentions.

The good news is that Shout Factory provides both English SDH “dubtitles” for the English dub and proper English subs for the Chinese audio. There aren’t big differences interestingly enough besides the names in English. The optional subtitles appear in a white font inside the scope presentation.

There are no special features included in this Blu-ray and DVD combo set. A glossy slipcover is included.

The Legend of Hei

A rich, enchanting animated fantasy tale from China in the mold of Studio Ghibli.

The 15 unaltered images below represent the Blu-ray. For an additional 46 screenshots from The Legend of Hei, early access to all screens (plus the 120,000+ already in our library), 120 exclusive 4K UHD reviews, and more, subscribe on Patreon.