There’s not a real character in Drive. Each personality exists outside logic, either similar to a ‘90s cartoon or maybe an adult Power Rangers given how loud, boisterous, and energetic they are. Drive isn’t scared to play with that campy nonsense, or outright acknowledge it.

In part, Drive is a typical buddy road trip movie, but ludicrously spliced together via a story about electronic implants that turn Mark Dacascos into a speedy kung-fu warrior. That hardly seems needed; the sci-fi elements barely amount to anything. It’s merely a means to explain the wirework and improbable flips.

Drive is not intellectually empty, much as the kooky tone keeps downplaying the cause

For Drive’s world, this fits. Running from a goofy Texan (John Pyper-Ferguson, who coincidentally took a small part in the Ryan Gosling Drive), Dacascos pairs with a failed singer, Kadeem Hardison, to escape the assassins. Together, they prove relentlessly entertaining, and give Drive credibility in terms of exploring shared racial experiences. For a movie that sees the heroes jumping/running from no less than three explosions in slow motion, the script delivers a genuine honesty about being black or Asian in America. Hardison warns cops that Dacascos is “Five fingers of death,” to which an officer replies, “Aren’t they all?” Pyper-Ferguson’s villain regularly berates anyone not speaking English, and doesn’t separate Japanese from Chinese.

Even the thematic side is more intelligent than the wacky story suggests. Fears over China eclipsing America in technology filter in. Dacascos’ goal is to sell the tech to a US firm, and his reason? His wife died at the hands of Hong Kong’s Communist regime. Drive is not intellectually empty, much as the kooky tone keeps downplaying the cause.

The energy though comes from the fights, overcoming the lower budget by injecting a dazzling, kinetic enthusiasm for iconic kung-fu cinema. Credit to experienced choreographer Koichi Sakamoto who designs wild, innovative brawls, and while slightly over-edited to appease western producers, allows Dacascos to display his skills. There’s a visible equivalence to Jet Li’s output during this period, and certainly Rush Hour in terms of blending east/west genre films.

Drive capably stays afloat even during downtime because either it’s successfully dramatic or the comedy revs up. Brittany Murphy’s bit as a sex-crazed ditz running a motel is able to stand out from the action scenes. Her addition cements Drive’s outlandishness, and it’s only a disappointment in that she leaves the story soon after. 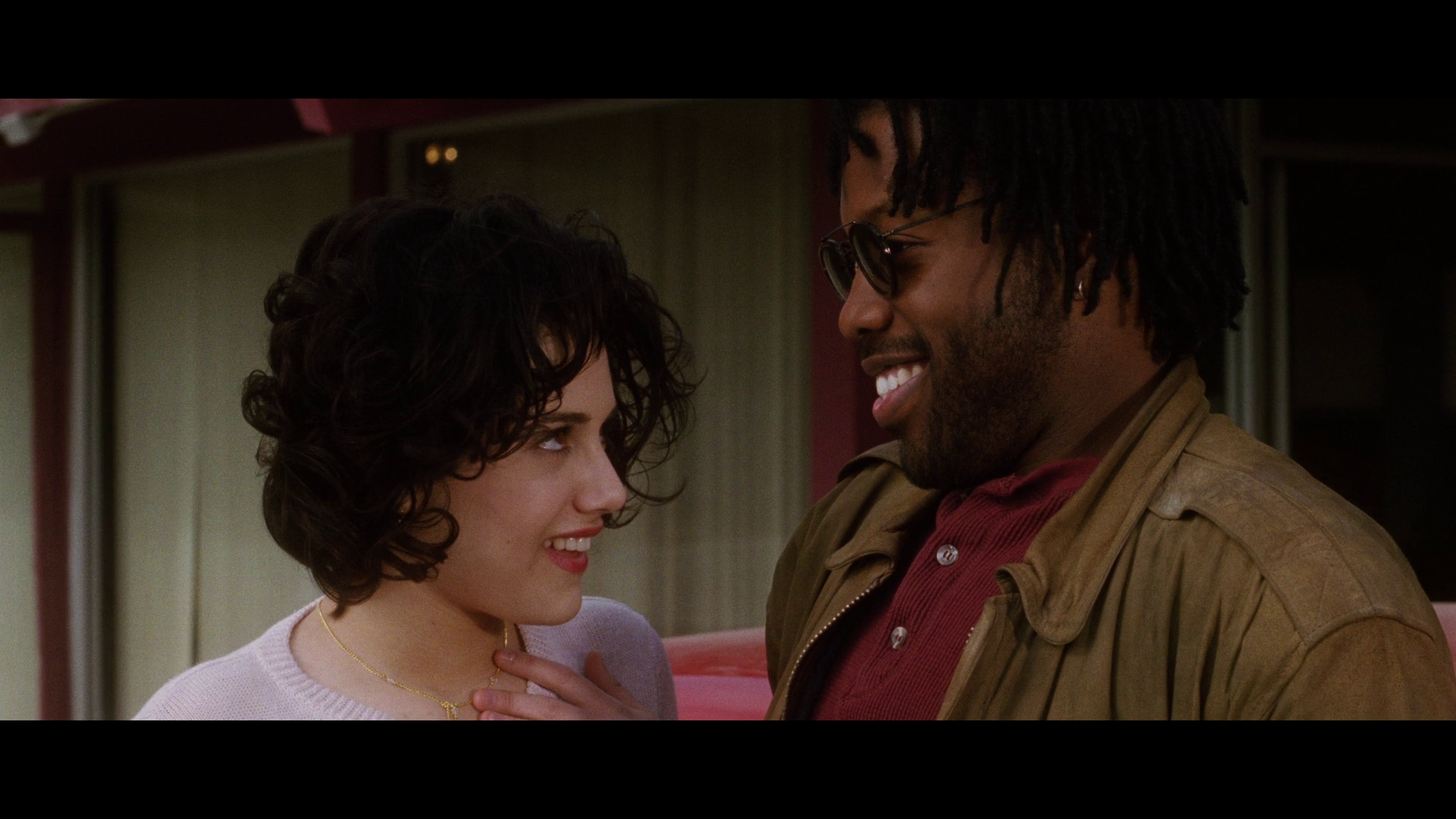 Gorgeous work from MVD, and probably the best thing to come from their Rewind Collection so far – visually at least. A light grain structure poses no challenge to the encode, and this is clearly a new, modern scan. Marvelous sharpness resolves precision texture. Facial definition pops in HD, and it’s totally consistent shot-to-shot. When cinematography takes full advantage of the wide frame, fidelity succeeds, resolving the location work.

Original stereo is offered uncompressed in PCM. A 5.1 remix is compressed Dolby Digital only. While not problem free, the PCM track wins. It’s cleaner and sharper. Channel separation only becomes noticeable when absolutely needed. Otherwise, this is flat and centered.

Action clumps up and struggles to individualize each element. The score, gunfire, dialog, etc. bundles together. Range chokes a little too, although punches/kicks at least reach the low-end.

MVD brings both the extended and theatrical cut, although the latter is sourced from a lesser print, and also in the wrong aspect ratio. Almost nine minutes of deleted scenes come second, and a hefty 47-minute documentary third. While apparently from the early DVD era, it’s not without moments worth watching. Paired off from that are an additional 24-minutes of interviews. For more, a commentary brings together Dacascos, Hardison, Sakamoto, and director Steve Wang.

The 15 unaltered images below represent the Blu-ray. For an additional 32 Drive screenshots, early access to all screens (plus the 120,000+ already in our library), 120 exclusive 4K UHD reviews, and more, subscribe on Patreon.