Mortal Kombat is unusual in that it assumes audiences know what Outworld, Earthrealm, and Netherrealm are. Generally, with millions on the line, a studio hunts for a wide audience. Then again, Mortal Kombat’s hefty R-rating assumes anyone in attendance played the attached videogames.

By limply spilling lore, the result feels akin to a TV premiere. An expensive one, but an elongated episode of an anticipated arc. But, it’s also Mortal Kombat, expressively violent to a comical degree, and where blood matters more in the immediate term than plot or logic. To note, this isn’t a series light on backstory – over some 20 games, things turned messy, yet fairly consistent in depicting a good/evil conflict steeped in Asian mysticism. This Mortal Kombat keeps those elements near. 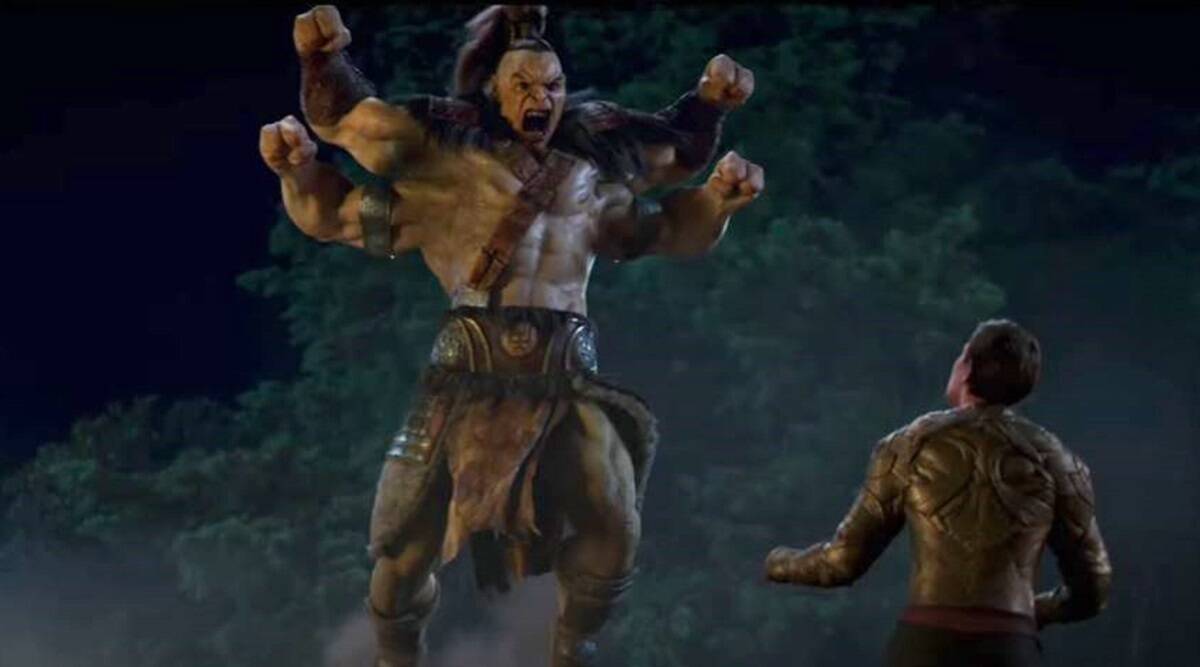 Mortal Kombat isn’t interested in coherence necessarily, so much as kooky fan service

Feuds between Japanese and Chinese clans, not without historical precedence, seem ludicrous in such context. Any reality would. People lose limbs, shoot fire from their hands, come back from the dead, and earn superpowers. Thunder gods, lizard creatures, vampire demons, American military bravado; pick one, and Mortal Kombat finds a capable representative in its roster, smart in suggesting centuries long warfare through the characters themselves.

This adaptation goes further, cementing Mortal Kombat into the world of MMA via a newcomer who doesn’t seem terribly necessary. It’s then book-ended by rival ninjas dueling inside a steel cage, because that’s modern c[k]ombat or something.

What leads the story into an octagon is practically non-existent after a capably constructed opening. Opening text speaks of a tournament that never happens because Mortal Kombat isn’t interested in coherence necessarily, so much as kooky fan service and surprisingly well choreographed brawls, settled when someone loses a body part in a blood shower. Those first acts power through thanks to the brashly offensive Kano (Josh Lawson) who never employs a verbal filter. He’s hilarious though, a masculine stereotype doomed to fail and the comeuppance is pure satisfaction. 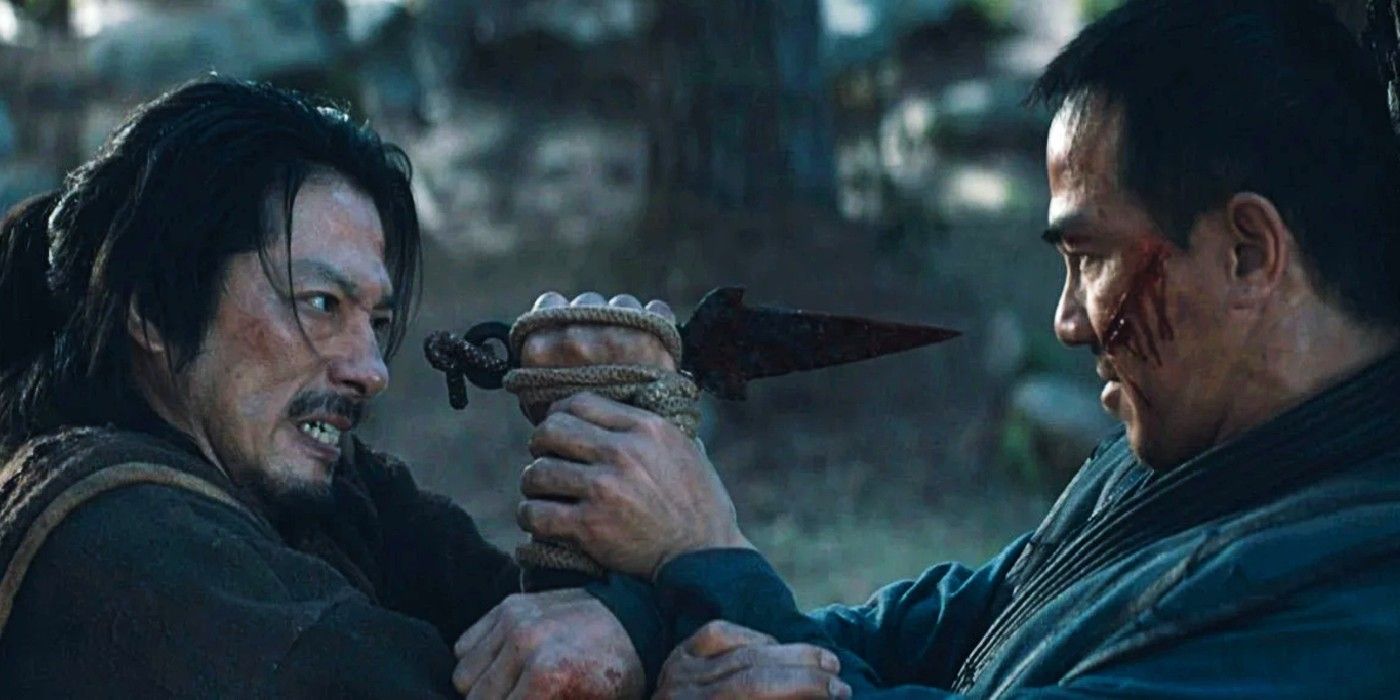 As made-for-the-movie Cole (Lewis Tan) tries to carry this as a protagonist, Mortal Kombat suffers. He delivers an unintentionally funny monologue about teamwork that fits better in Power Rangers or a Dreamworks cartoon. A connection to his family runs thin, even when it’s revealed he’s a (literal) defender of right.

It’s important then Mortal Kombat doesn’t slow down. Fights keep happening, blood sheds by the gallon, and the script doesn’t allow time to linger on the usual essentials like nuanced characters. Exploding heads come first, but hopefully the obvious sequel setup amounts to… something.

Thin and ludicrous, Mortal Kombat doesn’t wait for anything to happen, instead brawling from the opening moments to distract from contextual faults.