Shoved into being by Bill Rebane, this zero-dollar cheapie spends 90-minutes on people chatting around a living room table, or speaking with robotic-sounding aliens over radios. Occasionally, there’s a red light. That represents the visitors.

Invasion from Inner Earth begins passably. There’s a scene as pilots fly over empty streets, a sick man warning them not to land given the extraterrestrial viral outbreak that’s killed so many. For local ’70s era filmmaking, it’s effective. Then, nothing else is.

Invasion from Inner Earth dooms itself for all eternity

If the worst sin a movie can make is to be boring, then Invasion from Inner Earth dooms itself for all eternity. Egregious scenes of nothingness never build tension or pacing. Dialog goes nowhere. Characters bring nothing of interest. Stiff performances lack any convincing qualities. Then comes a brief dance number worthy of the schlock cinema hall of fame.

To find anything memorable, it takes the full runtime because Rebane comes up with an ending so outlandish, it’s unforgettable. Not in a positive way, rather implausibly bizarre, trying to add thematic gravitas like 2001 – only attached to a gratingly terrible film beforehand. 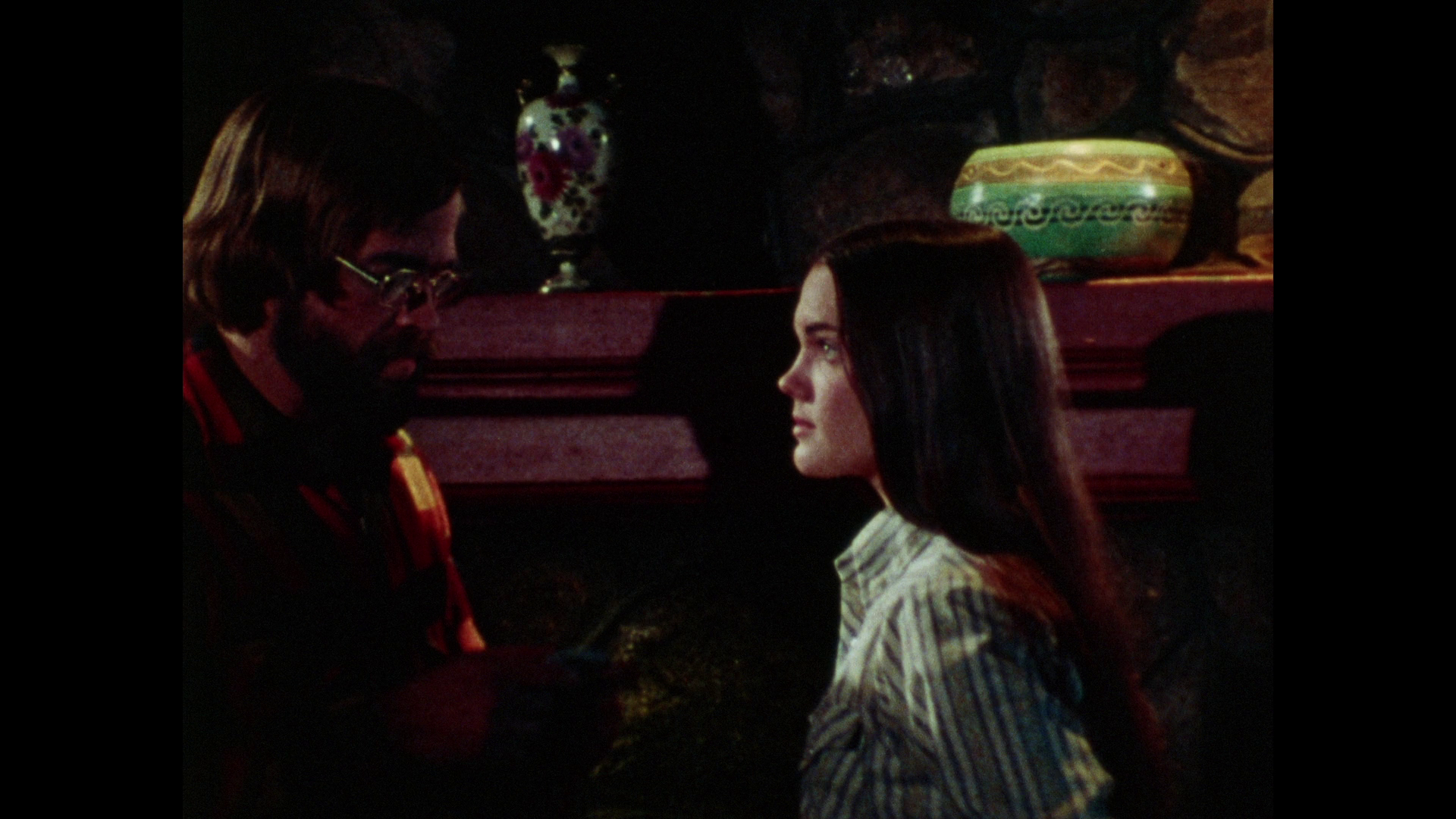 Dim interiors suck detail into the shadows even as black levels fail to hit pure black. Cloudy skylines keep contrast dulled. Not much energy jumps from these visuals.

All of the red lights and red flannel bleed a little, the only prominent color in a faded, dulled presentation. Primaries lack punch, their life taken by time.

Sloppily recorded on set, dialog features a hefty echo effect, plus scratchy treble. This assumes the grating score doesn’t render lines unintelligible at times. And, the music itself struggles to maintain consistency. Electronic cues likely never had much to offer anyway.

Some popping/hissing/static run through the film stock, and the DTS-HD mastering doesn’t fix it.

The invasion of Invasion from Inner Earth is a devious plot to bore humanity to death, and if seen by enough people, the plan will work.

The 15 unaltered images below represent the Blu-ray. For an additional 16 Invasion from Inner Earth screenshots, early access to all screens (plus the 120,000+ already in our library), 120 exclusive 4K UHD reviews, and more, subscribe on Patreon.