Director John Woo likes to use doves during his slow motion action scenes. It gives them a certain grace and spectacle as gunfire explodes. Vanquish uses seagulls. Water rats with wings. There’s no better visual to depict Vanquish than a seagull flock trying to escape being on camera, or being noticed as part of this movie.

Vanquish isn’t merely a bad movie, like one of Bruce Willis’ nonsense roles lately. Instead, it’s a dreadful, tiresome, incoherent sequence of images, stitched together to loosely suggest a plot. After the opening credits take nearly seven minutes to finish, Vanquish becomes an action thriller resembling something from the post-Matrix early ‘00s. The mind races back to the insufferable Crazy Six, of which Vanquish is equally garish and wildly edited in a failed emulation.

Imagine the Midnight Run writer pairing with Morgan Freeman, only for the result to be… this. Freeman spends the movie confined to a wheelchair, talking into a headset to Ruby Rose who’s murdering drug runners for him. Most shots go close on Freeman who picks at his gray beard in a not-so-thrilling, repetitive visual.

If there’s a point to Vanquish, it’s showing corruption that runs through all elements in society. The church, the cops, the politicians; all become involved in the illegal trade. Even Freeman, who begins Vanquish as a lauded police hero succumbs to crime. Rose agrees because she can’t afford her daughter’s medical bills, another tiny commentary, all of it then unwound as the incomprehensible “style” railroads this total disaster.

Rose’s victims range from racially stereotyped gangs, an arrogant politician, and at the worst, a galling gay cliché played by Joel Michaely that counts as offensive if anyone actually saw Vanquish. Hopefully they never do. 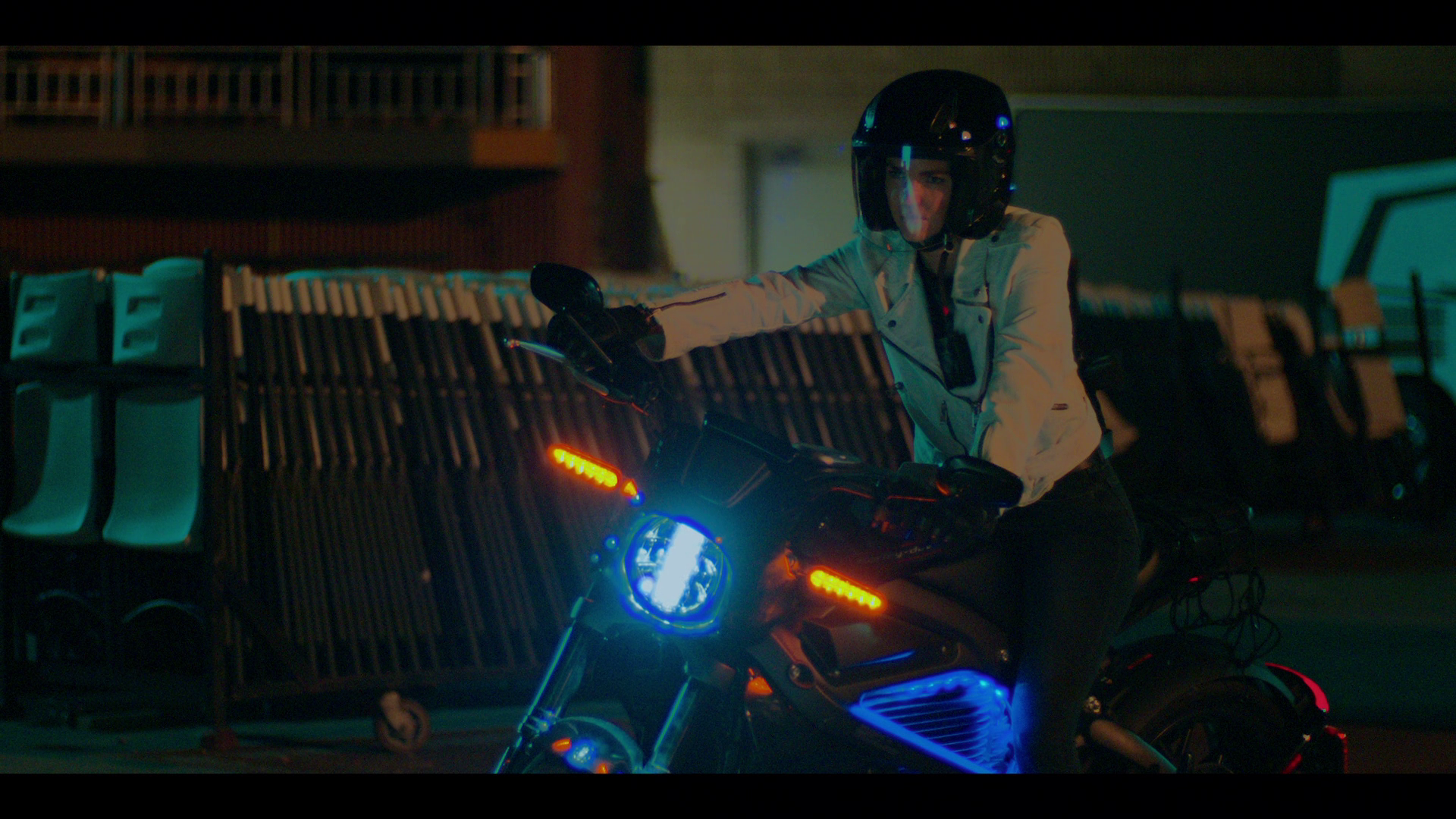 Wild color grading goes all over the place. Sometimes sickly yellows and neon greens dominate. Inside Freeman’s house, purples and blues rush into the imagery. There’s minimal natural saturation anywhere, Vanquish flooded with wild color grading decisions. At times it’s attractive. The disc does well to keep things in check, aside from banding.

Like the rest, black levels run to extremes. While not heavy on crush – shadow detail sticks around – the image density sinks to deep black. Same with contrast, hearty and bright, begging for HDR, even if that might prove blinding in practice.

Barely any audio moves through the rears. A lengthy car chase barely sends vehicles between the front soundstage, let alone the surrounds. Little effort is made to establish spacing, and less so to create a sense of place.

A commentary from director George Gallows and editor Yvan Gauthier, and that’s all.

The worst thing Morgan Freeman’s ever been a part of, Vanquish goes beyond typical bad movie norms and establishes a new low in the modern era.

The 15 unaltered images below represent the Blu-ray. For an additional 25 Vanquish screenshots, early access to all screens (plus the 120,000+ already in our library), 120 exclusive 4K UHD reviews, and more, subscribe on Patreon.