While the opening action so frequently fades to black as to ignite a seizure, Kingsglaive does settle down. Two nations in eternal war, their respective kings calling a truce, and then utter chaos. While ponderous, the political machinations contain a seedy undercurrent where both sides show awareness in their exchanged dialogs. Neither trusts the other, the chosen words so careful, and the inevitability driving tension.

Centered in this is Nyx, an immigrant soldier rejecting a rebellion against the government, becoming the hero through a familiar, worn save-the-princess routine. That mysticism and fairy tale saga merge into a world that still uses cars, and its cities tower toward the skylines. Conjoined to the videogame, this is a concurrent story, realizing the game’s world in well-matched animation.

All of the guns and missiles fail to stop the magic-imbued heroes. Kingsglaive depicts a decidedly western war, with the Japanese-centric struggling to escape via their esoteric skills. At one point, Nyx takes two bullets, yet recovers because gun culture barely registers in Japan. Swordplay overcomes rocket attacks.

Once the dueling sides reveal their intentions, the final act surges toward constant action. For a while, it’s enjoyable. Soon though, the mess of vehicles, monsters, and breathing stone monuments collapses into indecipherable chaos. Lost in the mix is the main storyline, a major duel that sets the hero against his own as an invading kingdom unleashes their assault. Impressive visually, no question, as buildings fall and ships smash into the ground. In terms of narrative focus, it’s lost. Spectacle overtakes storytelling.

Obviously, those more ingrained in Kingsglaive’s world – that of Final Fantasy XV – will find more of value than a casual audience. Context helps, or otherwise it’s eye candy minus careful plotting (by the end, anyway). There’s still engaging world politics at play, suggestive and well-considered in the sly commentary while building a smart baseline for Final Fantasy XV. 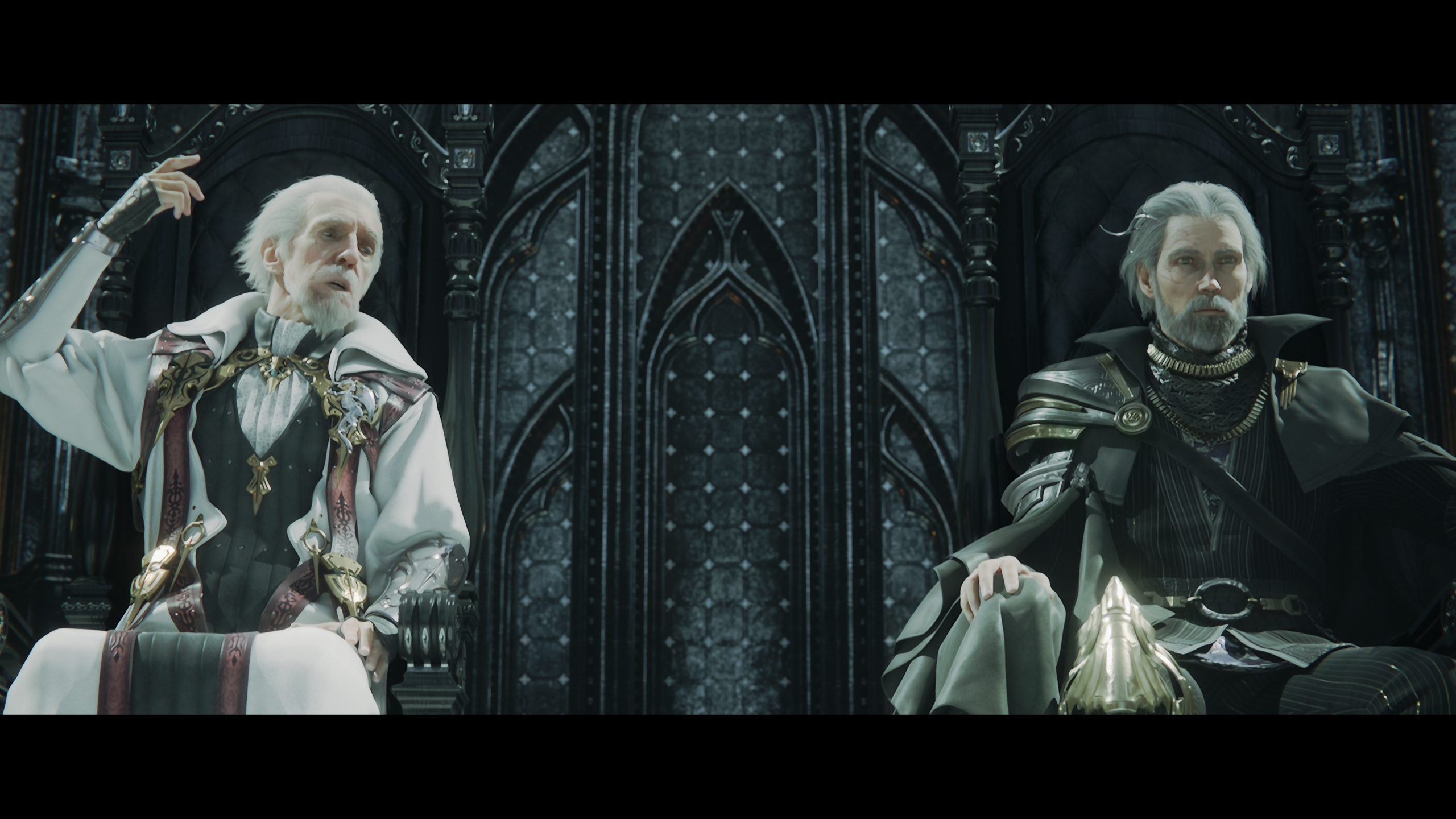 Upscaling causes issues for this 4K release. Shimmering and aliasing mar numerous shots, anything complex like wide views of cities. The animation itself sports plentiful detail. Skin texture and such excel.

At a distance though, smearing rears its head. Medium shots appear sloppy, hindered by DNR-like smoothing, possibly a means to hide budgetary restraints in the source material. Whatever the reason, the impact is clear, causing a definite loss in fidelity except when in close.

What helps is the HDR pass, spectacular stuff that emboldens lightning, fire, magic, sparks, and whatever else needs a brightness boost. Intensity is reference grade, even if the rest isn’t. Slightly dulled black levels don’t reach the same density (most of the time), but the brightness alone creates balance.

Both English and Japanese tracks come in DTS-HD. Note Kingsglaive is designed for the English mix. Either way, the boomy 5.1 effort drops plentiful bass. Not the tightest on the format, but a hefty jolt is delivered as needed. Large creatures stomp the ground, generating low-end power. Magic and explosions add to the heft.

Directionality isn’t as precise. Tracking moves objects around, if without notable positioning. Usually, the sound is akin to a surrounding wall. Bold, wide, but lacking in specific speaker use.

Four featurettes reside on the Blu-ray, the most interesting detailing the technology, the rest dull promo material. The longest barely passes six minutes.

While suffering from an incoherent final chapter, Kingsglaive sets up an engaging world of political nuance amid creative fiction.