Note: War of the God Monsters‘ Blu-ray is currently exclusive to SRS

It’s necessary to know what War of the God Monsters is before settling in – a Korean independent production about a single father, obsessed with proving a scientific theory, intermixed with stock footage taken from Japan’s Return of Ultraman TV series.

Understanding that reality, and knowing the monster footage makes little (if any) coherent sense, War of the God Monsters isn’t without merit. In keeping with budgetary restrictions, the focus locks in on this isolated, singular family. No government or military meetings; it’s all self-contained on what a disaster like this would do to a strained relationship.

War of the God Monsters isn’t without merit

Ki-Ju Kim is the only actor of renown, playing the father to a little girl who mourns her dead mother. Rejected from the community for his theories on living dinosaurs, Kim lives in exile, his research locked to outsiders. There’s a genuine drama in this story, showing how disaster brings perspective to life and what’s truly important. A sub-plot involving a viral outbreak caused by Kim’s fossil excavation – hospitalizing his own daughter – forces Kim to reconcile his actions.

Released in 1985, War of the God Monsters blames climate change for its kaiju. Arctic ice melts from carbon emissions and out these creatures go to the sea; Kim’s theory is proven right, albeit in disjointed, wonky footage that rarely fits together. It’s not just Return of Ultraman either, but squished widescreen images forced into a 4:3 aspect ratio.

Regardless, there is genuine effort to build a compelling story minus financial backing. The passion is obvious. Director Jeong-yong Kim primarily handled kung-fu films prior, even a Brucesploitation flick, then faded not long after War of the God Monsters. Sketchy origins aside, this isn’t a film without talent, including beautiful beach side cinematography, competently done panic scenes, and the central father/daughter conflict. Take out the giant monsters and this is still a decent story (maybe even a better one). It’s not special or memorable, but honest and sincere in depicting a necessary balance between work, compulsion, and that which matters above all else. 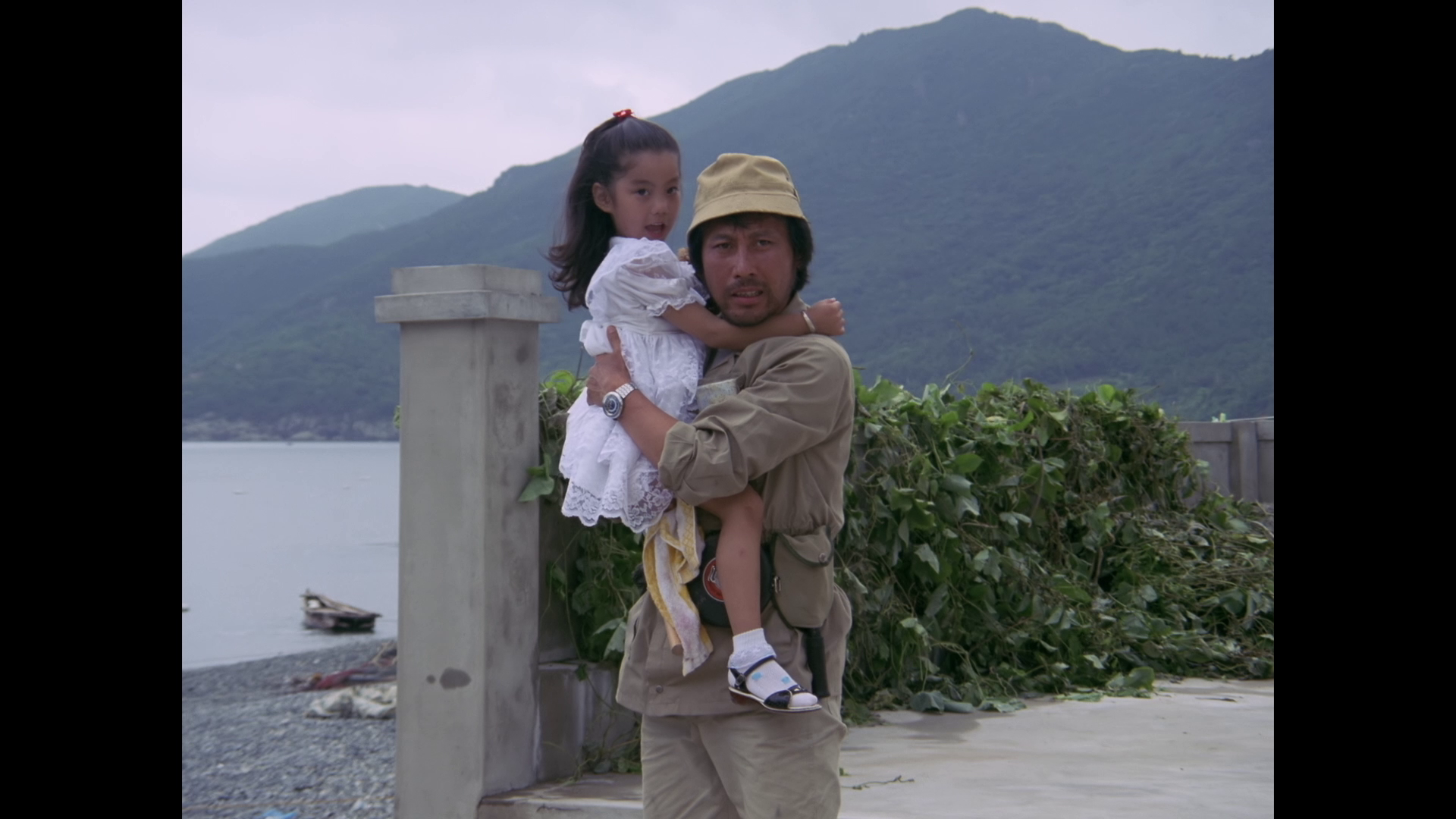 It’s clean. Too clean. Being a cheap independent production, there’s hardly any grain in the image to suggest a film stock. Fidelity is scrubbed clean by digital tools, leaving everything unnaturally smooth. The master itself appears fine, high enough in resolution and recently done. No damage shows either, so it’s well preserved. Shame the imagery is so oily in appearance.

It’s also a bright, even perky transfer. High contrast pleasingly counters the dense black levels, some crush aside. SRS’s encode shows a few bouts of banding, nothing severe, but notable. Otherwise, the compression is invisible.

Presented in Dolby Digital, it sounds as if all the audio elements were dubbed in post. Dialog echoes and reverbs, as if recorded in a poorly soundproofed booth. The mix runs loud too, obnoxiously so. That makes the dialog harsh and the music excessive when it comes to bass. Occasionally, treble wavers in pitch, like a degraded cassette tape.

Trailers and that’s all.

War of the God Monsters

An oddity in the kaiju genre, War of the God Monsters isn’t much for action given it’s all stock footage, but there is a satisfying family drama inside.

The 15 unaltered images below represent the Blu-ray. For an additional 29 War of the God Monsters screenshots, early access to all screens (plus the 120,000+ already in our library), 120 exclusive 4K UHD reviews, and more, subscribe on Patreon.