Gary Oldman plays a tenured professor in Crisis. Most of his lines play out as if someone filmed a newspaper editorial about big pharma, financial corruption, and morality. Practically every word comes determined to make a statement, leaving behind the rest of his character. That includes a pregnant wife who turns into an emotional prop while Oldman continues to fight against corporate and government bureaucracy.

It’s notable for how Oldman is so grossly out of place. While Crisis intertwines two other story threads concerning the opioid trade, Oldman’s dangling third part never earns grounding. Crisis uses him for morals alone, nothing more, while the dramatic center finds a grieving single mother and DEA agent both chasing the same Canadian kingpin.

Crisis has reason to exist, even if the script never says anything not already known

Between those two protagonists, Evangeline Lilly and Armie Hammer respectively, Crisis finds an engaging story of how prescription narcotics affects even those outside the trade. Plus, it’s more honest, less preachy and less blatant. Certainly, more effective too.

Crisis has reason to exist, even if the script never says anything not already known. The plot jumps between its three different arcs, one focused on fighting illegal distribution, one on legal distribution, the other the result of both (and their failures). While eventually succumbing to the action movie climax (and shaky drug deal in an abandoned warehouse), Lilly’s character plays her part with nuance. A vengeful mother, seeking a release for her grief, but not turning into a proto-John Wick. She’s terrified, even clueless as to what she’s stepping into. Crisis can readily sprout a movie based on her alone.

The rest doesn’t deliver texture. DEA agents wrestling with their system and higher-ups feel narratively complacent; Hammer as the lead investigator doesn’t shy from a gruff archetype, infinitely heroic and infallible. Such purity isn’t plausible, nor is he stoppable. Given his peerless personality, sourcing the border-crossing pills seems more like an inconvenience.

Needless side bits about Hammer’s on-screen addict sister add nothing. Same goes for the comically cliché executives pushing their latest pain killer, falsely claiming it’s non-addictive. Oldman goes against the latter, risking his career against blatant bribery and marketing speak. Again, it’s a storyline conducive of its own separate movie – if not a good one.

When Crisis glances the human scale, away from stereotypical addicts and focusing on those caught accidentally by the trade, it makes a potent plea. The rest though sags to a sloppy, forced finish. 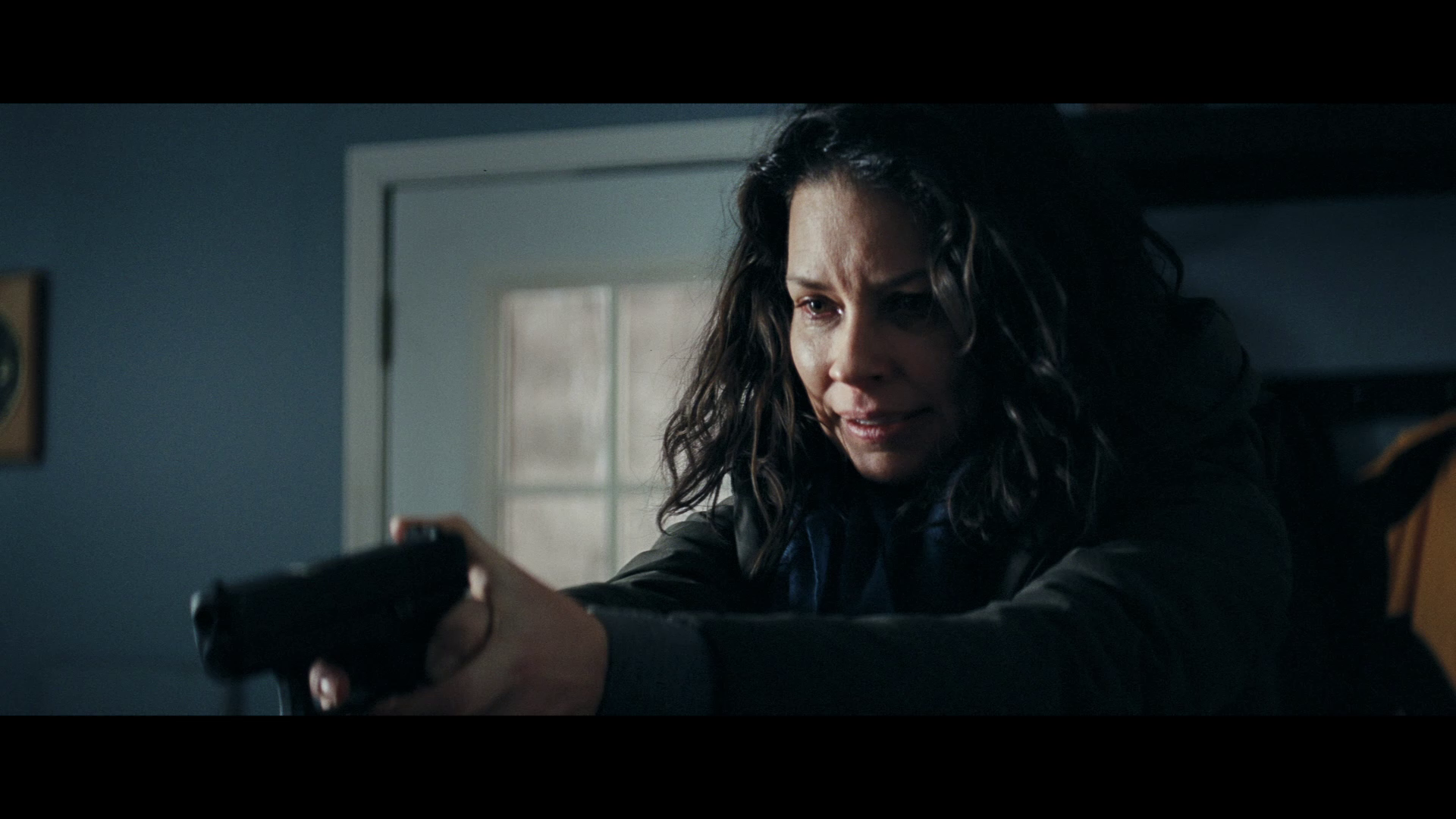 Ugly encoding causes constant problems for this imagery. At the source, Crisis is high on noise and that doesn’t help, but the artifacting is severe enough to blot out the noise entirely. Backgrounds suffer banding regularly. It’s a mess of digital-ness, and with none of the clarity benefits.

The result is marginal imagery, limited in fidelity and texture. Crisis shows some HD life, while overall sharpness matches that of a moderate stream, not a healthy disc-based bitrate. Other than extreme close-ups, facial definition flattens.

In Dolby Digital only, mixing favors city ambiance in a wide stretch. Passing wind and/or cars fill the stereos, then push into the rears. For a dialog-heavy drama, this allows the soundstage to stay active. Compressed audio aside, design does utilize the fill width available.

Nothing, not even an extras menu.

While heartfelt in an attempt to approach opioid abuse, Crisis sidetracks into needless sub-plots and numerous cliches.

The 15 unaltered images below represent the Blu-ray. For an additional 23 Crisis screenshots, early access to all screens (plus the 120,000+ already in our library), 120 exclusive 4K UHD reviews, and more, subscribe on Patreon.