Blending CG animation with expressive stop-motion techniques, The Little Prince is a visual delight for all ages with gorgeous creative direction. The thrilling visuals are married with solid storytelling and help tell a worthy, heartfelt message.

The main protagonist, a precocious young girl, learns that childhood is a magical time for emotional progress and developing connections, even as adults pressure her into growing up ahead of schedule. The message includes a timely critique on the emotional stress helicopter parents sometimes unintentionally inflict on their children.

The Little Prince is about a young girl (Mackenzie Foy) pushed quickly into adulthood by a concerned mother (Rachel McAdams), mostly worried about getting her daughter ahead in a competitive school. The girl’s happiness is almost secondary to the rigorous work schedule she’s given. Thrust into a grown-up world with little time for exploration or fun, the “Little Girl” meets an eccentric elderly neighbor that soon changes her entire outlook on life.

Living next door to the kooky “Aviator” (Jeff Bridges), the elderly man introduces his new friend to a magical story he learned as a boy about a “Little Prince”. Filled with hope and wonder, it’s a metaphor for retaining a child-like curiosity as the pressures of adulthood start creeping into your life. The Little Girl’s journey will have her rediscover what it means to be a kid exploring the wondrous world of the Little Prince. She will embark on curious adventures beyond the boundaries of her own imagination.

The Little Prince is a moving and charming family film for children, while providing an implied message that parents should hear. Come for its unique animation but allow the film’s gentle themes warm your heart with joy. 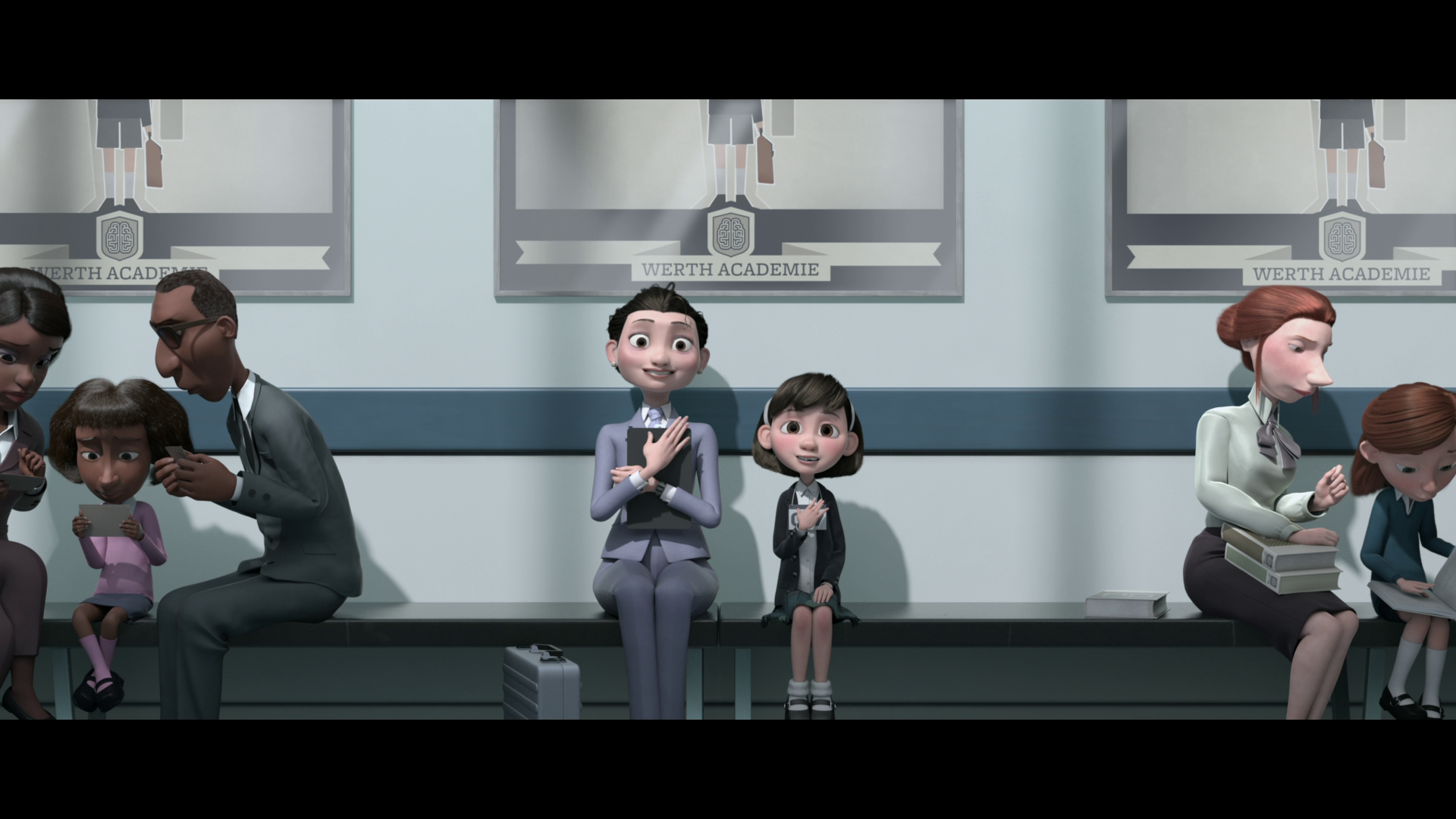 One wonders what the meticulous animation could look like with in 4K resolution with a quality HDR pass. The Little Prince utilizes both stop-motion techniques and CGI for an unforgettable animated spectacle that looks like no other animated blockbuster.

The Little Girl’s world is dominated by more realistic colors with limited highlights. While I wouldn’t consider it drab, there is something routine about its color palette and design. Everything in the animation becomes more lively and vibrant when switching over to the Little Prince’s adventures with the Aviator.

The 1080P video offers a perfect contrast with inky black levels. Detail is fantastic, offering incredible definition in the stop-motion scenes. The mostly flawless digital animation neatly integrates into the stop-motion-animated segments with just a few hints of aliasing.

Authored by Technicolor, probably the best in the business, the AVC encode is superb. Spread over a BD-50, the effortless transparency captures the brilliant colors and incredible stop-motion miniatures with amazing clarity.

The Little Prince offers stunning 2.35:1 video with maximum clarity and impressive lighting effects. The CG animation has its quirks but generally holds up well with big-budget fare from DreamWorks and Pixar. The big draw here is the pristine stop-motion animation filmed with top-notch precision.

The 7.1 Dolby TrueHD audio is an exercise in careful staging and playfully discrete placement. The dense mix has pinpoint clarity. It’s not quite the surround delight one expects for a new movie with bombastic rears tossing out fairly mundane elements.

The gentle score has a nicely balanced, forward soundstage with impressive extension and clean imaging. Smooth fidelity and intelligible dialogue are rendered with fine dynamic range. The soundtrack adds to the movie’s wondrous atmosphere but rarely overwhelms the audience.

Optional English and English SDH subtitles play in a white font, inside the scope presentation at all times.

It’s taken a few years but Paramount finally sees fit to issue The Little Prince on Blu-ray in North America. For whatever reason, a couple of special features from previous international editions have been left off. Distributors in other territories like France and Japan, including Paramount themselves, issued The Little Prince on 3-D Blu-ray. There is almost no chance the 3-D BD will ever get released in North America.

Paramount here includes a nice making-of featurette and a digital copy that redeems in HDX quality on either VUDU, iTunes or FandangoNow.

The Making of The Little Prince (25:52 in HD; French and English audio w/ English subtitles) – This extended look behind the scenes dives into the rigorous stop-motion miniatures needed for the mesmerizing animation. The French producer and character designer describe their reasons for making certain production decisions. It’s a thoughtful, detailed examination of the thought process adapting the beloved children’s story.

“Turnaround” Music Video (03:25 in HD; 2.0 Dolby Digital) – A nice song by Camille with scenes plucked from the movie.

A wonderful adaptation of the beloved children’s story with dazzling stop-motion animation and tender themes about childhood and growing up.

The 15 unaltered images below represent the Blu-ray. For an additional 36 Little Prince screenshots, early access to all screens (plus the 120,000+ already in our library), 120 exclusive 4K UHD reviews, and more, subscribe on Patreon.