Motown founder Berry Gordy wanted to launch his superstar Diana Ross into an acting career by the early 1970s. Ross portrays legendary singer Billie Holiday in Lady Sings The Blues, a vehicle for the former Supreme that would ultimately earn five Oscar nominations. Diana Ross shines as the troubled Jazz and Blues icon in her screen debut, leading to a Best Actress nomination. Billy Dee Williams and Richard Pryor star opposite the musical diva.

Adapted from Billie Holiday’s autobiography, the biopic covers the jazz singer’s troubled life from her days as a teenager to eventual stardom touring America and Europe. Lady Sings The Blues also covers Holiday’s more sordid substance abuse issues with sympathy, including her arrest for narcotics. Hooked on heroin and other substances, she passed away at the age of 44. Richard Pryor is great as a piano player that befriends the young singer.

There is real magic on the screen when Diana Ross and Billy Dee Williams are together. Playing Holiday’s smooth boyfriend and manager Louis McKay, the pair share undeniable chemistry that apparently existed even when cameras stopped rolling. Billy Dee Williams wrings the best moments out of the inexperienced Ross, who feels her way around the dramatic scenes with plucky abandon.

Diana Ross is at her best in the film when playing what she knows best, her day job as a star singer and performer. While sounding and looking nothing like the real Billie Holiday, the Motown star’s singing in the film is some of the best in her storied career. Running well over two hours, Lady Sings The Blues is a star vehicle tailored for a dynamic performer and Diana Ross is perfect for the role.

Lady Sings The Blues was an important landmark for Black cinema in the decade, a lavish Hollywood production that rose high above the growing Blaxploitation trend. It’s the case of a movie hitting in the right place at the right time during the seventies, meeting a growing awareness and appreciation of African-American music across the country fueled by one of music’s biggest stars. 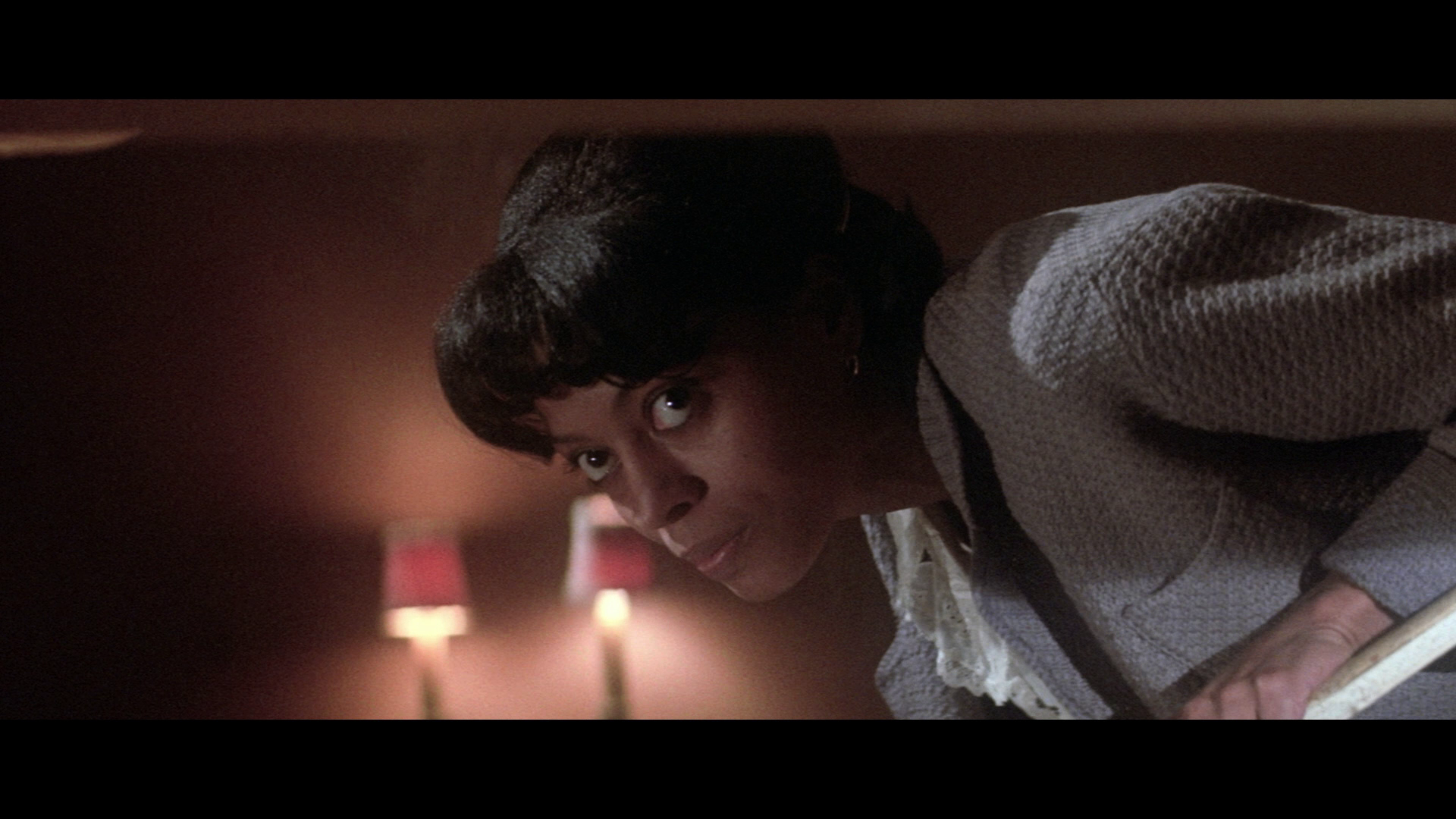 Paramount has not been shy promoting new film transfers for their recent Blu-ray reissues, so the lack of any mention for one here tells me this new Blu-ray is from an older master. The 2.35:1 presentation is soft but film-like with decent levels of fine detail. The 1972 biopic has reasonably solid picture quality at 1080P resolution. Lady Sings The Blues runs 144 minutes, encoded in transparent AVC at excellent parameters.

The unprocessed film scan reflects the soft-focus cinematography without ringing. Lady Sings The Blues isn’t bursting with color, the mostly flat palette renders flesh-tones well without fading. Paramount has given the film a credible, though somewhat dated, transfer. Clarity is pretty solid with serviceable black levels and an acceptable contrast.

The success of Lady Sings The Blues helped sparked renewed interest in Billie Holiday’s songs and Diana Ross’s singing in the film is a star attraction. However, the movie’s soundtrack is a limited 5.1 Dolby TrueHD mix with pedestrian engagement. Calling it a true surround mix is being generous. Paramount has simply reused whatever limited audio mix they created for DVD.

Dialogue is adequately reproduced though a couple scenes have minor issues in that department. Bass is on the light side for a movie bursting with Jazz hits and occasional singing. The recording is thin and lacking beyond the simple basics of the original monaural mix. There is practically no surround involvement.

Optional English, English SDH and French subtitles play in a white font inside the scope presentation at all times.

Paramount doesn’t add anything new for long-time collectors on this Blu-ray. All of these special features have been carried over from their collector’s edition DVD set. Buying this new BD is strictly about the enhanced A/V quality.

Commentary by Executive Producer Berry Gordy, Director Sidney Furie, & Artist Manager Shelly Berger – A really interesting group discussion with people heavily invested in the movie and career of Diana Ross. Motown legend Gordy shares how he was looking to make a movie for the Black community and create screen icons for the cinema. They mention how this role helped save Richard Pryor’s career in Hollywood.

Behind the Scenes: Lady Sings the Blues (23:06 in SD) – A well-made peek behind the scenes with Diana Ross and Billy Dee Williams giving extended interviews, mixed with other fine contributions breaking down the movie’s production.

The 15 unaltered images below represent the Blu-ray. For an additional 29 Lady Sings the Blues screenshots, early access to all screens (plus the 120,000+ already in our library), 120 exclusive 4K UHD reviews, and more, subscribe on Patreon.