Also known as Legend of Deification, Jiang Ziya is the follow-up to Chinese box office smash Ne Zha. Aimed more at adults this time, the action-packed adventure plucks from Chinese myth an epic tale between Heaven and the sinister Nine-Tailed Fox Demon. Brilliantly animated, Coloroom has crafted a violent but intoxicating fantasy romp with gods and demons. The impressive folk storytelling and memorable characters make for a distinctive animated spectacle set apart from the more childish fare coming from Hollywood.

Commander of the celestial army, Jiang Ziya is ordered by the Heavenly Masters to execute the terrifying Nine-Tailed Fox Demon. Her existence threatens the entire world. Sensing the demon’s spirit is connected to a mortal girl, Jiang Ziya disobeys the edict and is banished to the mortal realm. Years later, the hero comes across a young girl that happens to have fox ears and may have some connection with the demon. Jiang Ziya is given one more chance to execute the demon and become immortal once again, even if it costs an innocent girl her life.

Jiang Ziya is Chinese fantasy writ large, told with vibrant animation and a surprisingly complex morality. The visual storytelling is impeccable with expressive character designs. The Chinese have learned their moviecraft well, mimicking many of the character traits commonly found in animated Hollywood fodder from Pixar and DreamWorks. There’s the spunky young girl, earning the affections of the stoic hero as they travel together on their adventure.

While Jiang Ziya obviously resonates more for Chinese audiences familiar with its ancient myths, the wuxia-like animation and engaging story should entertain all audiences. It may run a touch too long, including a post-credits scene possibly setting up Coloroom’s next animated movie. 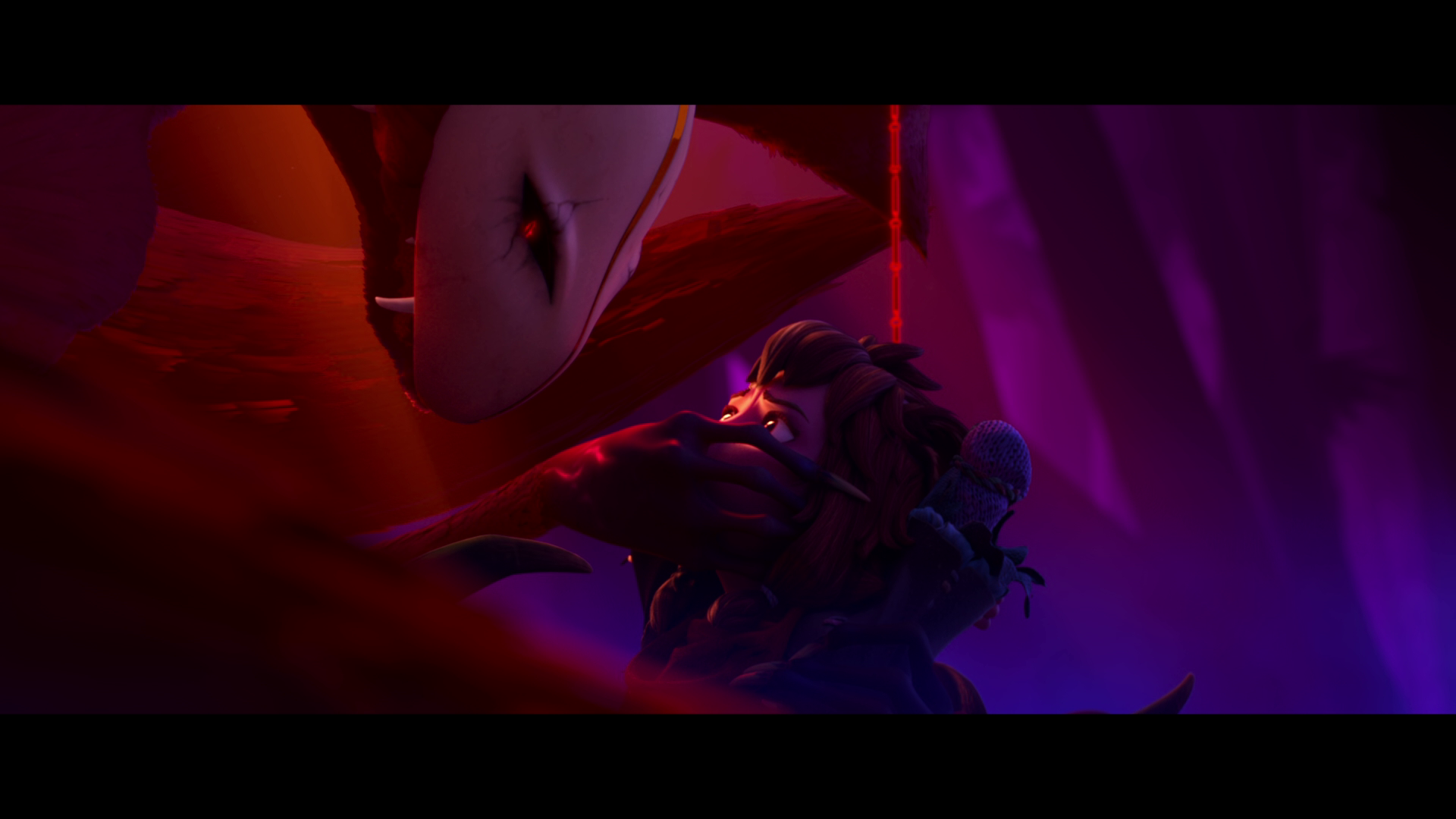 Having now seen thousands of movies on Blu-ray and UHD over the years, few discs truly stun me anymore with their video quality. Jiang Ziya might have the best art direction and lighting I’ve ever seen for an animated CG film on Blu-ray. The video quality is breathtaking thanks to the inspired animation. The characters from Chinese folklore and legend come to vivid life in dazzling color. While the animation isn’t technically as polished as the latest and greatest Pixar, this is some of the most beautiful and fluid CG animation ever made for fantasy characters.

Well Go USA provides a handsome, faithful 2.35:1 presentation on Blu-ray. The native CG animation has a few, tiny rough edges most won’t notice. One scene has hints of posterization and banding in the otherwise superb AVC encode. But the strongly saturated primary color gradients are largely pristine. The starkly crimson Nine-Tailed Fox Demon is a visually stunning design which glows with an intensity rarely seen outside of HDR.

There’s so much vibrant eye candy in Jiang Ziya that adults and children alike will both delight in the insanely detailed and smoothly-rendered animation. The animation is on par with the best Hollywood has to offer, albeit with more soul and creativity infused into it than the latest blockbuster. Truly spectacular with few legitimate complaints on a technical level.

It’s upsetting Well Go USA has passed on a UHD release for the very impressive-looking Jiang Ziya. Its direct predecessor from Coloroom did receive a fairly nice UHD, Ne Zha. I can only imagine how a decent Dolby Vision pass would look on the brilliant color palette and striking designs.

The English dub is well-done with tasteful choices for the most important characters. While I normally roll with the original audio for most foreign animation, English audiences shouldn’t feel bad for choosing the fine English dub in this case.

The surround mix is heavenly, a heavyweight discrete experience with powerful bass and pinpoint separation. Battles project a huge soundstage with rigorous extension and a smooth musical score. Dynamic range is mildly compressed, this is a loud and heavy soundtrack. Dialogue is cleanly reproduced in harmony with the wider surround elements. The active, densely-packed surrounds carry Jiang Ziya’s engaging audio.

Optional subtitles include English, English SDH and simplified Chinese (Mandarin) options. They all play in a white font inside the 2.35:1 scope presentation. The English subtitles are a direct translation from the Mandarin audio; they are not dubtitles. Secondary 2.0 Dolby Digital tracks complement both the English and Mandarin dubs.

Slipcovers are available for this Blu-ray from Well Go USA. Extras include the trailer and nothing else.

The obvious issue here is that Coloroom’s second entry in their supposed Fengshen cinematic universe isn’t on 4K UHD. Sales must have been disappointing, since Well Go USA skips UHD for Jiang Ziya after doing a decent one for Ne Zha.

The 15 unaltered images below represent the Blu-ray. For an additional 50 Jiang Ziya screenshots, early access to all screens (plus the 120,000+ already in our library), 120 exclusive 4K UHD reviews, and more, subscribe on Patreon.